(Yeah, I know, the real action is up the street at the new Burberry store, but I'm holding off until I can get better photographs - hopefully tomorrow.)

You want elegance?  543-545 North Michigan exudes elegance, just as it has since 1929, when architect Philip B. Maher designed the classically-styled building, complete with Mansard roof and the Art Deco reliefs of two women suitably draped to represent the original, long-vanished occupant, one of Chicago's premiere dressmakers. 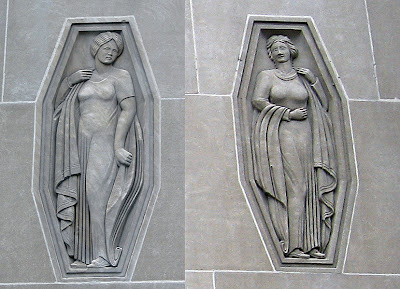 Even as its neighbors fell to hyper-development, 545 North has endured as a momento of the Mag Mile's golden age of carriage-trade elegance.  The interior has gone through a number of gut rehabs - most recently as a flagship store opened by Nokia just as its cellphone empire had begun to crumble -  but the facade and form have always served admirably, regardless the tenant. 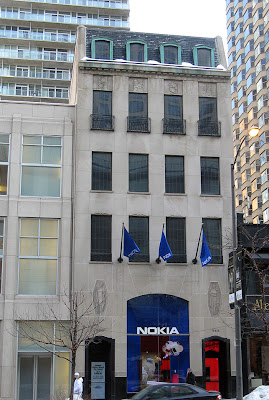 Until  now.  543-545 doesn't seem to have been good enough for Swatch Tourbillon, which is creating its own flagship boutique in the space. I checked it out after being tipped off by my friend Joel Bruner, and while there's always the chance the final result will somehow be better, for now, it's one of the ugliest - and unnecessary - "upgradings" I've seen inflicted on any building, much less one on such a high-rent street. 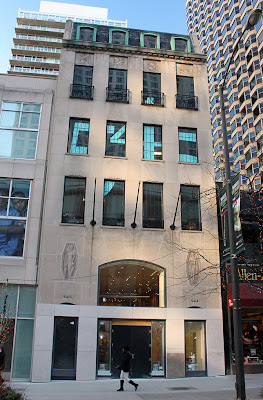 The architect has chosen to cover up the first floor facade with a graceless false front, covering over the opening above the doors while herniating a miniscule sliver over the top that's like an eyebrow window struggling against the effects of a bad hangover. 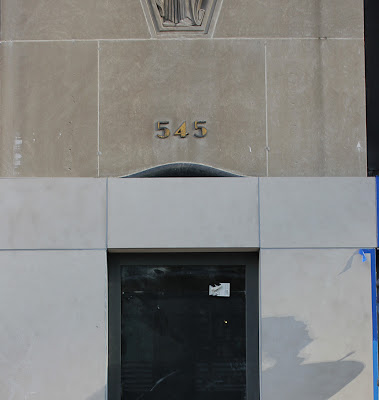 It's not exactly a premium quality facing . . . 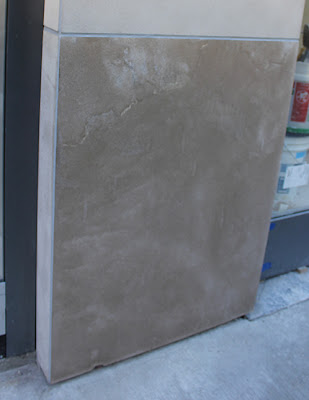 On the scale of outrages, I know this doesn't rank very high.   It can all be ripped out later, when Swatch goes the way of all trendy boutiques.  Still, it rankles.  If you've already got something this handsome, why muck it up?  Hasn't anyone told the Swiss that this brand of cheap irony is dead? 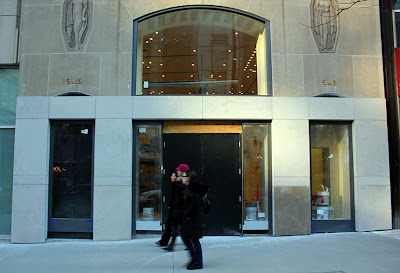 HORRIBLE!
Why can some people
EVEN
be called an 'Architect"
with
that level on insensitivity?

Time to give Swatch PR a ring...

STUPID! Chicago needs to wake up and take good look at what little they have left of achitecture with texture, style, grace and history....or all they will they will be left with is the numbness of new corporate dumb.