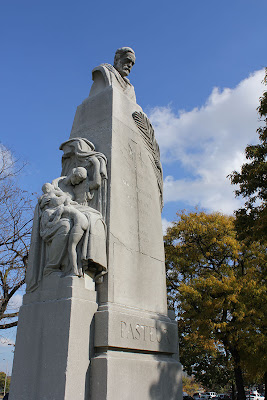 click on images for larger view
Looking down to his right, the bust of Louis Pasteur sees a chastely draped young woman cradling two suffering children, symbol of the world of disease and want that the famed French scientist's discoveries helped to dramatically transform for the better. Even as he contemplates their forms with a stoic dignity, however . . . 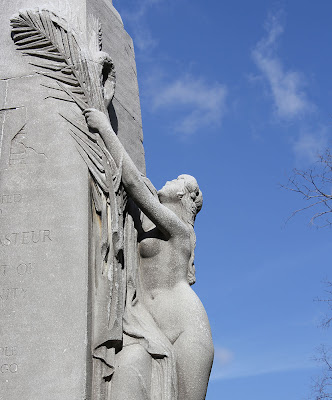 . . . he's about to be slapped in the face with a palm frond a buxom nude is stretching out to him from his left side: "Yoohoo, Lou-eeeee!"

It's reminder both of how the enduring search for beauty has always found expression in the feminine form, and that from Titian to Robert Altman, before and beyond, one of the attractions of being a great artist is getting beautiful women naked.

The composition is part of the Louis Pasteur Memorial, with a base designed by Edward Bennett, created by sculptor Leon Hermant, born in France, educated in Europe, but who wound up being very active in Chicago, usually in collaboration with Carl Beil. His work includes the reliefs on One North LaSalle, and the frieze on the Illinois Athletic Club. 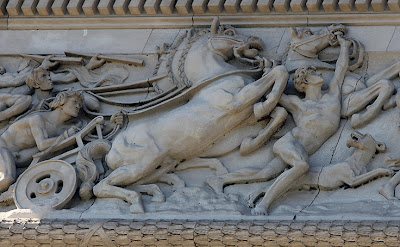 A bronze plaque on the monument carries a quotation from Pasteur . . .


One doesn't ask of one who suffers: what is your country and what is your religion?  One merely says, you suffer.  This is enough for me.  You belong to me and I shall help you.

If he were alive today, they'd be running attack adds against him. 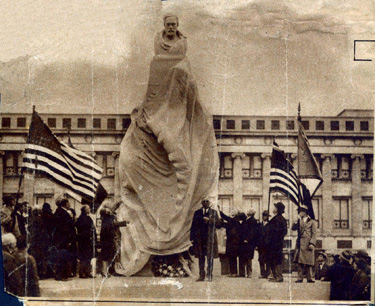 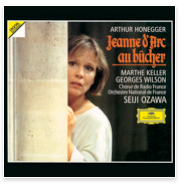 The monument was originally erected on a site just to the west of the Field Museum.   It was the work of a committee of civic leaders created by Dr. Frank Billings, who had studied under Pasteur. Its October 27, 1928 dedication, seen in the photo above from the Pasteur Foundation website,  was attended by U.S. Vice President Charles G. Dawes, whose Evanston mansion - at least for now - is home to the Evanston Historical Society.

Traveling to Chicago for the event was the newly appointed French ambassador to the U.S., poet and playwright Paul Claudel, who was writing eleven-hour plays when Eugene O'Neill was still brooding in knee socks, and who was also the author of the libretto for Arthur Honneger's 1938 oratorio, Joan of Arc at the Stake.

Claudel was accompanied by his daughter, but not his sister, a far more famous and accomplished sculptor than Leon Hermant, Camille Claudel. Back in 1913 Paul had committed her, after a diagnosis of schizophrenia, to a psychiatric asylum, where she would be confined for the final three decades of her life despite the continual entreaties of her doctors that she be released.

In June of 1946, as part of a general renovation of Chicago's west side medical district, the Pasteur Memorial was moved to its present location at what was then called Convalescent park, at 1800 N. Harrison.  At the time, it was said to be 25 feet, 4 inches tall, and weigh 41 tons.  Descriptions have been varied and confused.  One account describes the bust of Pasteur at the top of the monument as cast in bronze, though it's obviously stone. In 1928, the monument was described as being made of Italian Carrara marble; in 1946, of Georgia white marble, although it is actually limestone. 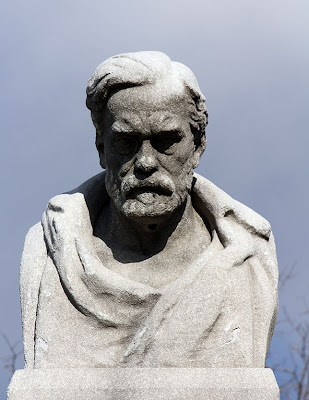 Whatever its composition, the Pasteur monument has aged badly.  There are numerous cracks.  The features of its figures have eroded and grown indistinct over time.   Pasteur now seems to look down in a mood of rueful abandonment, a ghostly presence in the shadow of the crumbling grandeur of an abandoned hospital, the roar of expressway traffic rushing indifferently at his back. 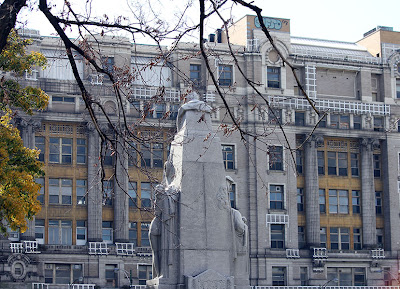 Fascinating story. The arc of these connections is better than a Stieg Larsson novel; and better yet, it's real.

Is this monument to be preserved as part of the Cook County Hospital Rehab? If so, this story should stand alongside, somewhere...

The scientist always gets the girl.