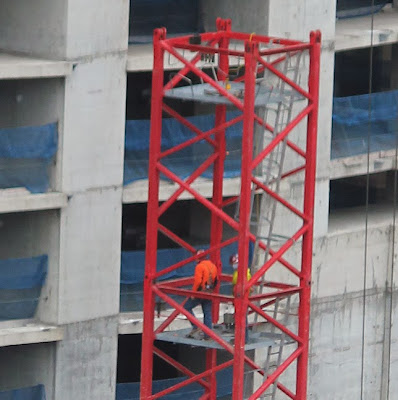 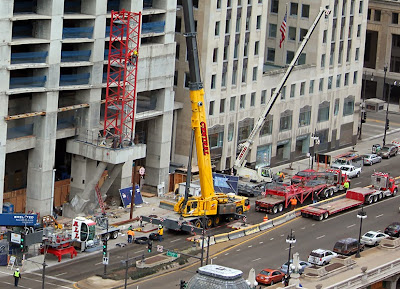 This was the scene at  111 West Wacker, formerly known as the abandoned, uncompleted Waterview, which was to combined a Shangri-La hotel with luxury condos before the whole thing went bust in the crash of '08.  Like the same movie run in reverse, the morning's activity looked pretty much just like it did this past February when they began erecting that tall red crane . . . 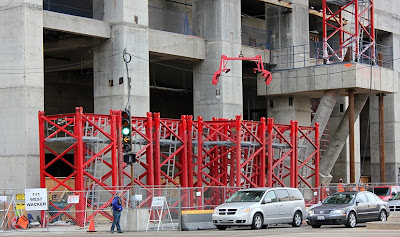 Now, the building has been topped out, much of the curtain wall is already in place . . . 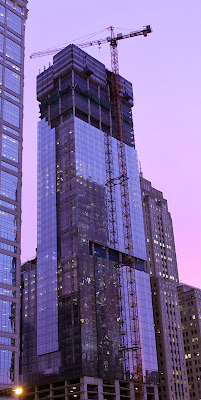 Today, construction workers blocked off Wacker to finish the job of dismantling the crane that had grown to rise above 111's 60 story roofline . . . 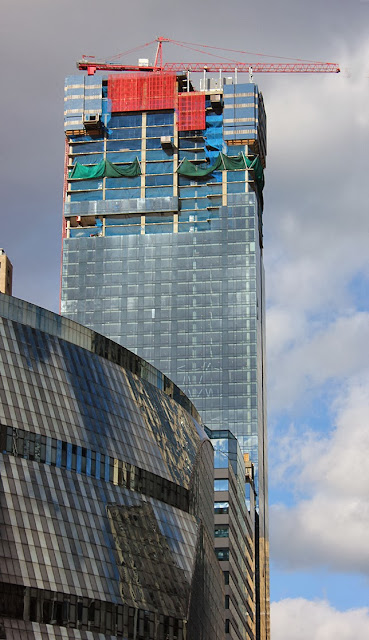 The work moves inside, as they finish up the building's 504 luxury apartments.  As Waterview, this project had taken on the aura of the accursed.  As 111 West Wacker, rethought and revived by Related Midwest, with a second groundbreaking last November, it now looks a sure bet to make it all the way to the finish line, late next year. 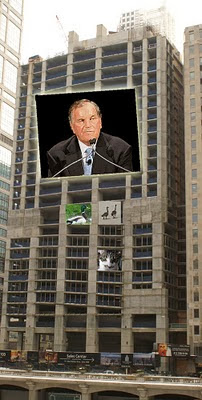 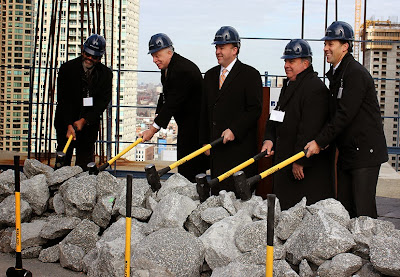 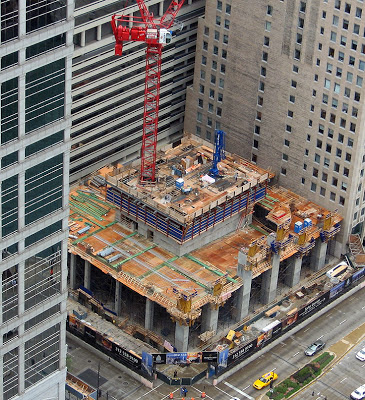 Unknown said...
This comment has been removed by the author.
4:41 AM

Hey blogger thanks to give such good information about construction machinery equipment Monkey hoist(jib crane) .

I am very thankful to you for write this fruitful information.It is worth sharing for other users.Thanks once again