Play With My Feet, Magritte

Imagine if you will, coming out of Lake Michigan after a swim at Oak Street beach.  The sun is warm. the sand hot.  Your eyes slowly adjust to the glare when, suddenly, you see it - a pair of huge silvery feet that turn . . . into boots.
No, you haven't been stung by a rabid zebra mussel.  It's not the latest experiment in genetic engineering, or even a commentary on Hanig's Footwear being forced from their flagship store. 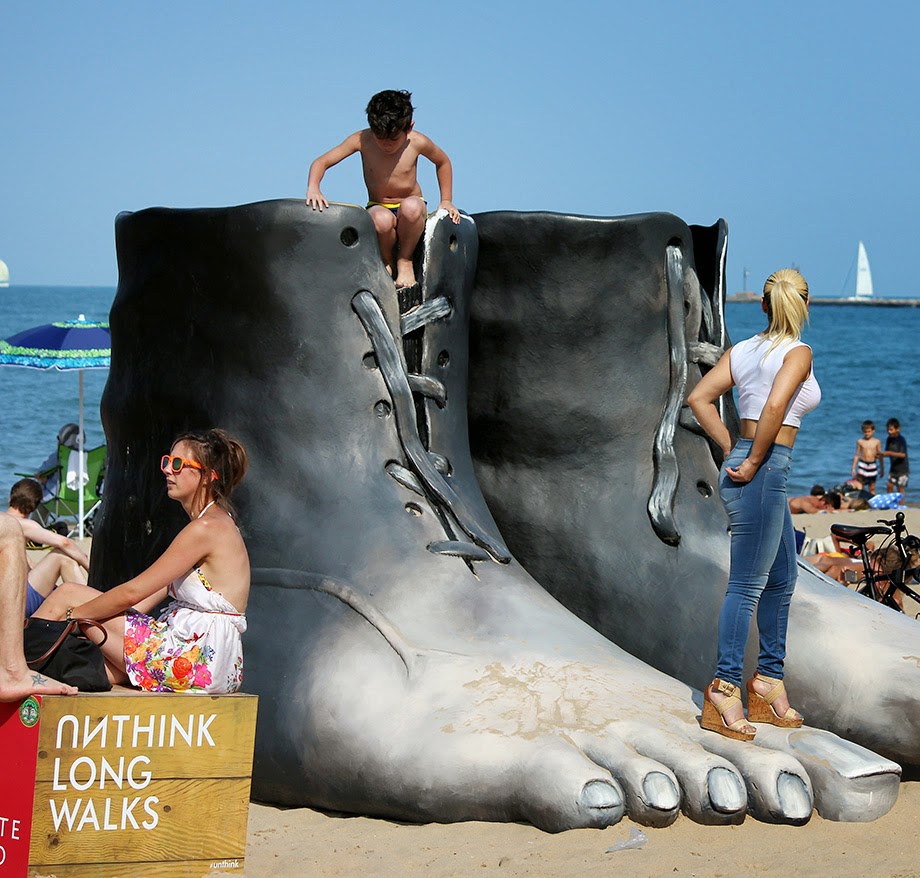 It's the latest inspiration from Chicago ad agency Leo Burnett in their ambitious Unthink campaign promoting the major retrospective, Magritte: the Mystery of the Ordinary, 1926-1938, which runs at the Art Institute through October 13, 2014.  The strategy is to bring surrealism to Chicago locations other than the City Council chamber. 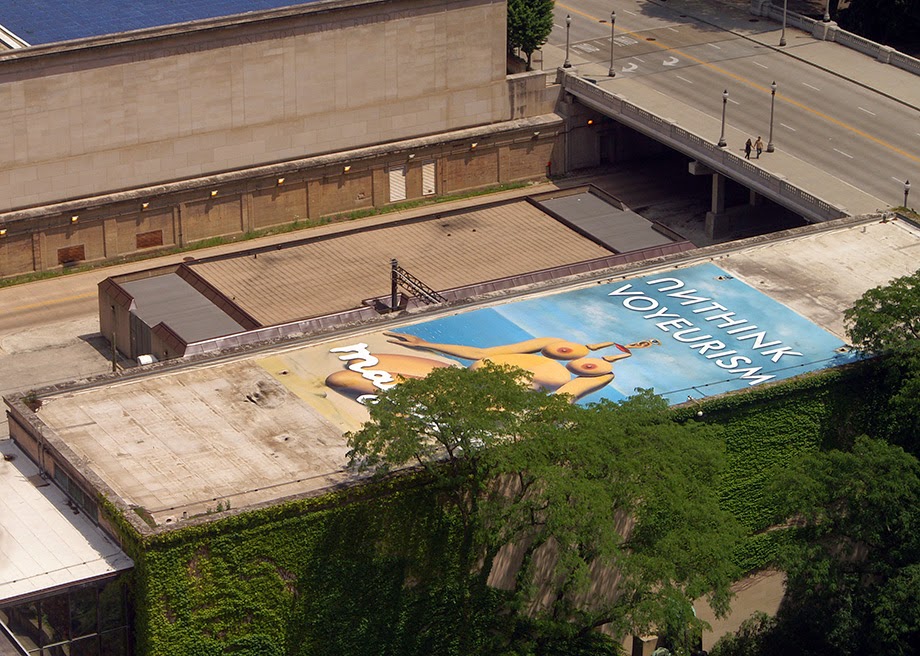 We've already written about the Unthink Voyeurism mural painted on the roof the Art Institute's Morton Wing, where the most surreal component is not the content of the mural but the fact that it's invisible to everyone not in a nearby tall building or airplane. 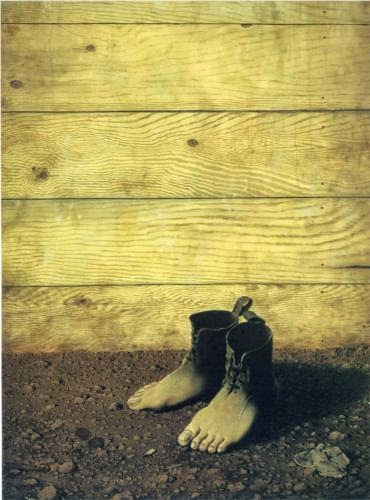 The feet at Oak Street Beach are seven feet tall, made out of plywood and carved foam, hard coated in urethane.  Each one weighs 800 pounds..  They're a re-imagining of the pair in Magritte's 1934 painting Le Model Rouge, blown up to Oldenberg proportion.  The AIC press release says they were the artist's “way of calling attention to the fact that we often cover our own flesh with dead animal flesh.” Unlike at the beach, where we uncover our flesh with plant fabric over the naughty bits. 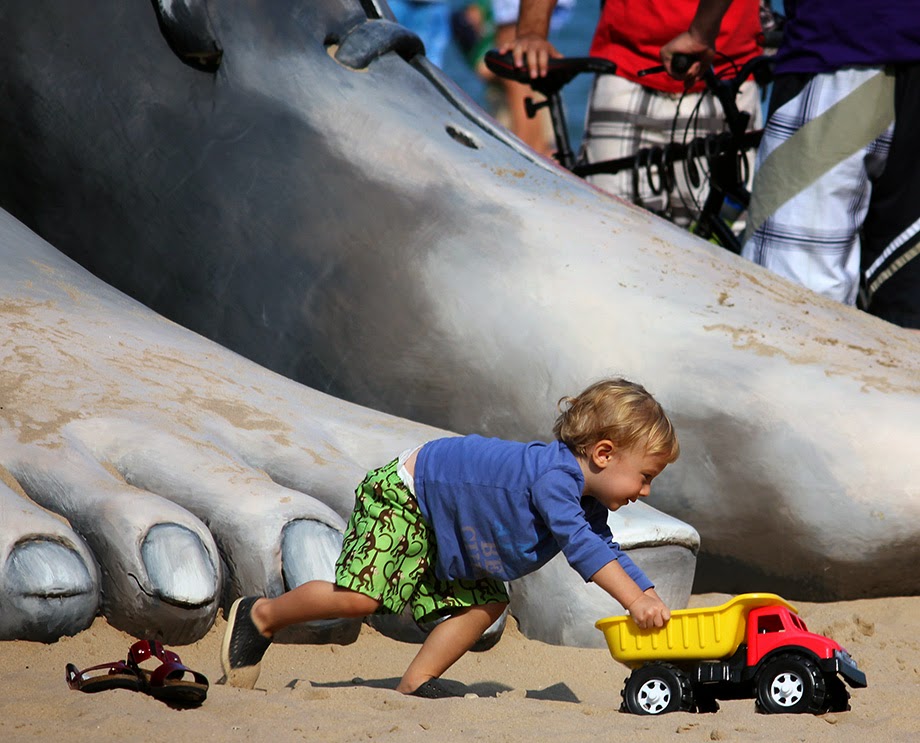 According to the Trib, da feat is expected to stay at Oak Street until mid-month, after which they're expected to stomp down somewhere along Michigan Avenue. 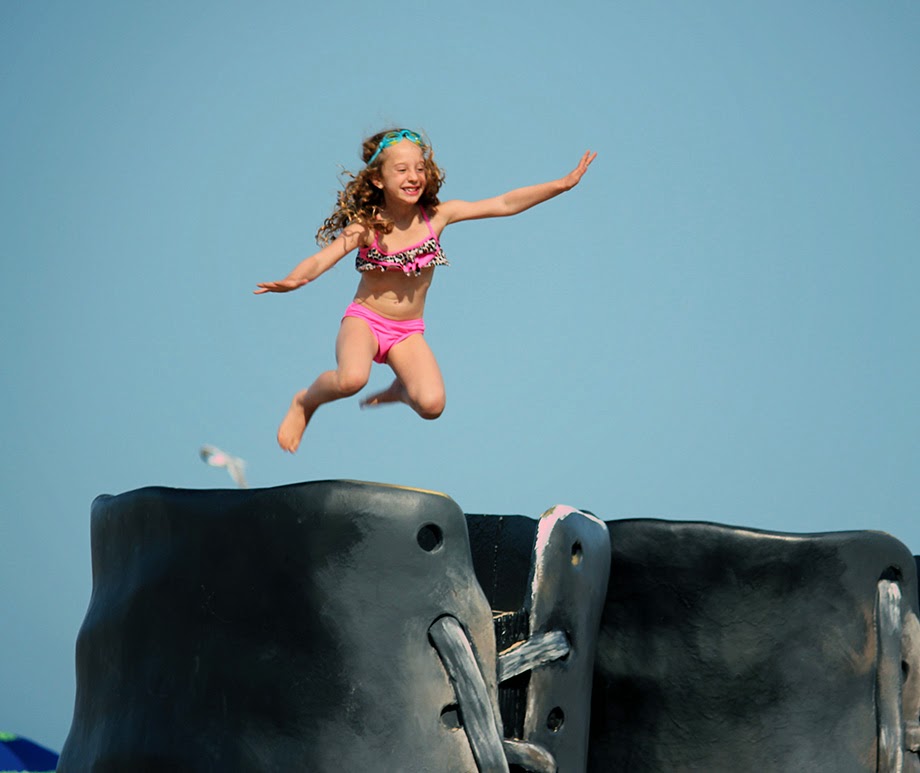 Unlike the rooftop mural, accessible only to the maintenance staff, the Big Feet are doing a pretty good job of engaging beachgoers, skillfully engineered for climbing with shoelace ladders. 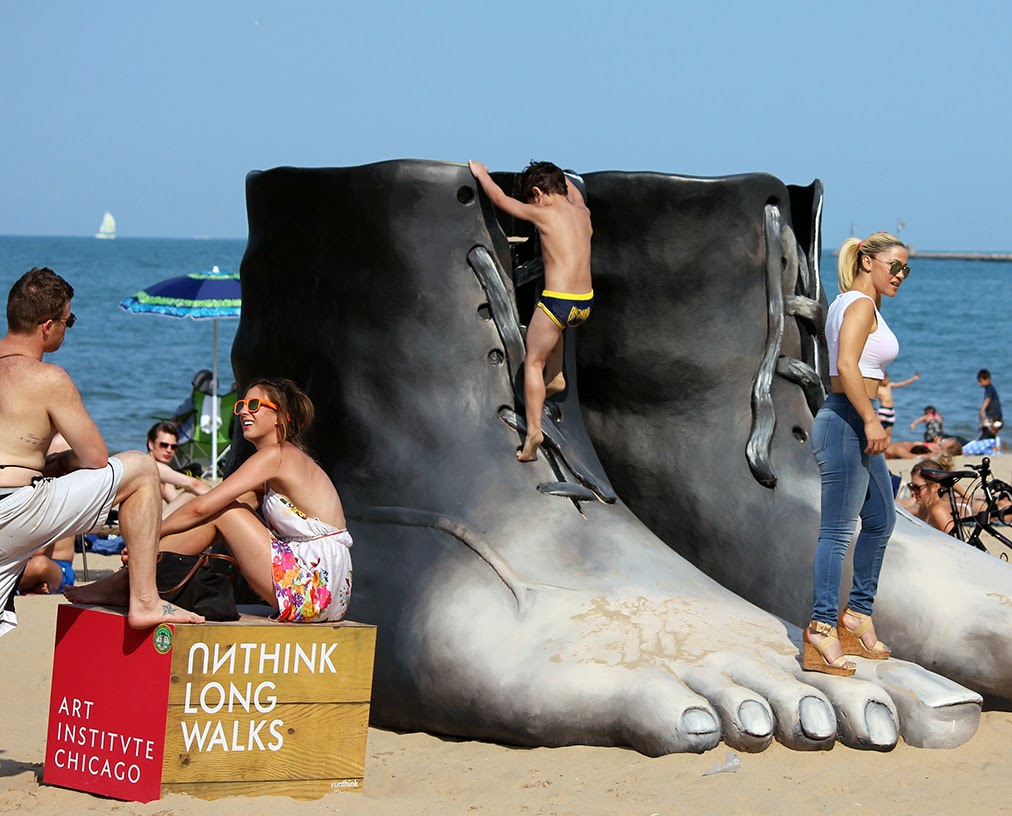 Theater on the Lake may have been exiled from its waterfront venue for the season, but urban theater on the beach is alive and well at Oak Street. 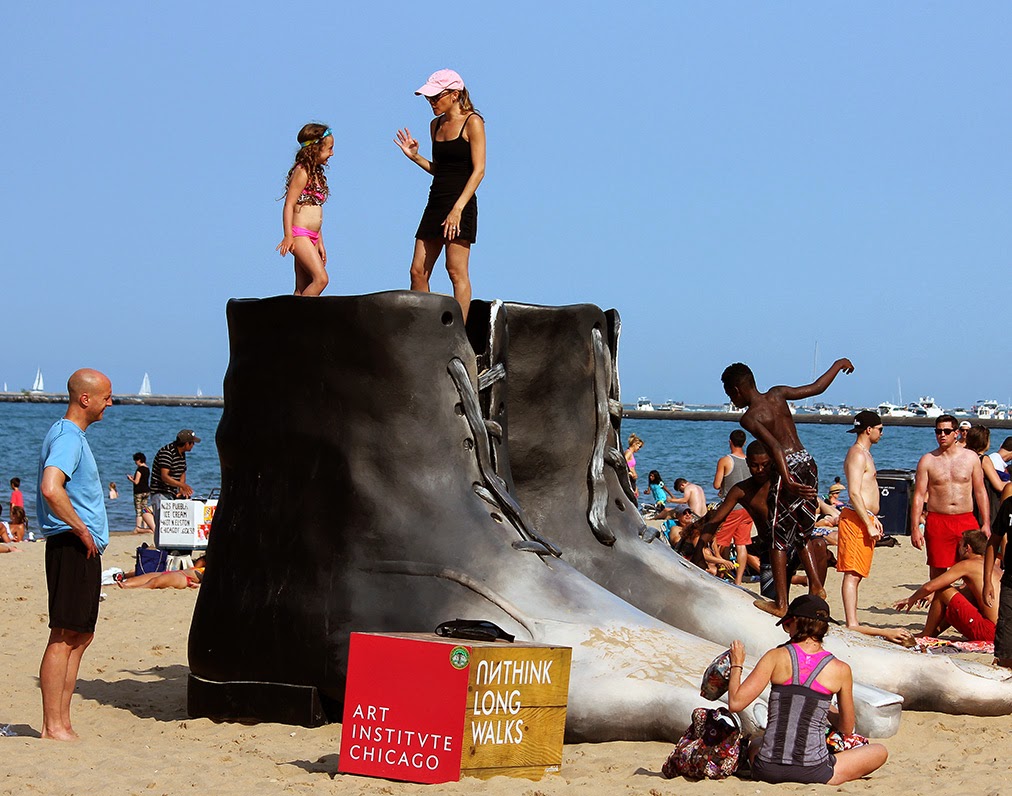 And now, your Ozymandias moment of Zen . . . 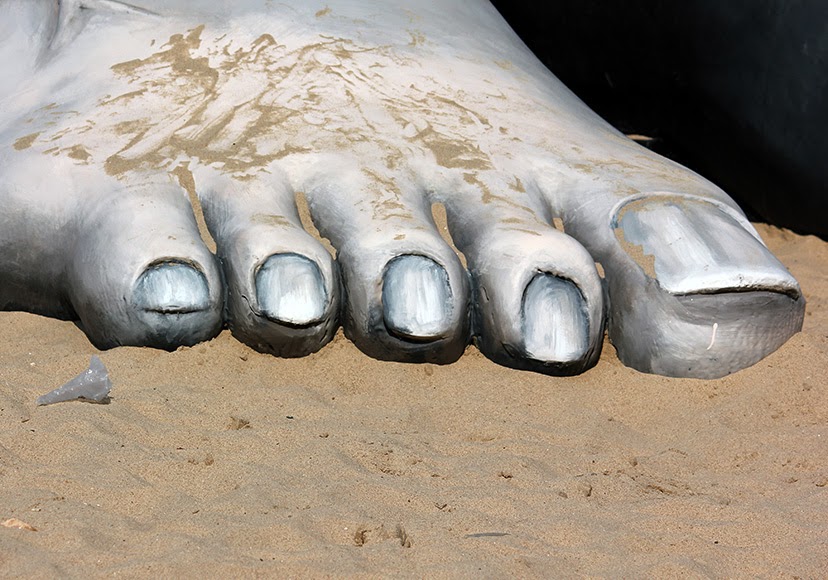