Going for a walk downtown along the Chicago River these days inevitably is dominated by the massive, ongoing construction site that's the new Riverwalk being constructed along the south bank.  Just last week, the passage that will allow pedestrians to walk beneath the Dearborn Street bridge was put into place.

Maybe it was just bad timing, however, but on Saturday the story along the northern and western banks - where the riverwalk consists of a sequence of private walkways open to the public - was a decidedly different story, as if the property owners league had decided to give a big middle finger to the Chicago public. 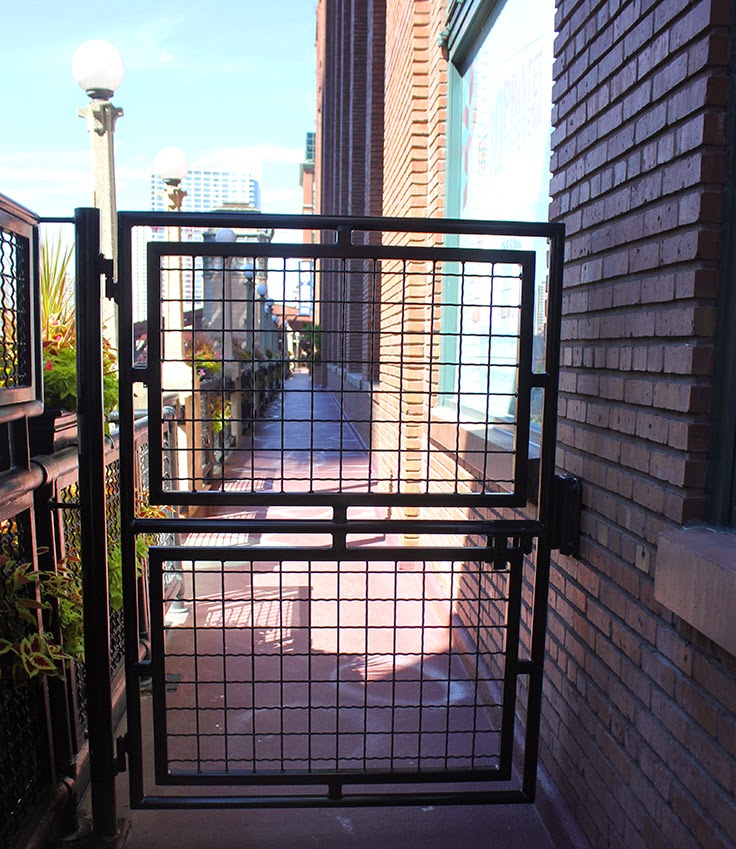 At the Reid Murdoch building, the passage from Clark to LaSalle remains closed. 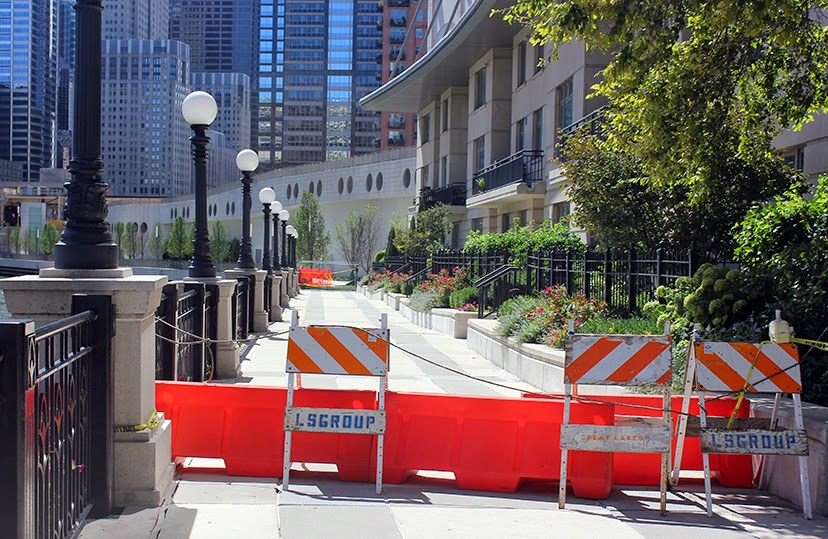 . . .  as was the riverwalk next to Riverbend across fromWolf Point, but perhaps the management of 300 North LaSalle put it most succinctly . . . 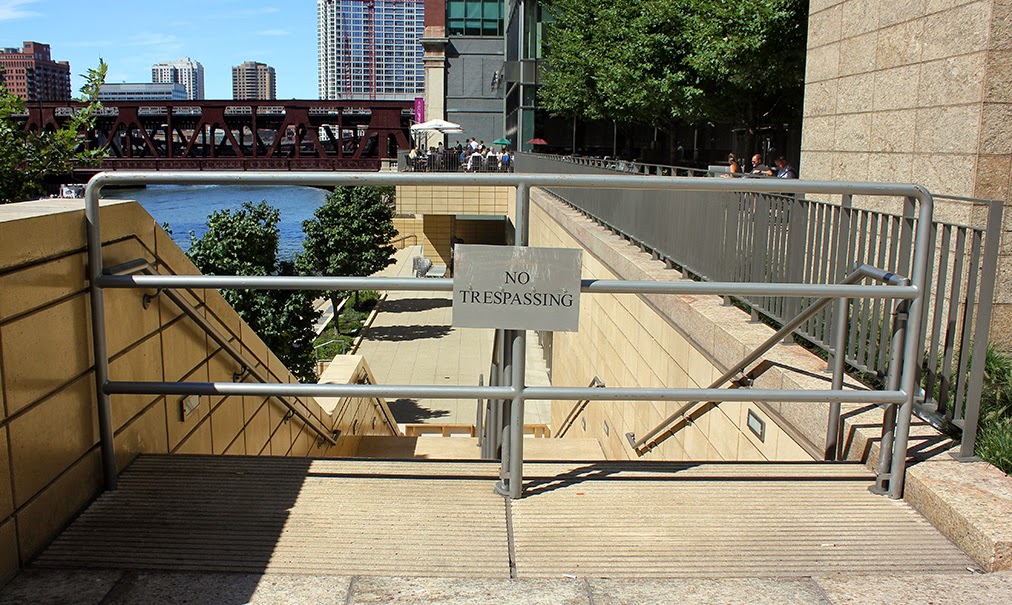 I walked through the walkway at Reid Murdoch twice last week in order to get to the new River Roast restaurant. Maybe the gate is used overnight. But there is another block where a restaurant barred the route along the river - I think it was between Dearborn and Clark.