The Ferris Wheel at Navy Pier hasn't been around all that long - less than a quarter century, and at 150 feet tall, it's a shrimp compared to George Washington Gale Ferris's 264-foot-high original at Chicago's 1893 World's Columbian Exposition.  It pales next to Las Vegas's High Roller Ferris Wheel, at 550 feet high now the world's tallest. 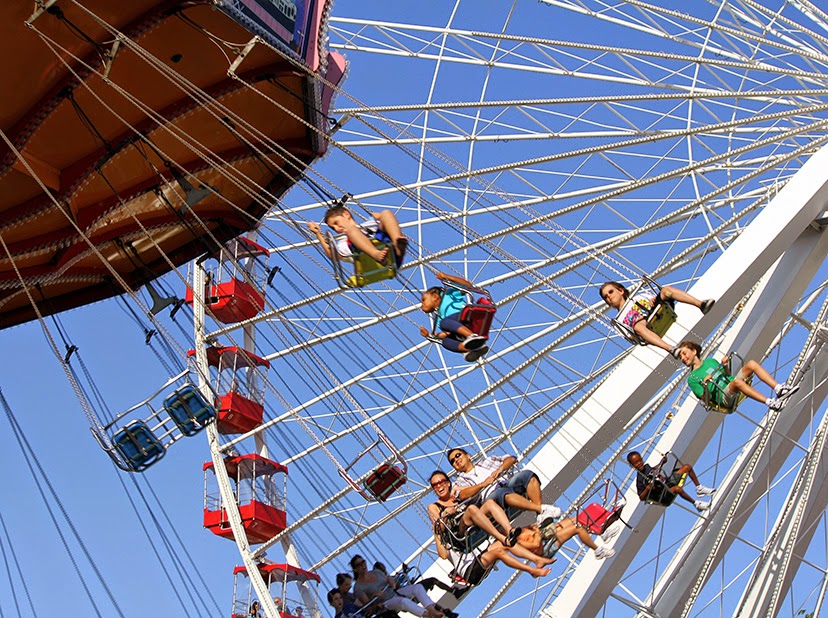 Yet it's perfect fusion of minimalist Chicago-style engineering, of geometry, light and form . . . 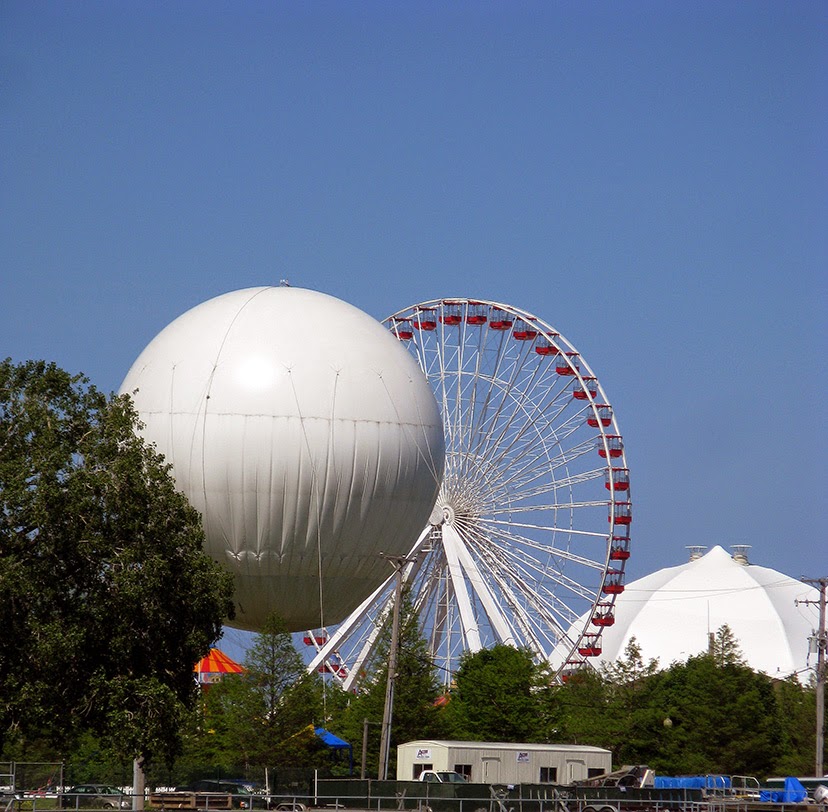 . . . makes it one the city's most distinctive landmarks, a visual marker visible from the beaches to the north . . . 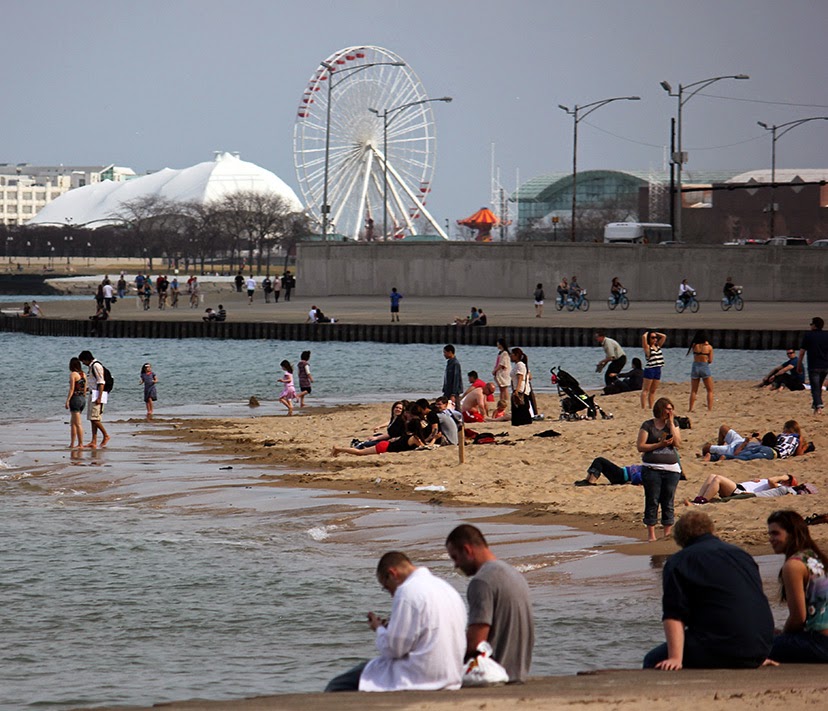 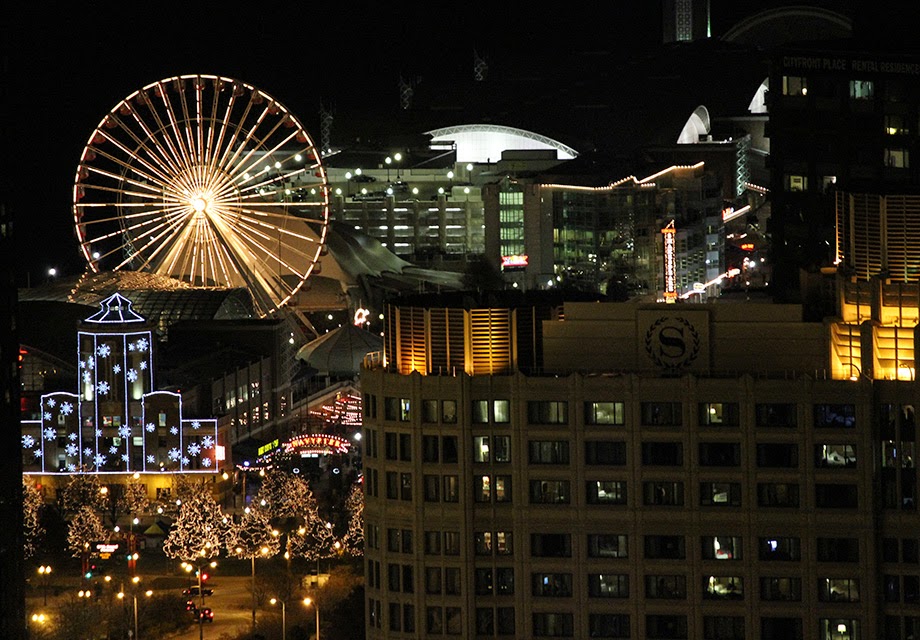 By night, it's Chicago second sun.  By day, it's a giant, kinetic wireframe for a star that switches off each break of dawn, a flattened disk with a coin-like edge. It's an architecture of pure desire, with no other function than to thrill, entrance and awe.  It's the thing that flares out the emotion, entombed but latent, in all the more sensible constructions of the utilitarian city.

Just as there many ways to view the city below while ascending in one of the wheel's open passenger cars, there are many ways to see the Ferris Wheel, from far and near, through the tropical forest of the Pier's Winter garden . . . 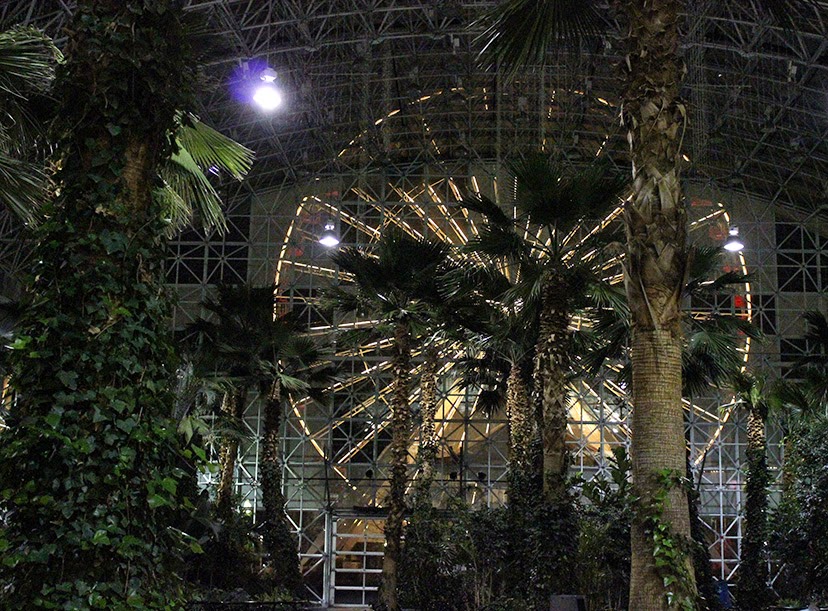 Reflected like a sunburst in the shiny new elevator structure . . . 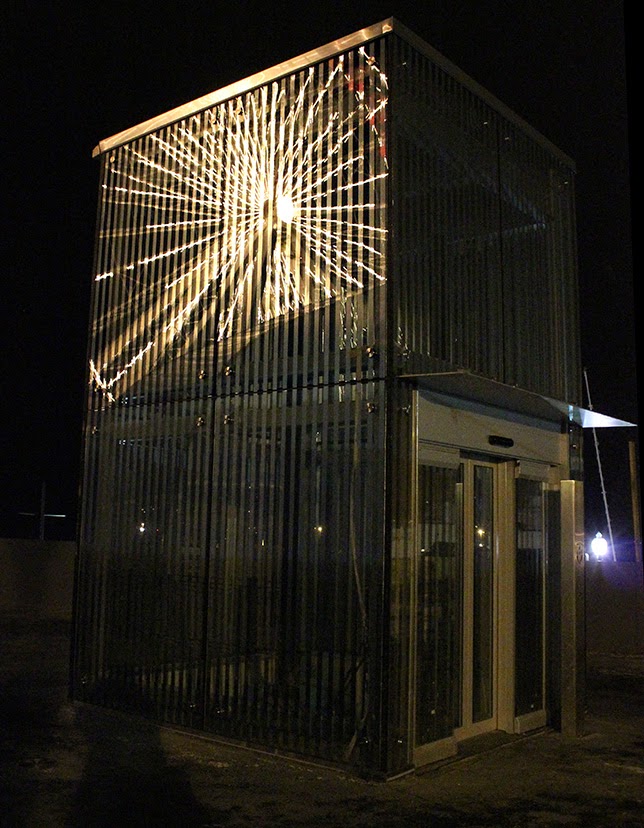 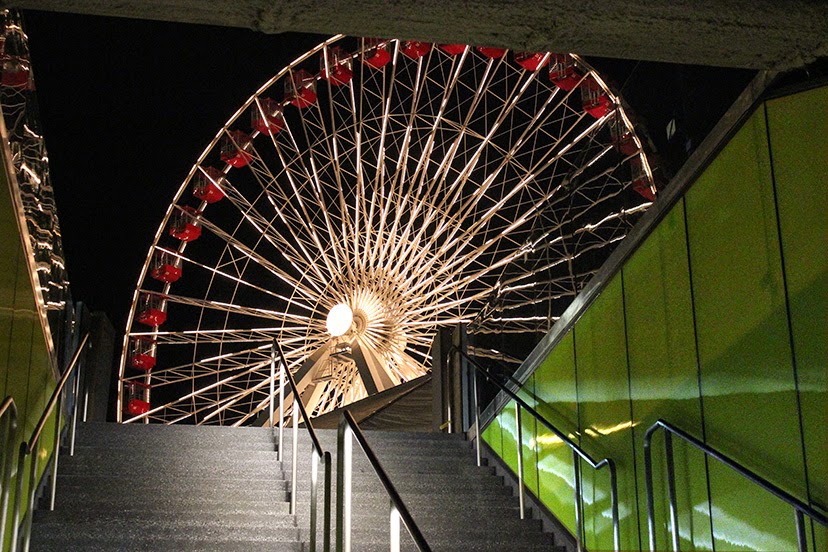 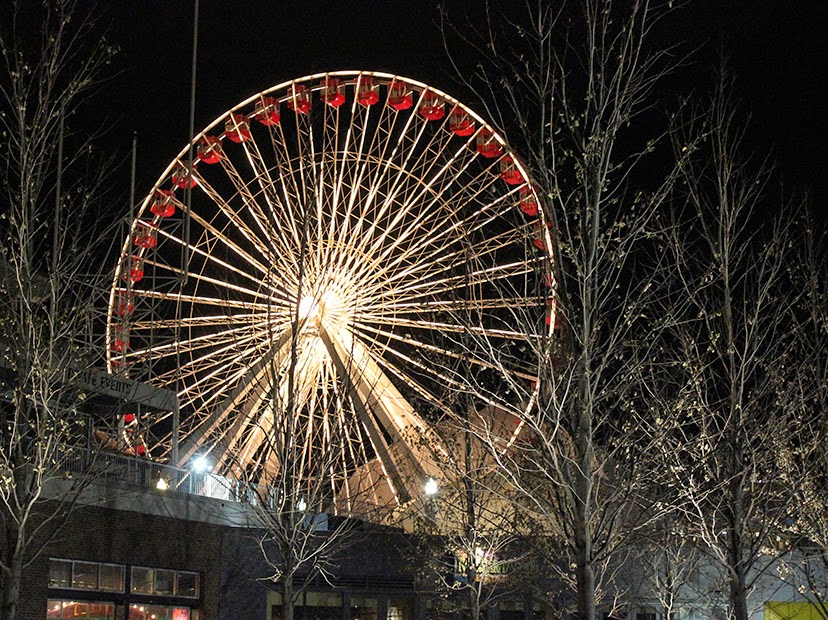 The Navy Pier Ferris Wheel was part of a 1990's $200 million rehab that transformed the 3,300 foot-long, 1914 Charles Sumner Frost's designed Municipal Pier #2 . . .
. . . into what is now Chicago's most popular tourist attraction.  Now owner McPier is in the midst of a new $155 million renovation, designed by James Corner Field Operations.  How well it will turn out is still to be seen, but the Ferris Wheel's new setting atop a grand Spanish-steps-style staircase is one of those rare, happy cases where the promise of the rendering . . .

. . .  may have even have been bettered in the constructed reality. . . 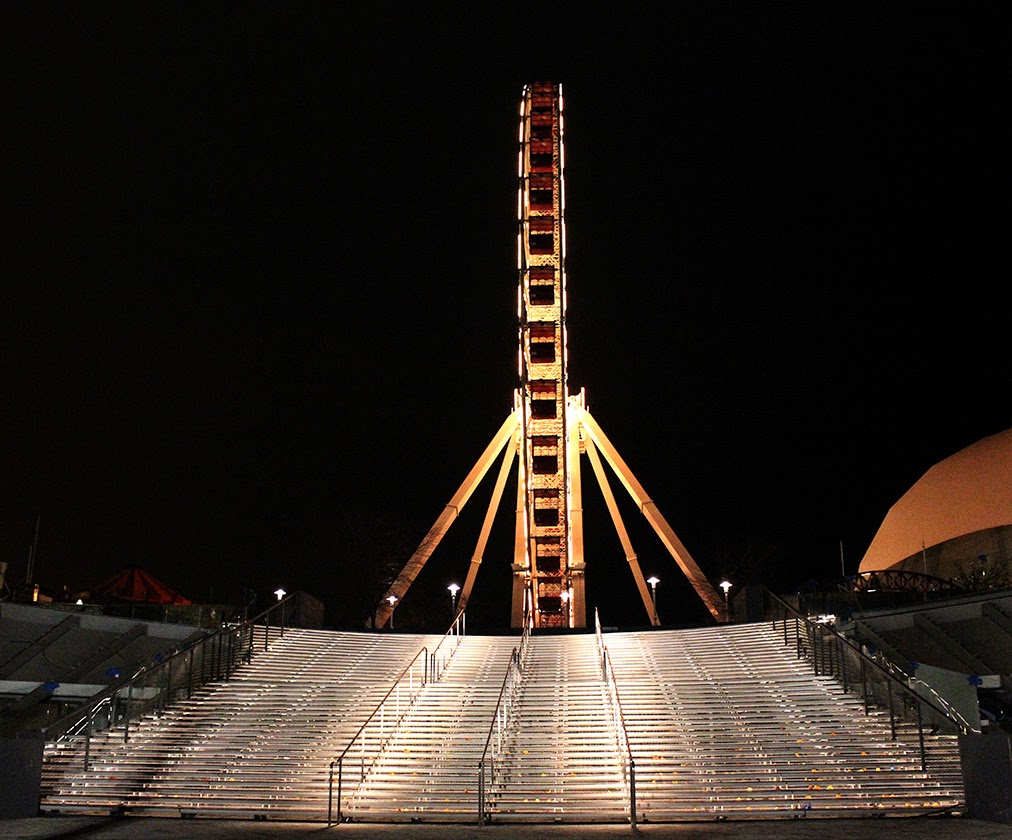 Thx for the posting on the Ferris Wheel.
Readers wanting more info on the life of George Washington Gale Ferris (born in Galesburg, IL) might want to look for the biography "Circles in the Sky" by Richard Weingardt
and I'm hoping that one day the book "Devil in the White City" might be made into a feature motion picture' Maybe the producers-director could give use a ride (via special effects) in the original Ferris Wheel at the 1893 World's Fair?