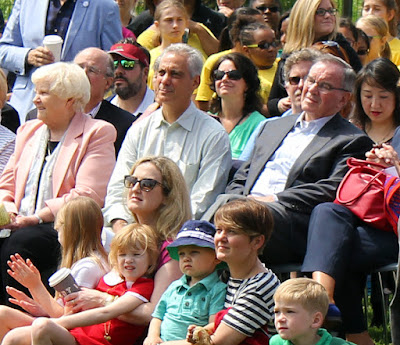 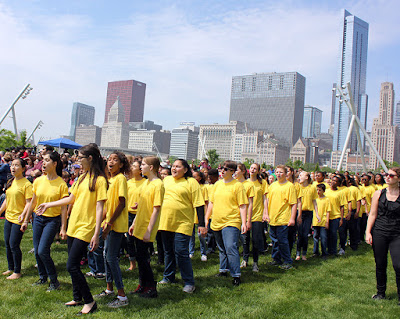 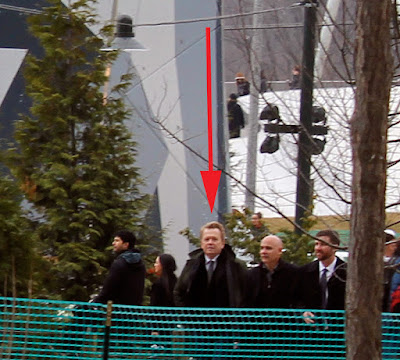 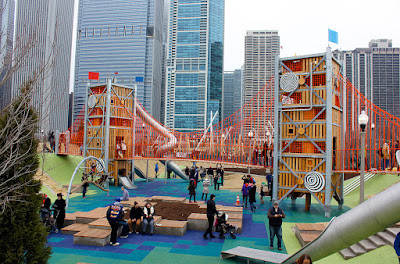 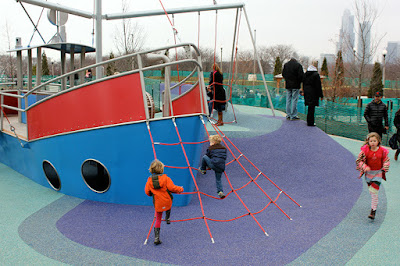 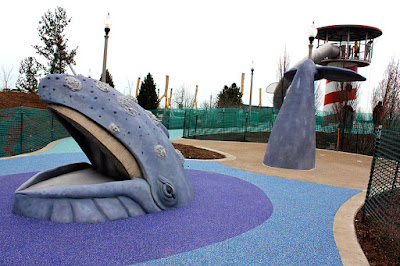 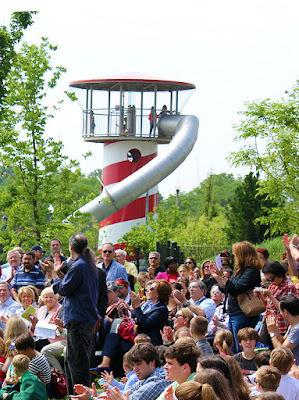 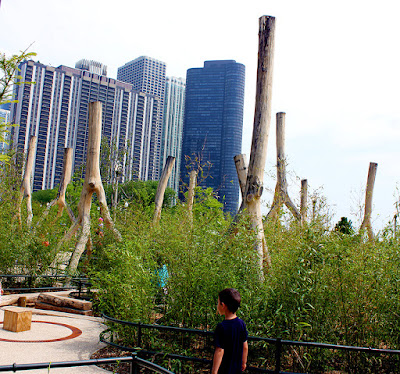 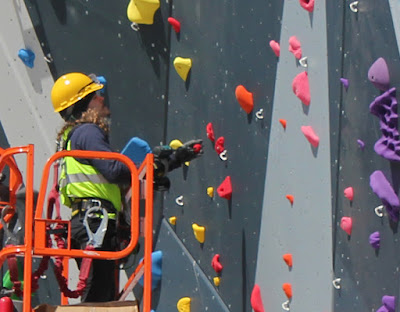 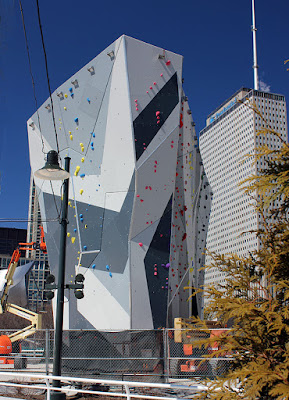 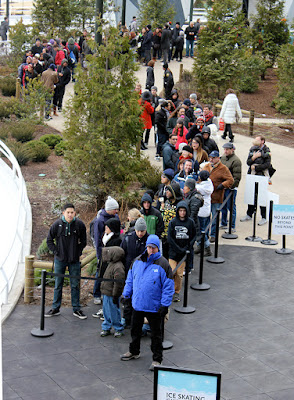 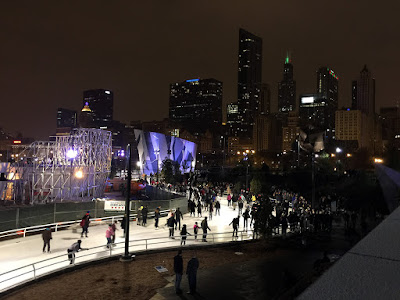 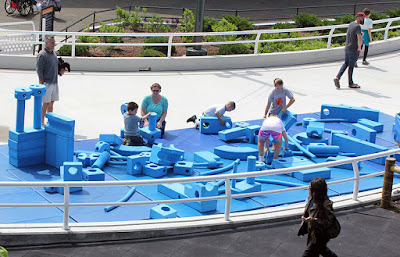 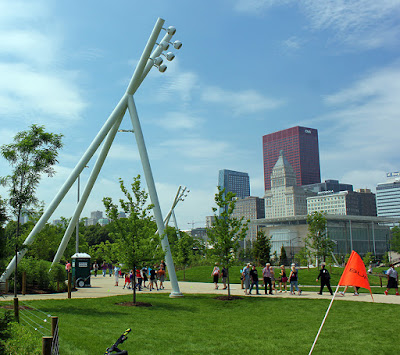 Why do the play structures have to look like they come straight out of Disneyland? The park does not respect the dignity of the Michigan Avenue wall of buildings or Millennium Park or the Art Institute. I'm all for play areas for kids but couldn't kids climb on naturally colored and textured structures?

In addition, the play equipment selected does not seem to accomodate the masses very well. For example, the playground swing is one of the most timeless, versitale and inexpensive mainstay. Here, the only form of swing is in an area that contains only three oversized basket swings where 3 times as many traditional swings may have been installed. This leads to a long line of crabby kids and a line up of strollers waiting for a swing to become open. It feels more than you are at Great America than in a public park...