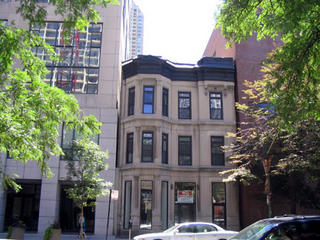 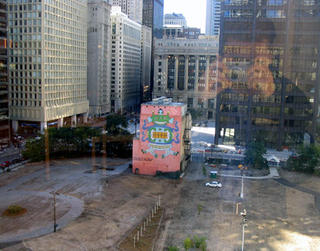 The Wall Street Journal ran a story on August 3rd on reaction to the Supreme Court's recent ruling giving state and local governments an unrestricted right to define the seizure of property, even when the benefits accrue overwhelming to private intests, as a "public purpose". The Journal reports that public reaction to the decision has been so overwhelmingly negative that some developers are now backing away from controversial projects rather than be demonized as reverse Robin Hoods, seizing the homes and business of the middle class to hand them over to wealthy developers. Many local governments are also reported to be enacting legislation to put back the protections that the Supreme Court ruling removed.

It's easy to forget that this kind of governmental power is a relatively recent development In the 1930's and before, even powerful developers were often at the whim of recalcitrant landowners. Perhaps the most famous case is that of Hurley's Saloon, a Manhattan bar housed in a four-story, 1876 townhouse. In the 1930's, not even John D. Rockefeller could entice Hurley's proprietors to sell, and so Rockefeller Center's 70 story RCA (now GE) building had to be constructed around it. (Today, Hurley's has moved to 48th street, and the townhouse is occupied by a pricey seafood emporium and restaurant.)

A recent, local example of resistance is the three-story greystone whose owners held out for a price Loyola University was unwilling to pay, and so it survives squeezed between two far newer university structures.

Perhaps the most telling Chicago morality tale about the misuse of eminent domain was the leveling of all structures on Block 37. Gone is the McCarthy Building, an official landmark whose designation was repealed by the city council in its great rush to the bulldozers. Gone is the United Artists theater, originally a house for live productions, which could have provided the mid-size theater that the Randolph Theater district so glaringly lacks. Gone is the historic Unity Building, built by Illinois Governor John Peter Altgeld, which Chicago real estate magnate Sam Zell had been talking about acquiring and restoring as a headquarters for his firm. Gone is the Stop and Shop building and store, which, had it survived, would have provided the food hall that the mayor has wanted for the North Loop. And for what? For a decade and half Block 37 has remained a barren wasteland. Without the abuse of eminent domain, many of those Block 37 structures would still be around, probably upgraded and restored by private interests with public subsidy, keeping jobs in the Loop, and paying millions of dollars in property taxes every year.

Now and then, a little obstinancy can be a good thing, giving bad ideas and rotten deals time to be exposed, and helping insure that the city isn't homogenized into a generic anonymity.

Hello Lynn,
Good points all, and I love your use of photographs. Keep up the good work on this valuable site!
-Edward