Juliet to return to Michigan Ave? Montgomery Ward balconies are back.

Courtesy of our indefatigable correspondent Bob Johnson, the condo rehab of Schmidt, Garden's 1898 former Montgomery Ward building at 6 North Michigan appears to be nearing the end of its long restoration. In May of 2008, the top was still a long way from finished. 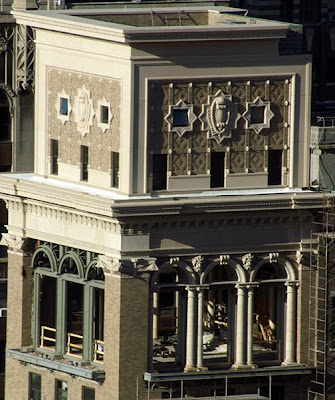 Now, the tracery and ornament have been restored along the windows, and the loggia has regrown its balconies. 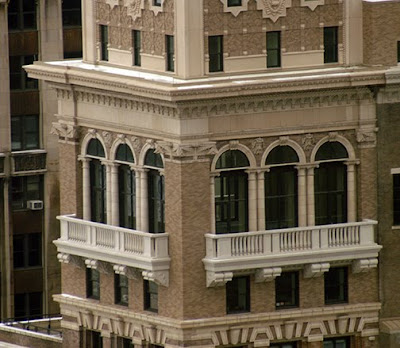 It's a very handsome reconstruction, but we're still a long way from the original loopy yet majestic crown. Now the preface has become the entire book. Still, I suppose a handsome crew cut has its own charms. 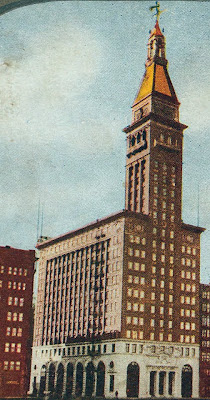 Looks like it would be a great place to live!