As Prentice is beaten into the Ground, Three New Towers Sink Their Roots

The concrete is so clean, you could mistake it for new construction, if it weren't for violent chewing at its edges and the mangled rebar shooting out like raw exposed nerves after a butchered extraction. 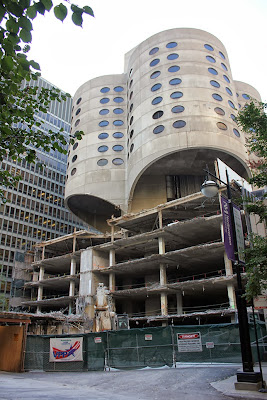 The office podium beneath Bertrand Goldberg's Prentice Hospital, which the feckless Commission on Chicago Landmarks declared a landmark only to revoke the designation only minutes later, is being demolished in anticipation of bringing down the iconic cloverleaf concrete towers above it.  Northwestern University is still claiming it will begin construction for a new research lab on the site by 2015.  However, as Blair Kamin mentioned in the Trib, Northwestern also promised a world-class architectural competition for the new design, but out of a world of great architects, managed to wind up with three finalists that are all Chicago firms who just happened to be among the missing from a Who's-Who roster of local and international architects who demanded Northwestern save the Goldberg masterwork. 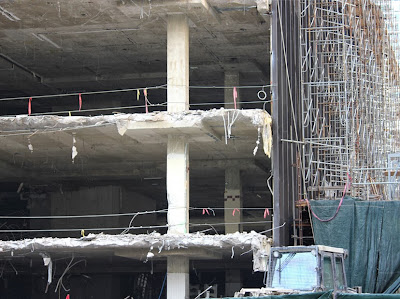 As Prentice is beaten into the earth, two new projects have started to burrow their roots.

Just a block to the south, on the site of the former stable that was, for decades,  the CBS studios . . . 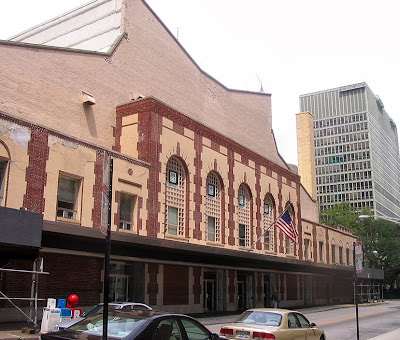 . . . Prentice's neighbor, the Rehabilitation Institute of Chicago, has begun work on The Ability Institute of RIC, a half-billion-dollar, million square-foot+, 27-story tower by HDR and Gensler,  Moving day scheduled for 2017. 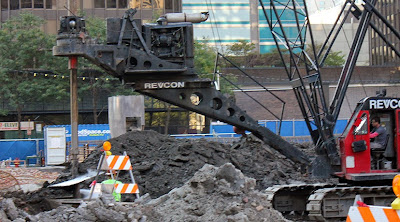 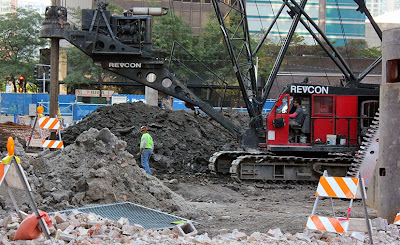 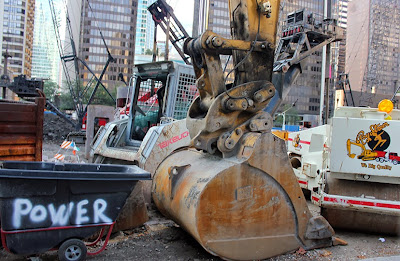 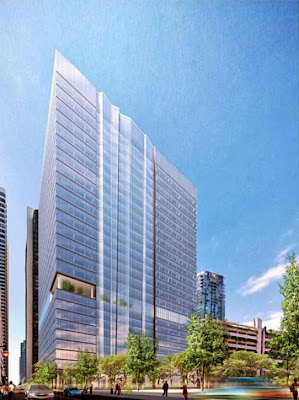 At State and Pearson, a half-block formerly occupied by a surface parking lot where the Tempo restaurant used to be, along with a series of low-rise buildings that once included an Ace hardware. . . 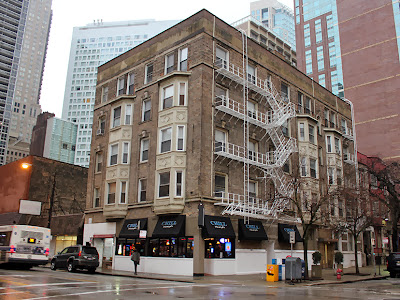 . . .  is in the early throes of sinking foundations for two structures. 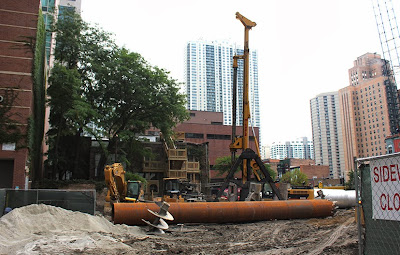 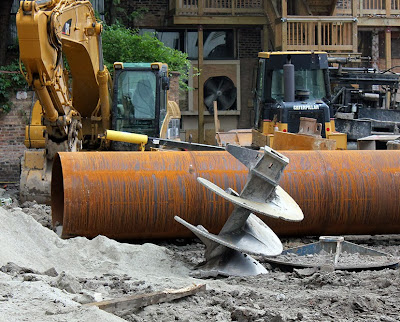 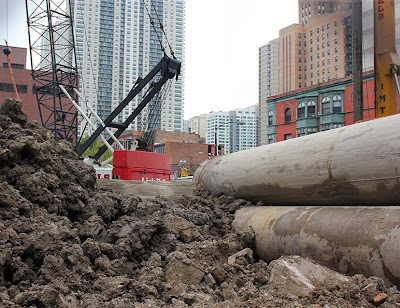 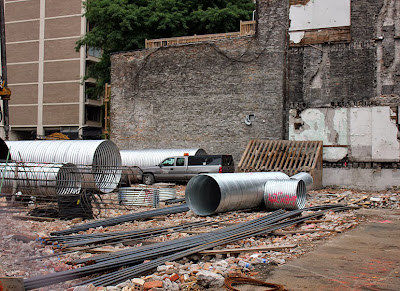 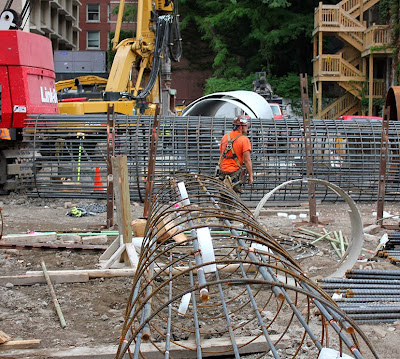 At Pearson Street, there'll be a ten-story new home for Loyola's Quinlan School of Business, whose brick-and-glass facades will match that of the current Quinlan School building across the street. 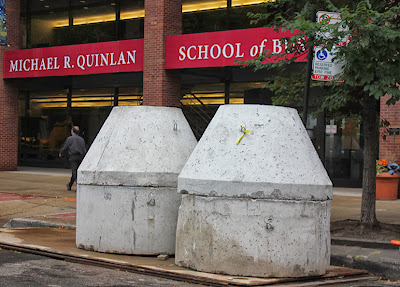 At Chestnut, a 35-story apartment tower, 845 North State, will rise, with a glass facade.  Both buildings are designed by Solomon Cordwell Buenz.  The apartment tower is scheduled for completion in 2015. 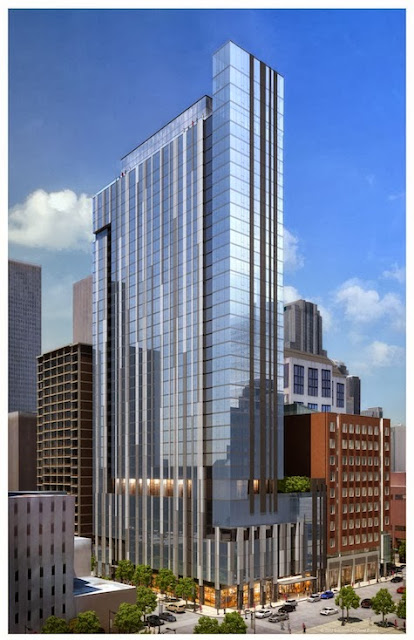 Whoa. The perspective on rendering of The Ability Institute of RIC is totally out of whack. Do you think that they are going to intentionally build this structure with such extreme angles? Or did the mockup artist have his lens distortion glasses on?