“The Chicago Athletic Club stands on the lake front a rival in grace and symmetry to the great palace of the Doges on St. Mark's Square, Venice, and loses nothing by the comparison.”

So said an account in 1898's Outing magazine, which described the ten-story, 1893 Venetian-Gothic styled building, designed by Henry Ives Cobb, as one the major attractions of the city, with its 2,000 members “comprising the best class of people.” 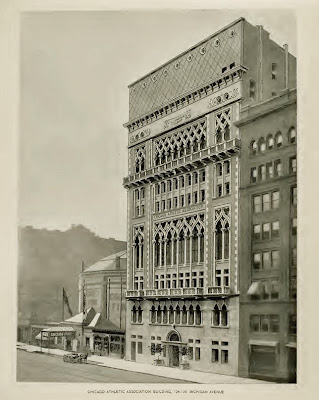 And so it remained for over a century, until declining membership resulted in the club's closing in 2007.  After the requisite period of failed deals, the property was purchased for $13 million in 2012 by AJ Capital Partners LLC  and Geolo and Agman. which have committed over $60 million to convert the clubhouse into a four-star (+!)hotel, appealing to the same best - or most monied - class of people that powered the CAC's initial creation. 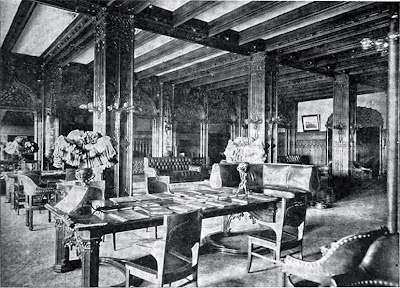 Outing described the splendor of the building in detail . . .


The interior is magnificent and costly, every atom of material and every article of equipment being placed with a thought to defy the ravages of time and use.  The entrance and main lobby are studies in marble and mosaic, relieved by massive mahogany furniture standing sentinel-like at posts of duty . . . A broad stairway starts with a graceful curve and leads along a side-wall of the purest slabs of monolithic marble, transcending a ceiling of pure white stucco, divided into panel formations, which
completes an entrance view of exceptional beauty. 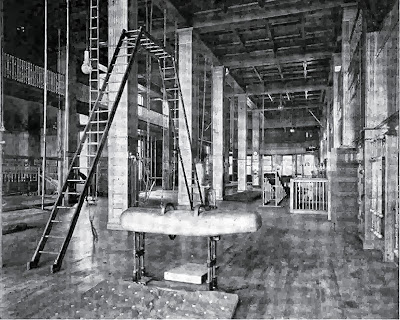 The 6,400 square-foot, 9th floor dining room wast “as beautiful a dining salon as one would find in a long journey.  Finished in quartered oak, with the finest of which the buildings were extremely lavish . . . and overhanging all a stucco ceiling, with hundreds of drooping tips, studded with incandescents, giving the room at night a brilliant and cheerful appearance.” 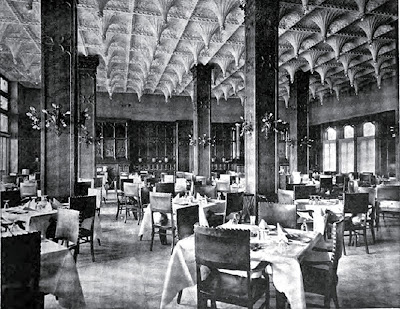 Did I mention there are 15 working fireplaces? 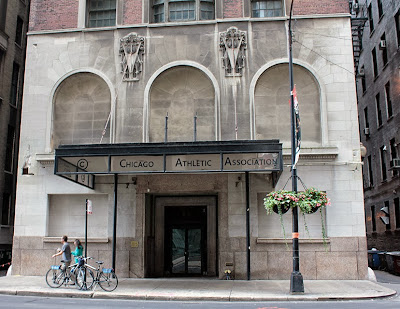 The original 1893 building was eventually expanded along the back to a Richard Schmidt designed addition completed in 1907, with floors added in 1926.  As part of the current rehab by Hartshorne Plunkard, with interiors by Roman and Williams, decades of alternations are being removed to reveal the original design underneath.  We received pictures of some of those uncovered elements from Eric Nordstrom of Urban Remains. He assures me their salvaging is confined to old furniture and later alternations, and that many of the original spaces are being meticulously reconstructed. 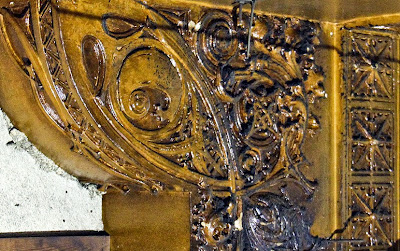 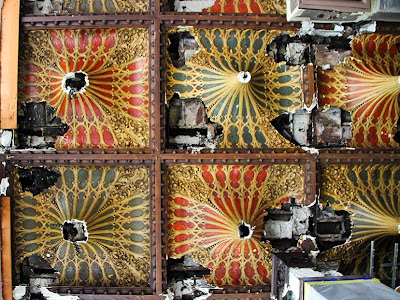 Actually, much of the original design has survived largely intact and entirely striking, as you can see in these photosets from AJ Capital Partners LLC, the Hotel Chatter website, and some Landmarks Illinois interior shots by Rolf Achilles.

We should see how it all turns out in the fall of 2014, when the new, still unnamed hotel is scheduled to open its doors.
(Click on time for permalink) 11:43 PM