Is This the End of a great Chicago Industrial Monument?

Alby Gallun of Crain's Chicago Business was reporting yesterday that the State of Illinois is going to give it another try.  Seven years ago, $17 million was the minimum opening bid at an auction to sell off the south side site that holds the spectacular grain elevator and silos constructed by the Santa Fe Railroad in 1906 and owned by the State of Illinois since 1928. At that price, there were no takers. 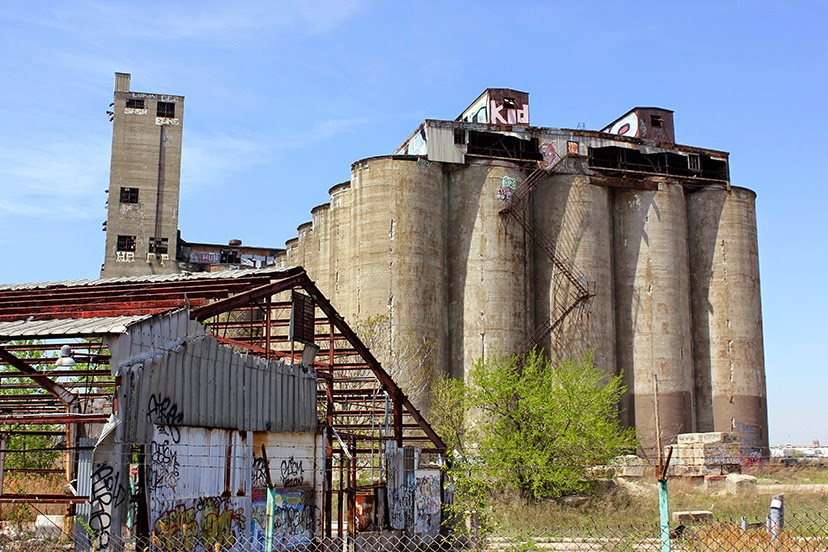 Now the state's Department of Central Management Services has contracted again with Rick Levin an Associates to hold a new auction that will be on-line from November 2nd to 7th.  This time, the minimum bid is down to $3.8 million.   And I wouldn't even consider that solid.  I can imagine some developer pulling a Bill Davies - grab the property for the required bid, and then simply refuse to cut a check for anything more than 60% of the winning bid.
The Santa Fe Grain Elevator, inactive since a 1977 explosion, has continued to deteriorate.  In 2013, it was used by director Michael Bay for various pyrotechnics for Transformers: Age of Extinction.  Then, it only appeared to be blown up, but we're edging closer to the time when a new owner may well implode the buildings for real, to clear the site for new development. 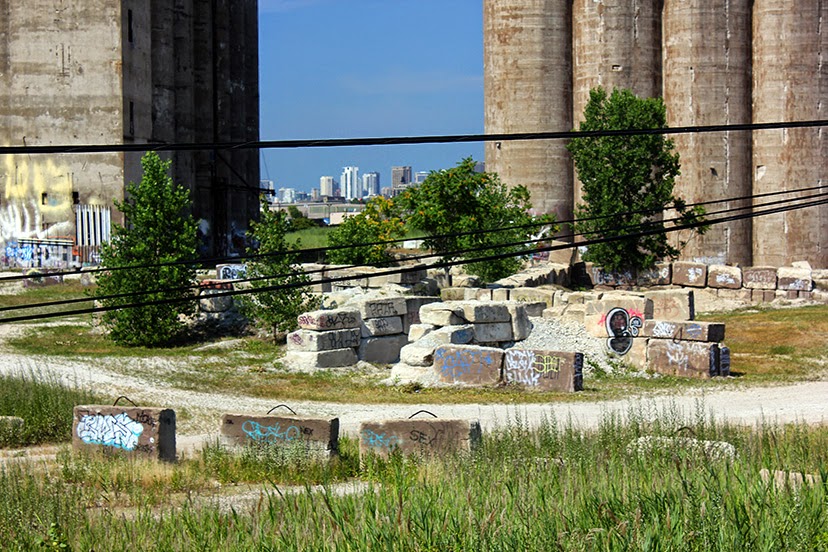 Which, of course, is a shame.  The elevator and silos are a south side landmark, a defining urban marker just west of the point where the south branch of the Chicago river becomes the Sanitary and Ship Canal, visible in skyline visible from miles away. It's one of the last - and most imposing - architectural artifacts of the grain trade that built Chicago into a great city.  The city takes great pride in its historic commercial architecture.  It's equally path-breaking industrial architecture? Not so much.

As you can see in my post from 2013 on the future and potential of the Santa Fe elevator, other cities have recognized the importance of historic structures like these, and found ways to preserve and repurpose them.  Illinois - and Chicago - simply want to sell them for scrap and make them disappear.   Standing along the Canalport Riverwalk contemplating the immensity of the Santa Fe Grain Elevator, you think how it looks like it was built to last forever, but it's shockingly vulnerable, a detonator button away from instant oblivion. 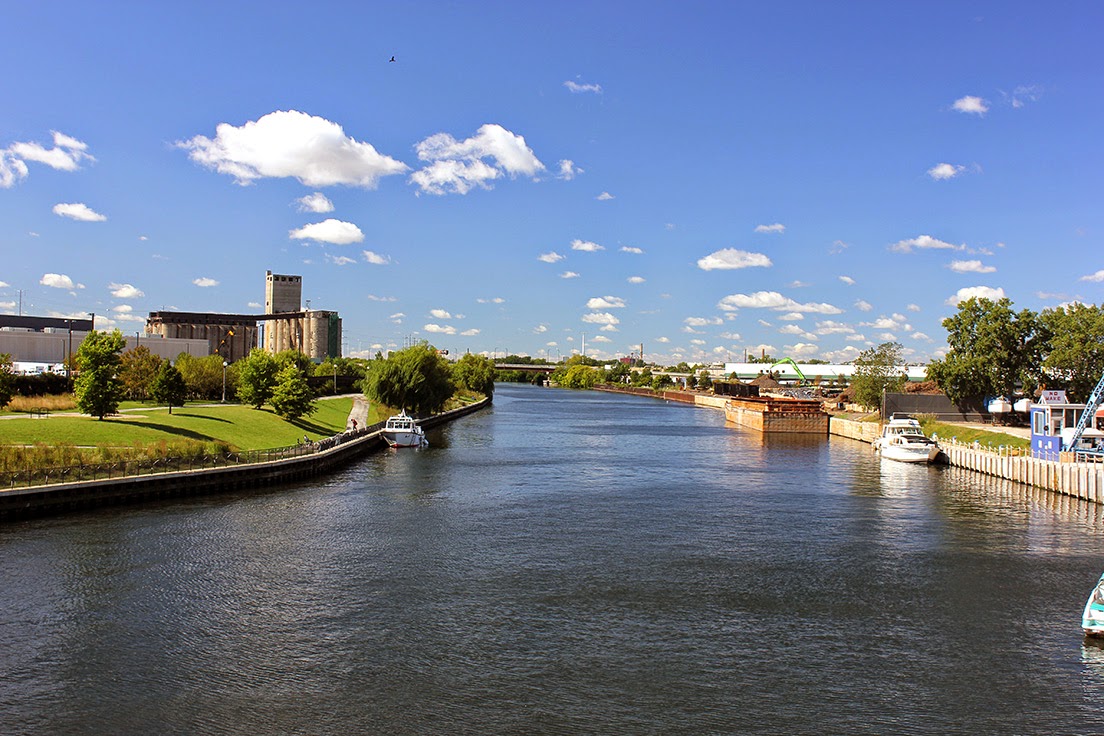 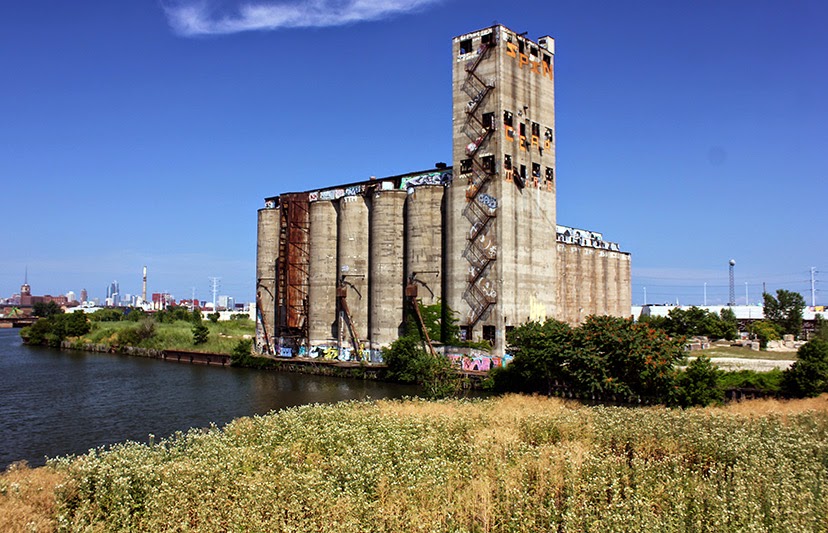 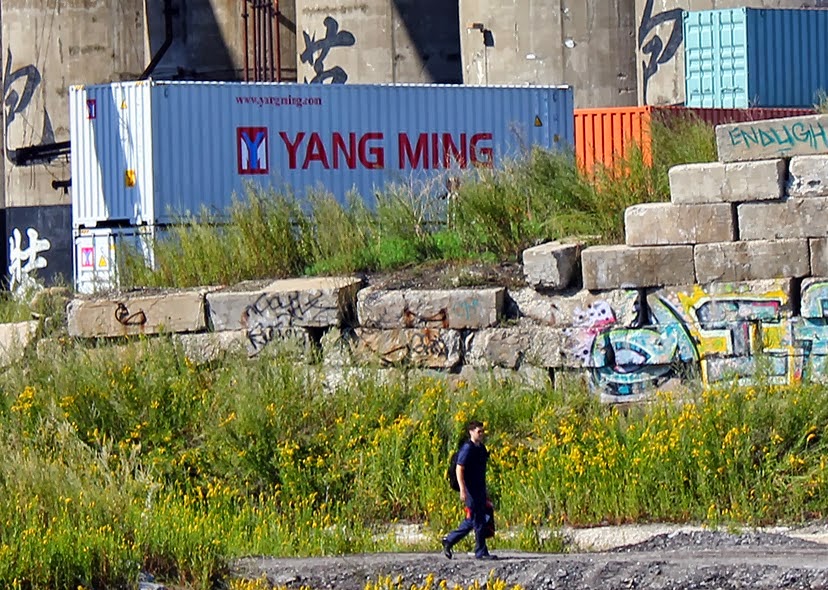 If so, I hope they implode it. That would be amazing to watch.

Thanks for the spotlight on this.

The tragedy of losing such buildings as this is that the likes of them may never appear again.

Wright's Monona Terrace was built in Madison and, indeed, was done so quite easily. But buildings of this scale are quite a different matter and it is sad that we continue to lose them. Which building will provide a Garrick moment for industrial design?