After the Bulldozers roll, IHPA votes to preserve Michael Reese 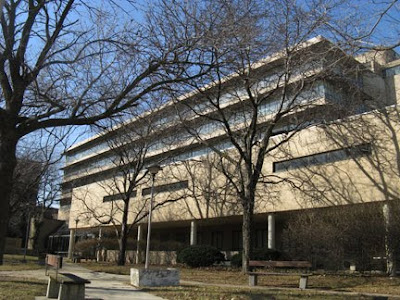 I know I should be getting some satisfaction from this victory, but to me it's all a bit of a scam. The IHPA had their opportunity to act all the way back in May, months before the demolition, but they did nothing, finding on a convenient technicality that they had no standing in the case. Now the Friends building is gone. The Serum Center is gone. The Laundry building is gone. The Power Plant is gone, or almost gone.

And, surprise, surprise! With half of the buildings ground into dust and the rest halfway into the grave, the IHPA bravely takes a stand. So the remaining structures are safe, yes? No, of course not. We're promised the IHPA has asked Washington to expedite their request to place the campus on the National Register.

Well, that will save the buildings, won't it? Actually, no. It makes them eligible for federal tax breaks, but being on the National Register does not prevent demolition.

Even if the Landmarks Commission called a special session and voted to protect the buildings, it would only be a recommendation that gets forwarded to the City Council, where it can be safely bottled up until demolition is complete.

I'd like to thing all of this activity finally gets the attention of a mayor who is supposed to love Chicago architecture, so I'll withhold my most acerbic comments so as not to offend, and watch how this plays out. Even with half the buildings gone, Mayor Daley , by stepping up to the plate and saving the rest, including the splendid Kaplan Pavilion, could still make himself a hero.