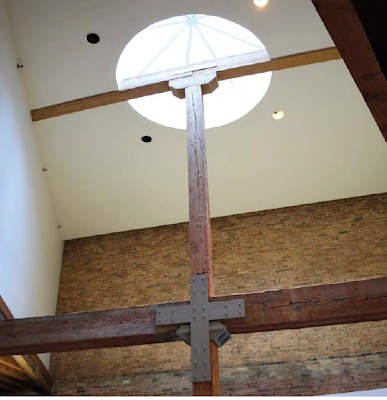 click images for larger view
In conjunction with PBS's recent series, God in America, Chicago-based Sacred Space International, has created a City Guide to Sacred Spaces for eight American cities, from all corners of the U.S., from New York to Atlanta to Portland and Santa Fe.

The Chicago guide includes 14 places and, like the rest, it's highly ecumenical, including not only the democratic, personified by the Chicago Cultural Center, but even the pantheistic, represented by the Alfred Caldwell Lily Pool. 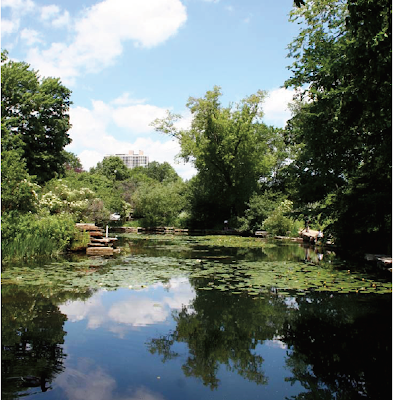 Each entry includes an informative essay with excellent photographs, as well as maps for locating the sites. The usual suspects are there: the Chicago Temple, Holy Name Cathedral, Fourth Presbyterian, Harry Weese's Seventeenth Church of Christ, Scientist, Frank Lloyd Wright's Unity Temple in Oak Park, and the Baha'i House of Worship in Wilmette. 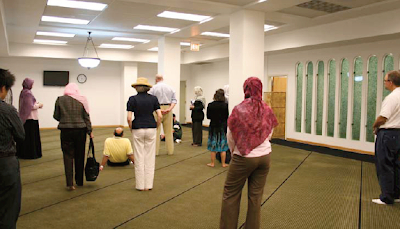 There are also some lesser known spaces, including the Downtown Islamic Center, making a Loop home for Chicago Muslims above a storefront in a former automobile showroom on State Street, purchased in 2004. "A mosque requires nothing more than a clean, unobstructed floor space and an indication of the qibla, the direction of Mecca," which here becomes a simple space carved out of - and reflecting - the loft-like structure of a commercial building.

Only blocks away from each other near LaSalle and Division are two very different expressions of faith. On the outside, the building at 927 N. LaSalle looks like a traditional neighborhood church. ﻿Built in the late 1880’s as an Apostolic Catholic Church


. . . In the mid 1920’s LaSalle Street was being widened into a boulevard, and the church had to be moved back about ten feet to allow for the new right of way. The building was picked up on giant rollers and moved eastward, while the front steps had to be redesigned and integrated into the church. 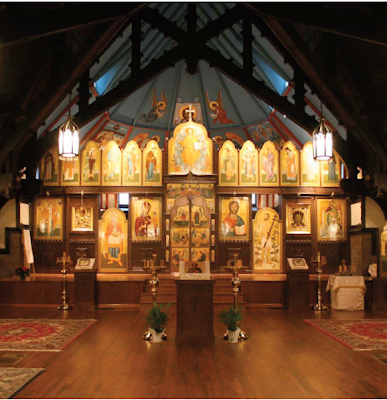 In 1996, after a long period of decline, the building was donated to the Orthodox Church of America, and after extensive renovations, it was rededicated on May 17, 2008 as the Christ the Savior Orthodox Church. 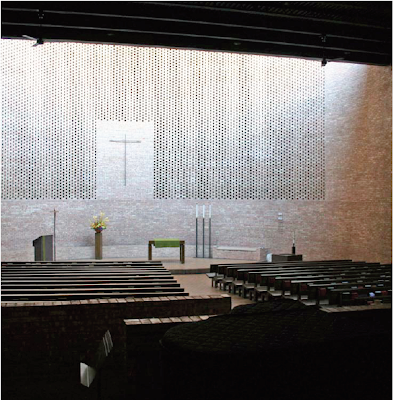 A high contrast can be found a few blocks to the north at St. Paul's Evangelical Lutheran Church, home to the city's oldest Lutheran Congregation, founded in 1843. In 1969, they turned to architect Edward Dart to design their new church, and the result is a strikingly modernist composition, marked by an unornamented rounded brick exterior and a spare interior with an alter bathed in light. 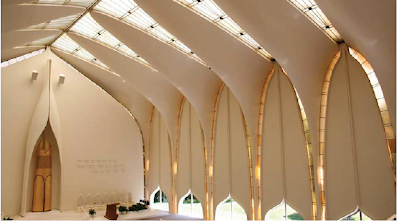 Also  included is the Moody Church, further up on LaSalle, GracePlace in Printers Row (illustrated in the photo at the top of this post), and the North Shore Congregation Israel designed in 1964 by World Trade Center architect Minoru Yamasaki.  The  49-page City Guide to Sacred Spaces is both an important work of scholarship and an engaging guide to Chicago's spiritual spaces.  Download it here.

Thanks for sharing this information.

I know there are so many worship venues in metro Chicago with historic and religious significance. But, though my own personal bias, I would love to see this list include 2nd Presbyterian, KAM Isaiah & Old St. Patrick's. Also possibly, Temple Shalom, Holy Family & St. James Cathedral.