Postscript: see Lee Bey's report including photos from the Sunday cleanup.  The building will be in court again today, Monday, March 12th. 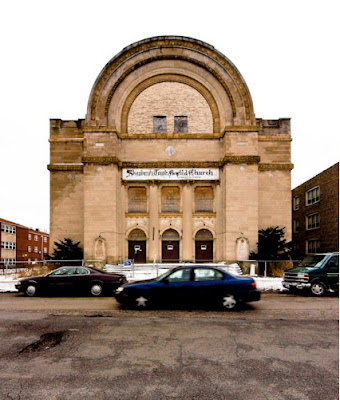 
New Legal Team Could Spare Historic Shepherd's Temple from the Wrecker's Ball
Abundant Life World Outreach, the church's owner, has hired K&L Gates LLC as their new legal team and they are diligently working to vacate the demolition order of the building. One of the conditions of the court is to clean and board up the church.

Bring your boots, work gloves, rakes and shovels and help save Shepherd's Temple from the wrecker's ball. Join your friends and neighbors in helping to preserve one of the jewels of North Lawndale. Built in 1913 as Anshe Kenesses Synogogue, the building has served as a church since 1962. In 1965 Martin Luther King spoke on its steps.

We've written before about the this North Lawndale building, forgotten until a city demolition order was issued late last year.   That spurred Chicago architect Carey Wintergreen, Lawndale activist Valerie F. Leonard and others to launch an eleventh-hour campaign to save the building, including a petition drive and trips to court to have the order stayed, as a solution to saving the structure can be saved.  A detailed analysis report from Hasbrouck, Peterson, Zimoch Sirirattumrong refutes city claims that the structure is any danger of collapse.

In an excellent article by Sharon Lurye in the Chicago Weekly online, historian Robb Packer recounts that Anshe Kanesses was built by Russian Jews as the first and largest of dozen of synagogues that would eventually be constructed on to the west side to serve Lawndale's 125,000 Jewish residents.  Lurye's story also has a great set of images by Eric Allix Rogers, so it's worth checking out.  Rogers has an even more exhaustive photographic documentation on the current state of building here on his excellent blog reallyboring.net which, despite its title, is a wonderfully interesting personal journal of his photographic journey through Chicago architecture. 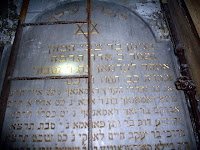 As you can see from the photos, the structure is in a very grave state of disappear, but it still offers up remnants that speak eloquently of its former beauty.  The memorial tablets you see in the photo were found by Wintergreen and his associates "jammed behind a steel ladder leading to the roof." They've since found a new home at Adas Yeshurun Anshe Kanesses Israel in West Rogers Park.

Much of the heritage of North Lawndale has already been lost.  This is the graceful former home to the Hebrew Theological College  at 3448 West Douglas Boulevard. 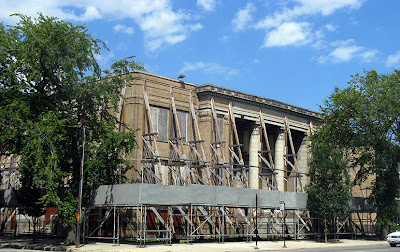 Abandoned for years, it was demolished in 2010.

Wintergreen has talked about making Good Shepherd's a museum documenting the Chicago campaigns of Dr. Martin Luther King, Jr, who lived in at a nearby building at 1550 South Hamlin - now also demolished - in 1966, and often spoke at Good Shepherd's.

A true city is a continuity, a history carried through its buildings into the current day, where the present the and future can continue to draw on a vibrant legacy of the past, of a continuous chronicle of how previous generations thought, act and built to meet the challenges of their time.  The building at 3411 West Douglas embodies that continuity to the highest degree. Golda Meir attended services  there when it was Anshe Kanesses Israel.  Martin Luther King, Jr. spoke there when it was Shepherd's Temple.  If it's allowed to vanish, it's not just the record of the city's past that will be diminished, but the richness of the Chicago's future. 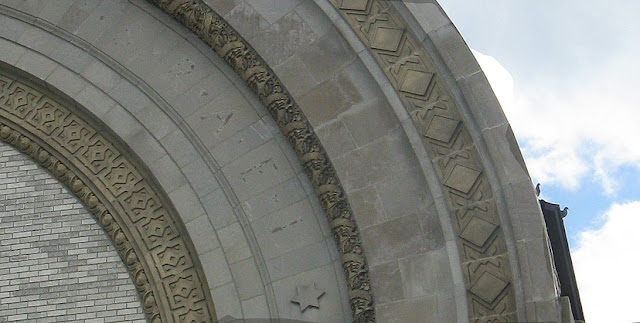