While taking some photos of Wolf Point in anticipation of Tuesday's public meeting on its proposed mega-development (three skyscrapers), I kept walking, west, north, finally south along a stub of Sangamon, drawn to the red-painted entrance of an old loft now filled with galleries. 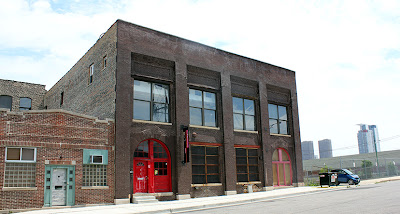 click images for larger view
Beyond it, making my way to a dead end at Kinzie, I could see little more than chain-link fencing around still another vacant lot.  Walking towards it, looking for interesting debris, I stopped dead in my tracks. 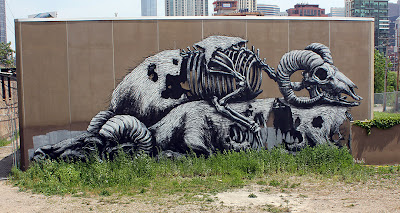 This spectacular mural, by Belgian street artist ROA and commissioned by the Chicago group Pawnworks, was painted in May of last year on the rear wall of the building housing the studio of architectural photographers Hedrich-Blessing, known for their portraits of buildings in their most perfect, pristine state.  Their headquarters structure is functional, simple, and plain. 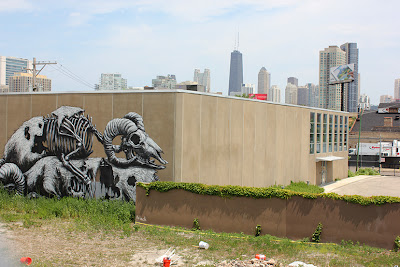 The once blank back wall and the huge vacant lot faces the fringes of the Fulton Market district, carved to bits by the multi-leveled intersection of viaducts, surface railroad tracks and the sunken Kennedy expressway, creating an unhomogenized urban colloid, caught in transition between long-standing uses, dereliction and gentrification. 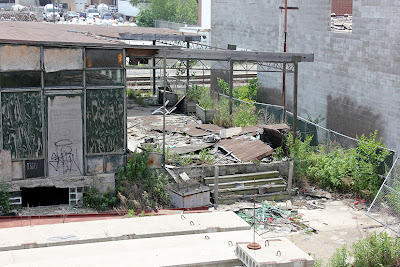 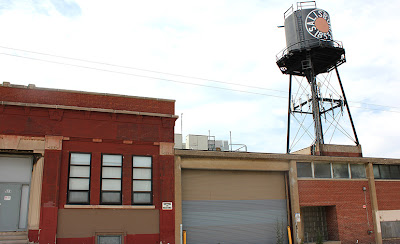 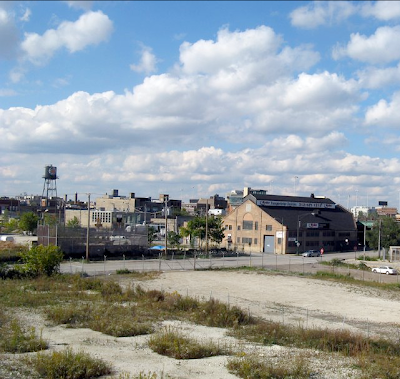 In an interview with Vincent Morgan from 2010, ROA talks about places like this . . .


It’s nice to paint in a restful and left behind place. It’s like an oasis between "the civilization". These places have an unique character, the decay and the lost industrial activity (like the factories) offering lots of interesting situations. Once place with a lot of agitation turns out in a wasteland where nature calls back, little rodents and birds are the only survivors in these black holes and taken over the places like humans did some centuries before. It’s fine to paint with nobody passing by or watching you, just do what you love to do, paint! 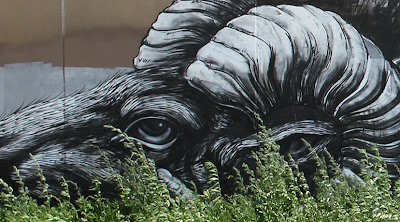 Sometimes, all the modern office towers, so clean, so scrubbed, so perfect, so sterile, seem like a hospital whose endless corridors, eerily silent,  you walk in profound dis-ease.  Can this be death?  Birth is a loud, messy business, to an uncertain end.


And what rough beast, its hour come round at last,
Slouches towards Bethlehem to be born?

In this unstable district, ROA's mural finds a natural home.  Here you find unveiled the bones and viscera that lie beneath the perfect architectural skins.