Back to the Future: Wrigley Building Plaza closes for Rehab


You can't get there from here.  At least from a while.  The passageway between Chicago's historic white-towered Wrigley Building and it's annex, which leads to the Trump Riverwalk, has been sealed up so workmen can move forward with a rehab/retrofit of the plaza, which is actually a viaduct owned by the city built over what was once North Water Street, leading pedestrians to find temporary detours a block or more north. 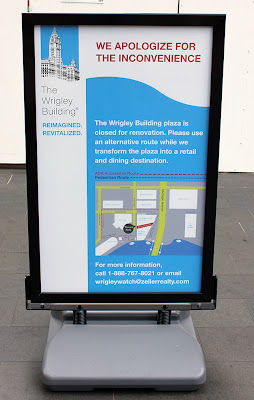 We're still trying to get more information on how long it will take and what it will look like when finished, but a June press release promised:


Plans also include repairs to the city-owned bridge over lower East North Water Street as well as a new decorative stone walking surface on the plaza. The white glass and metal cladding at the vacant 410 Club entrance will be replaced with terra cotta and a new bronze storefront with added retail entrances off the plaza. The non-historic glass and wood wall separating the plaza from Michigan Avenue will be removed to create an elegant and inviting gateway to the plaza. 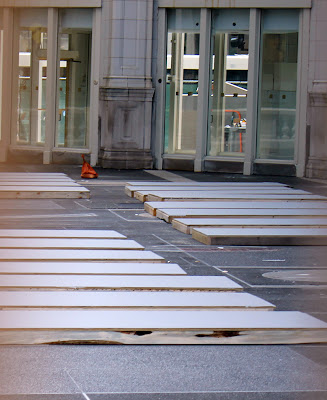 So the cheap-looking metal storefronts added a couple years ago when the building was controlled by Mars Candy . .  . 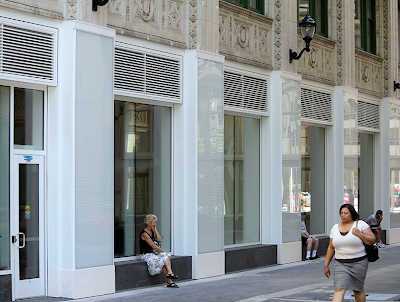 The new owners are saying all the right things.  In January, when the complex was being given official landmark status, we wrote about the passageway's increased importance as the gateway to River North, which has been completely transformed from the industrial district it was at the time the Wrigley was built in the 1920's.  Let's hope. 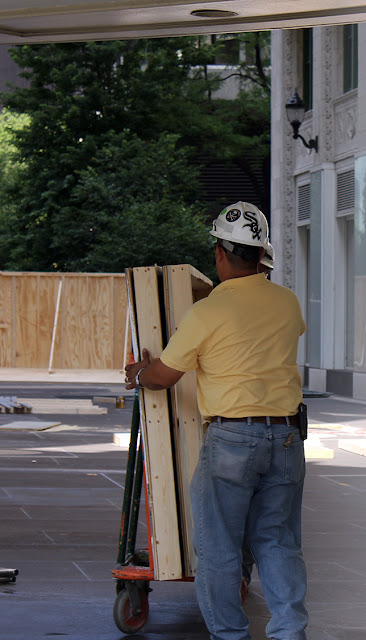