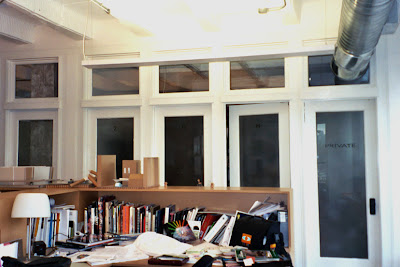 click images for larger view
If last fall was the year of Bertrand Goldberg at the Art Institute, 2012 will be the year of Jeanne Gang.  On September 24th, the Art Institute will open a new exhibition, Building: Inside Studio Gang Architects, showcasing the work of . . . 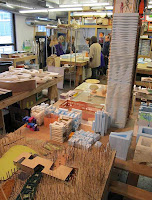 . . . MacArthur Fellow Gang and her team of 40 architects, designers, and thinkers have produced some of the most inventive and award-winning architecture today. Featured not as a survey or retrospective, the projects of Studio Gang Architects (SGA) will be showcased in an engaging workshop-like environment that reveals the practice's creative processes as they seek to answer pressing contemporary issues through architecture.

The exhibition, designed by Studio/Gang, in collaboration with Art Institute curator's Zoë Ryan and Karen Kice of the Department of Architecture and Design . . .


consists of two interrelated parts. The first functions as a gallery with projects illustrated through a range of materials from sketchbooks and models to photographs, plans, and other drawings. This space will also feature a special series of installations, also designed by SGA, dedicated to the studio's material research and formal explorations.

The second section of the exhibition replicates a workshop, complete with a large worktable, pin-up boards, full-scale mock-ups, and material samples.
The second space will host two "Archi-Salons" intended to place Studio/Gang's work "within the larger field of architectural discourse."  The first will be October 6th, 2:00 to 4:00 p.m., to be led by architect and UIC assistant professor Clare Lyster; the second, November 17th, also 2:00 to 4:00, to be led by MAS Studio's Iker Gil.

We were introduced to Jeanne Gang when we first began writing about architecture almost a decade ago, when she was flagged by Stanley Tigerman as an emerging star.  Since then, Gang, Mark Schendel and the other talented people at the firm have been extremely generous with their time as they've gone on to such hallmark projects as the Kam Liu Center,  the SOS Lavezzorio Community Center, the Starlight Theatre in Rockford, the Columbia College Media Center, and, of course, Aqua, which became an instant Chicago landmark even when it was under construction. 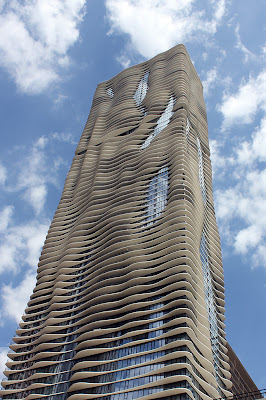 We've accumulated a lot of material on Studio/Gang that we've never published and, assuming my mind again begins to function, I hope to be posting a lot more text and photo's as the exhibition opening nears.  Some lines to the story so far . . .
Jeanne Gang: Before Aqua - an early portrait. 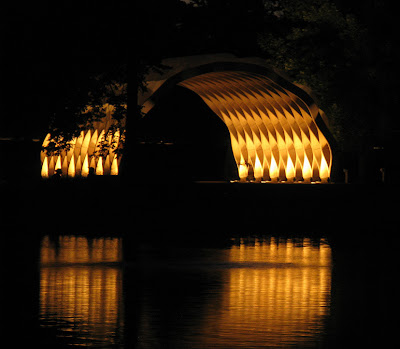