Street Smarts: Chicago Street Art, at the Cultural Center only through Sunday - Plus our Photogallery on Art on the Street (and Viaduct) 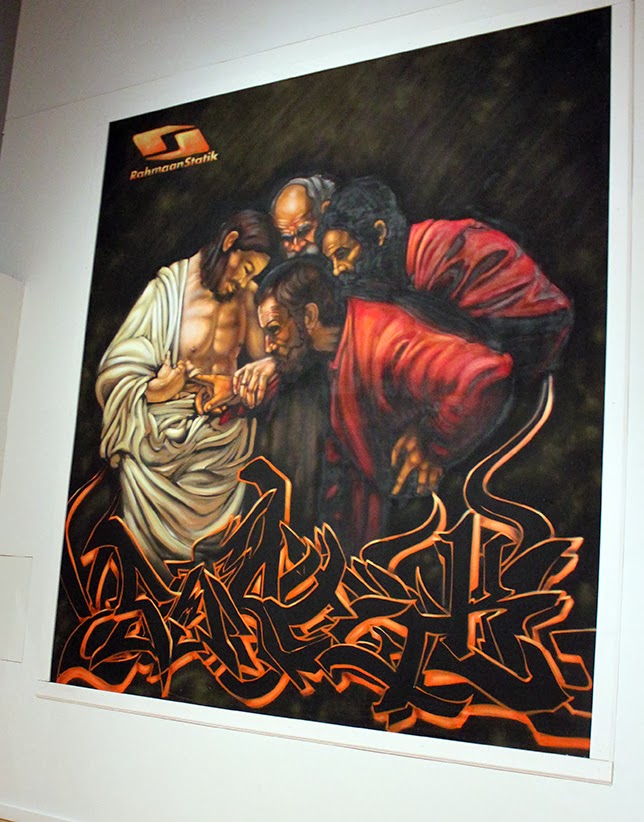 Okay, so people liked our Monday story about the doomed Phillips House in Sheridan house a lot more than they liked Tuesday's post on pitching 150 North Riverside, so we're taking a break before part 2 to remind you of a great show at the Chicago Cultural Center's 4th floor exhibit hall, Paint Paste Sticker: Chicago Street Art. You have only through Sunday, January 12th to see it.  My apologies. 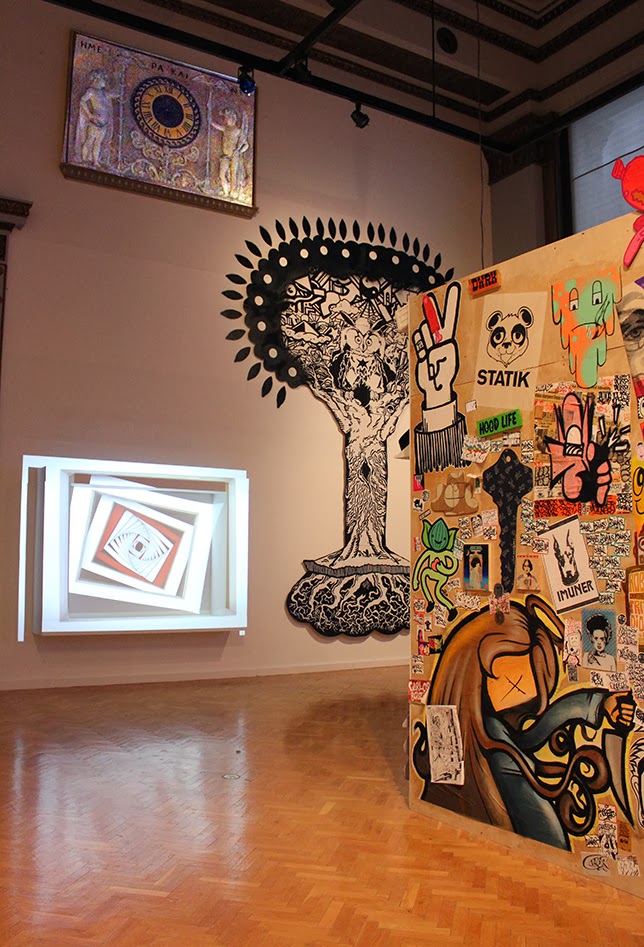 Painted, wheatpasted or stickered, made for a hard life on the streets or to enliven a domestic setting, the art flowing from the Chicago Street Art community is among the most intense and vibrant in the city today. The exhibit features work from over two dozen artists including Slang, Zore, Ish Muhammad, Hebru Brantley, Uneek, Statik, Brooks Golden, Chris Silva, You Are Beautiful, Oscar Arriola and an overview of projects by Chicago Urban Art Society & Pawn Works and Galerie F.

Jyoti Srivastava has a great post on the exhibition with photos of over a dozen works and curator Nathan Mason.   An article by the Reader's Deanna Isaac's profiles Statik, a/k/a, Rahmaan Barnes, who created his “remix” of Caravaggio's The Incredulity of Saint Thomas, seen at the top of this post, entirely in spray paint.

Many of the artworks come from organized - and authorized - projects.   Others came from the more renegade forms of graffiti and tagging. I don't think I want to go back to days in 1980's when a deeply troubled New York City had its subway cars overrun with graffiti, nor am I comfortable with buildings and L stations being tagged by street gangs marking their territory, but you can't help to be impressed by the creativity street artists bring to some of the city's drab and unwelcoming infrastructure.  There's even a bus shelter, by Mario "Zore" Gonzalez. . . 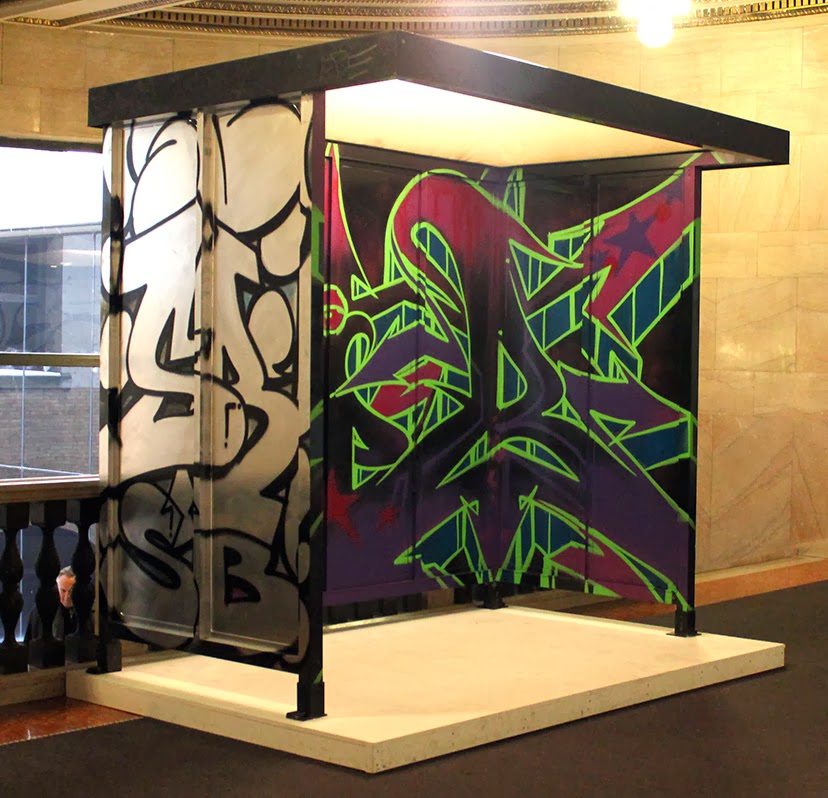 . . . that would be a welcome relief from Bob Stern's joyless, thick-limbed constructions.

It's a great show, and this Saturday, January 11th, there's a closing weekend program, Chicago Street Art Stories:  1:00 p.m. in the Claudia Cassidy Theater on the Cultural Center's on the 2nd floor off the Cultural Center's north stairway. An open mic where you'll be able to hear many of Paint Paste Sticker's artists talk about their art and careers.  “The Exhibition catalog will be available and free for the taking.”

Here's our own gallery of some of Chicago's street art.  Some were temporary, others disappeared behind new buildings, many still endure for your enjoyment. 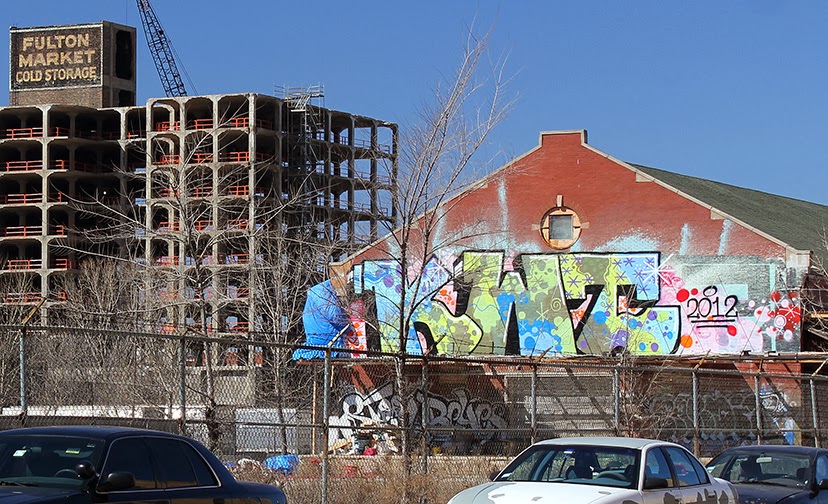 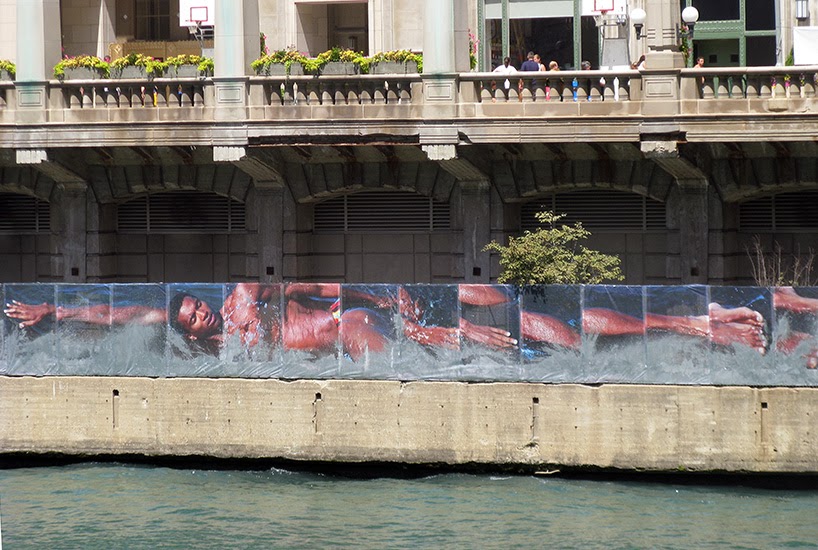 continue the survey, after the break 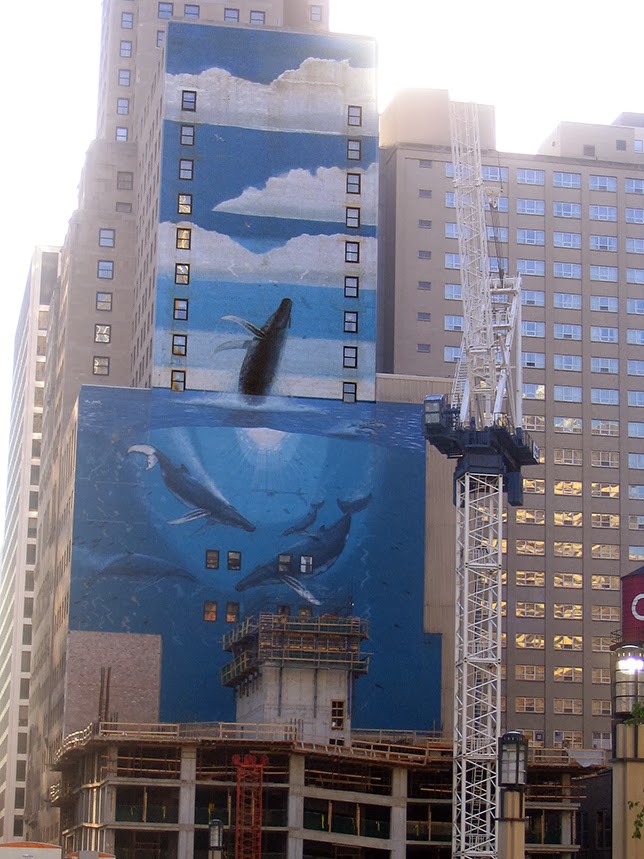 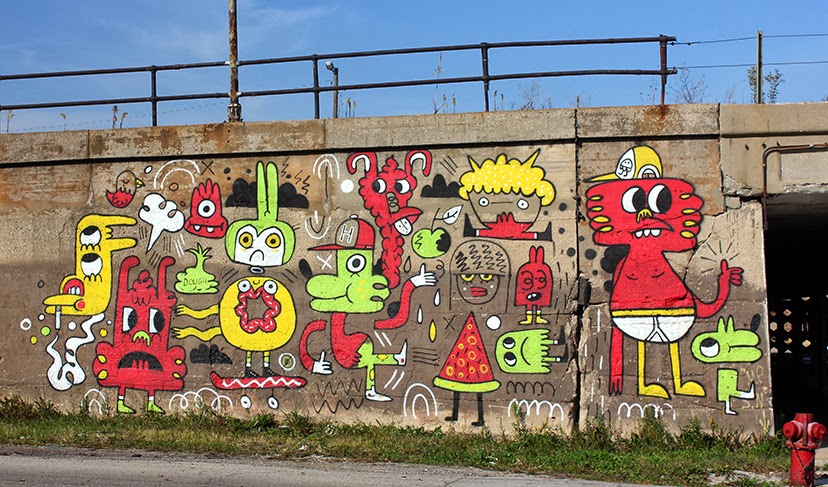 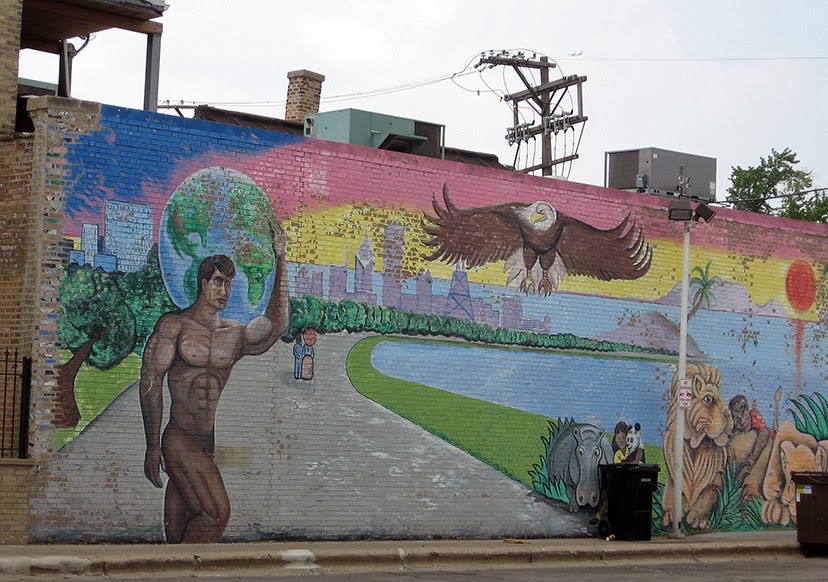 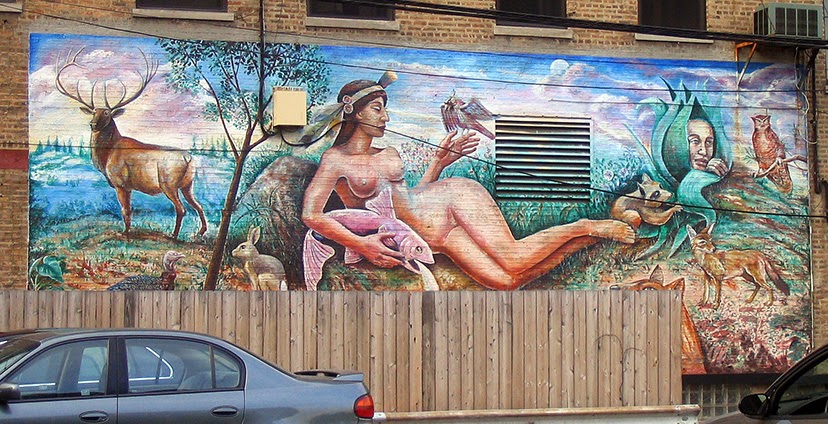 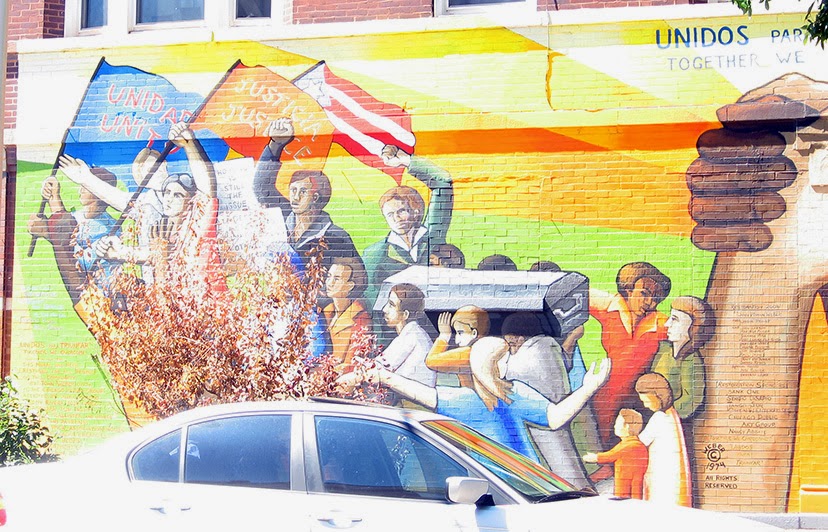 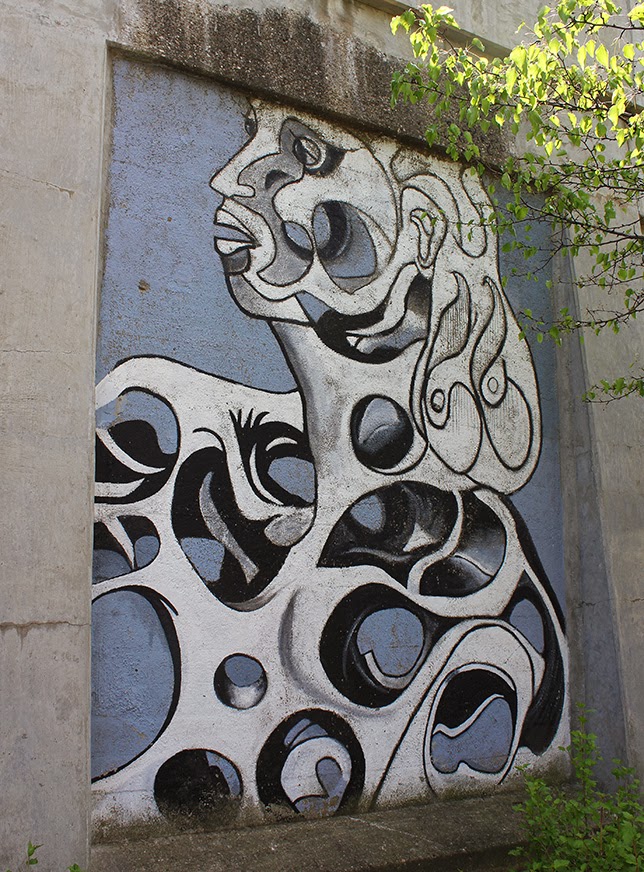 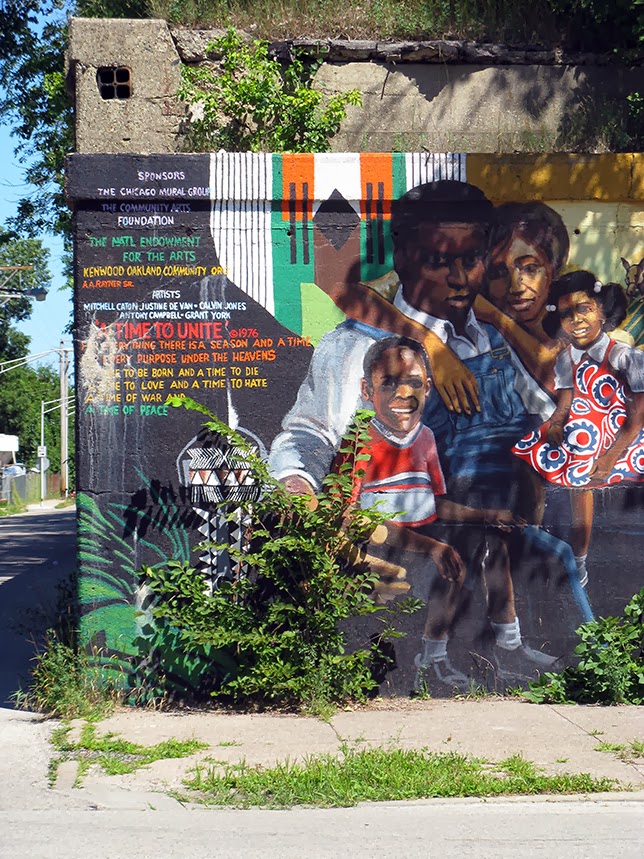 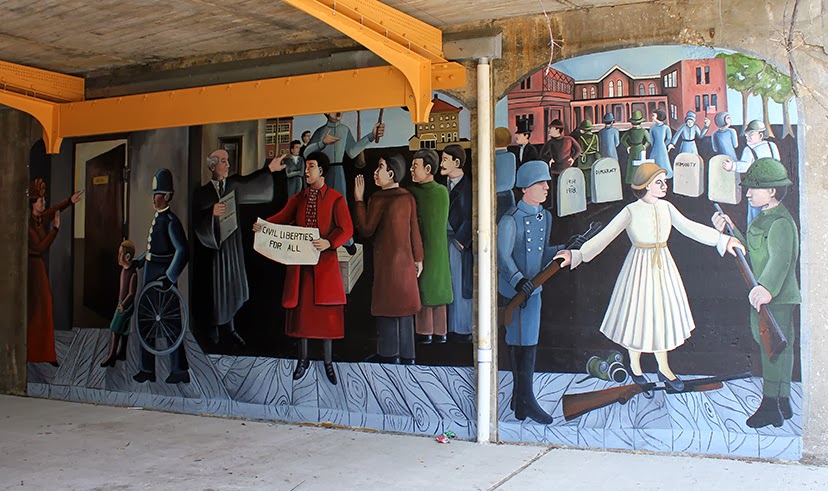 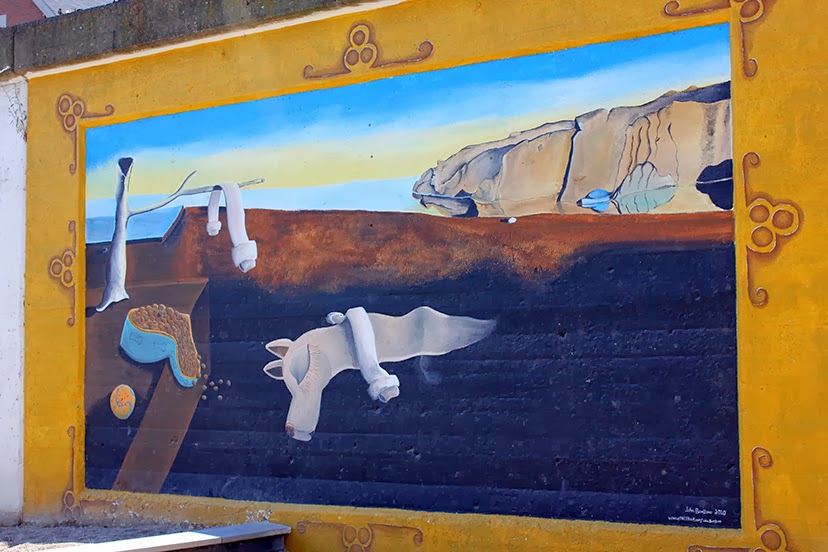 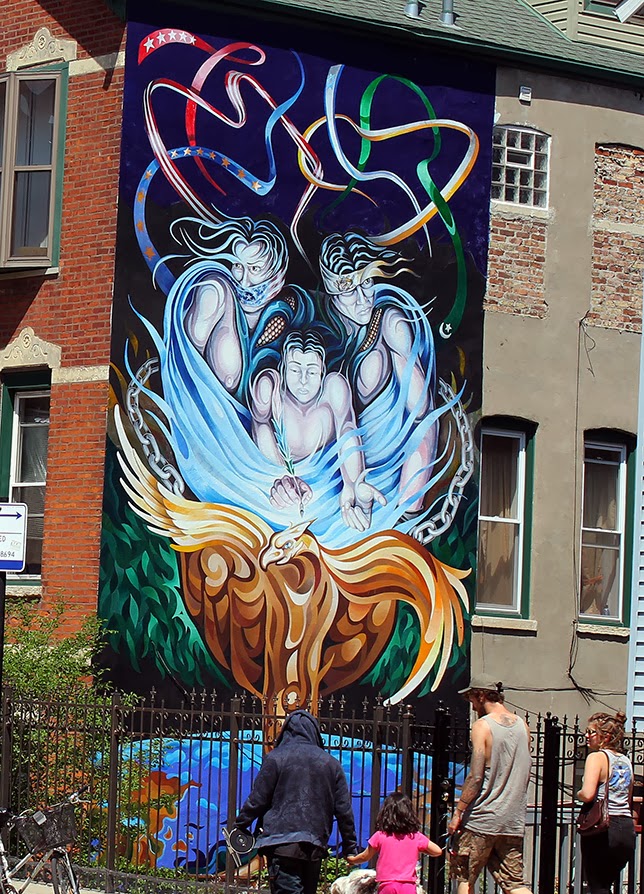 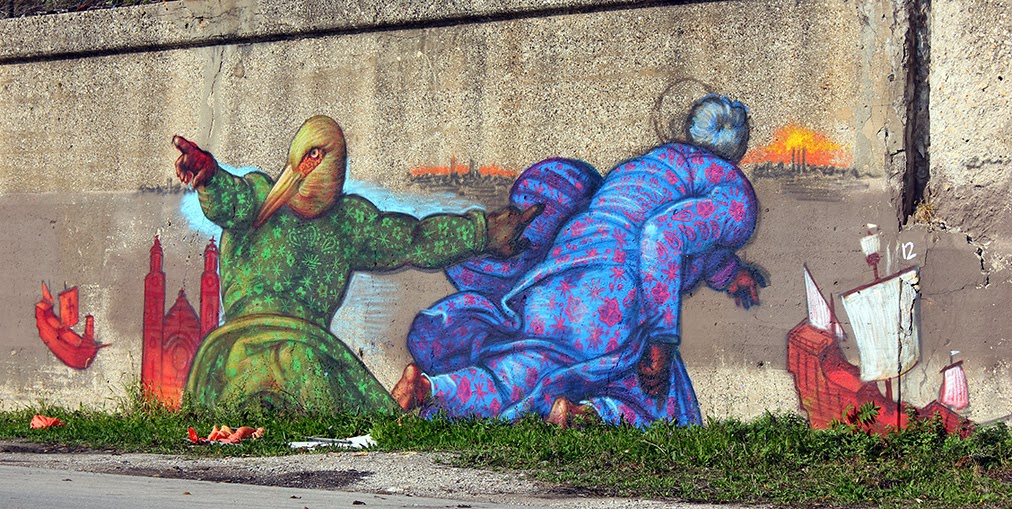 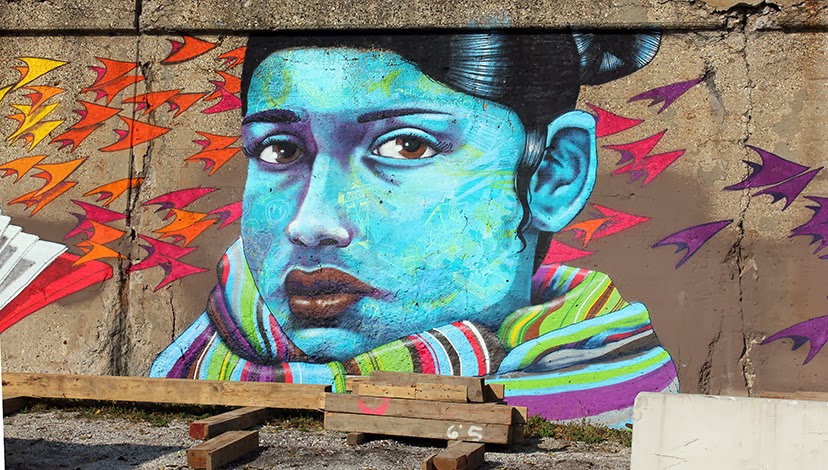 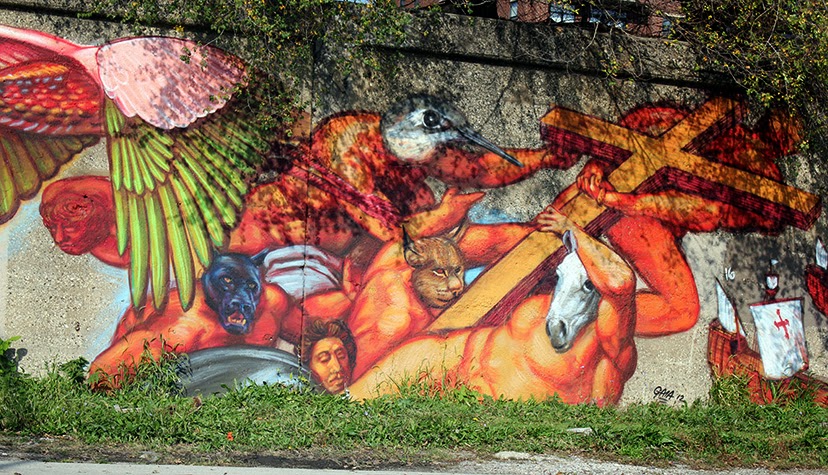 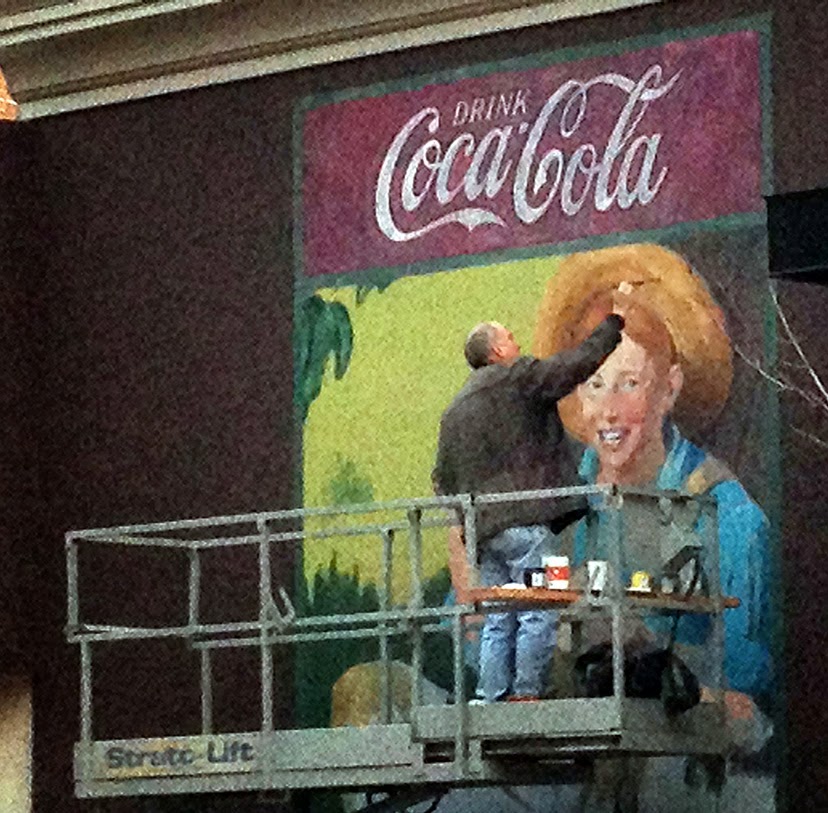