John Vinci to receive AIA Chicago 2014 Lifetime Achievement Award, even as his indispensable Adler and Sullivan book still out of print

Vinci has just finished curating the open-air exhibition Millennium Park: An Anatomy in Photographs, on the park's North Boeing Gallery, which runs through October of next year.  From the press release . . .


Vinci, 77, has been practicing architecture since he graduated from Illinois Institute of Technology (IIT) in 1960. A collaborator with famed architectural photographer Richard Nickel, Vinci is known for his staunch, outspoken defense of classic Chicago architecture over the past 50 years.  From his initial preservation work as a student - organizing an IIT exhibition on the work of Adler & Sullivan or salvaging ornamentation from the then soon to be demolished Garrick Theater - he has played an integral part in the preservation and restoration of works from architects as varied as Frank Lloyd Wright to modernists Ed Barnes, Ludwig Mies van der Rohe and Eero Saarinen. Among his numerous restoration projects, Vinci was instrumental in the salvation and reconstruction of Louis Sullivan’s Chicago Stock Exchange Trading Room. 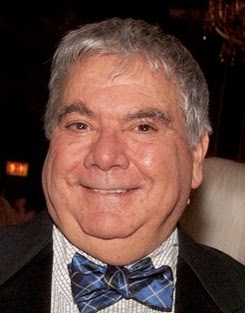 “No one has moved so effortlessly from past to present to future as John Vinci,” says AIA Chicago executive vice president Zurich Esposito. “His designs are rooted in history and informed by his scholarship yet most certainly of our time.”

“John is both a consummate designer and life-long advocate and practitioner of preserving Chicago’s historic architecture,” Bonnie McDonald, president of Landmarks Illinois says. “Because of his leadership and perseverance, some of Sullivan’s and Wright’s greatest works have been restored for generations to enjoy. And his dedication to the legacy of Adler and Sullivan, especially as documented by the late Chicago photographer Richard Nickel, resulted in The Complete Architecture of Adler & Sullivan – a book that will continue to motivate all of us to preserve Chicago’s great architecture.”

That book, a collaboration between Vinci, Tim Samuelson, Ward Miller, building on the work of photographer, preservationist and scholar Richard Nickel, is one of the most essential resources on Chicago architecture, but it remains out-of-print, only four years afters its publication. (The going price is around $600.00 both at William Stout Architectural Books and Amazon.)  The volume is now owned by the Art Institute of Chicago, which acquired it as part of acquiring the Richard Nickel Archive in November of 2010.  AIC could bring something to the Vinci - and Chicago architecture - party by announcing sometime between now and October their intention of bringing out a new edition - or even a web version  downloadable as a PDF.