The Chicago Architectural Club, originally founded as a sketch club all the way back in 1885, continues to be active in the city's architectural discourse over a century later.  In announcing on Saturday the topic of its 14th Chicago Prize architectural competition, it's also proven that it's not short on ambition.   The new competition seeks proposals for the Barack Obama Presidential Library . . .


. . .  to initiate a debate in order to rethink and redefine this particular building typology. Within the context of the city, is this institution a stand-alone monument or rather a forum of social-urban interaction and an active extension of a President’s legacy? Would it be considered as one of the civic components of Chicago’s public library system or does it remain autonomous? At its best this is a cultural institution providing a place for the exchange of knowledge, the creation of dialogue and debate, and last but not least an urban niche to read and write.

Many Chicago locations have been proposed for the library, including even Pullman and the old Michael Reese Site, both nothing so bold as the one chosen by the CAC - a prime riverfront site right across from Wolf Point.  And while architectural competitions are often unmoored speculations to let the creative mind roam free, the Obama Library competition is a triple fantasy. 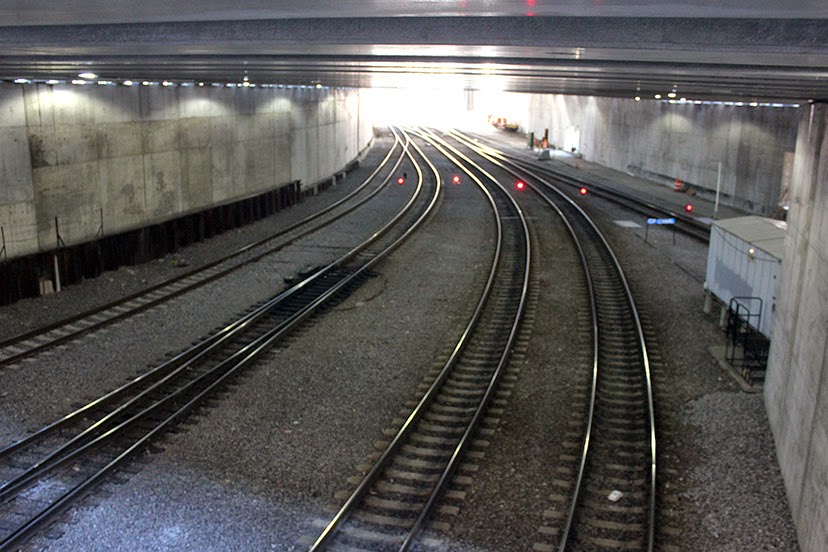 The competition's bare-bones brief includes three maps of the site, and five photographs, all of which show it as a parking lot.   Nowhere does the brief mention that the site is crossed by Metra mail tracks, or, more importantly, that a large structure has just been constructed on the site, covering those tracks, and forming the surface of a new 1.5 acre riverfront park that the city has already spent a large part of the $29.5 million it has committed to the project. 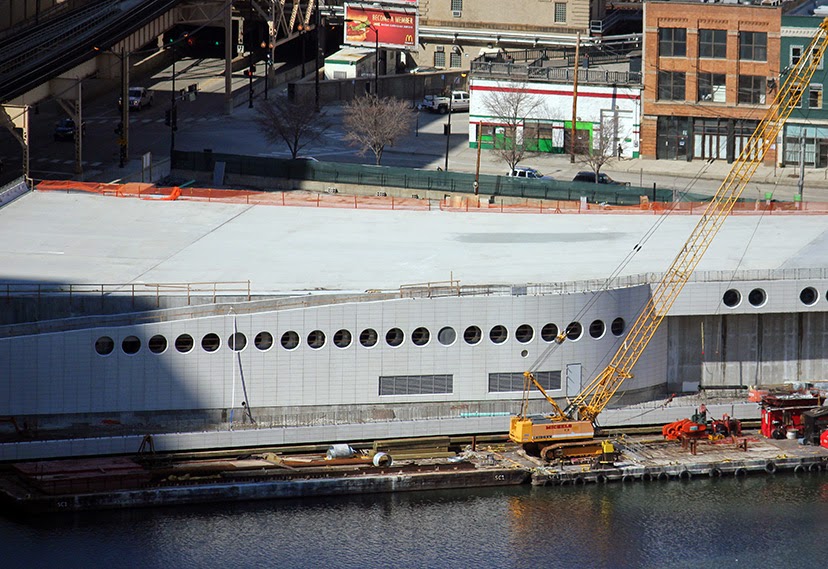 Looming larger still is that behind that park, River Point, a 52-story-high skyscraper, is now rising. 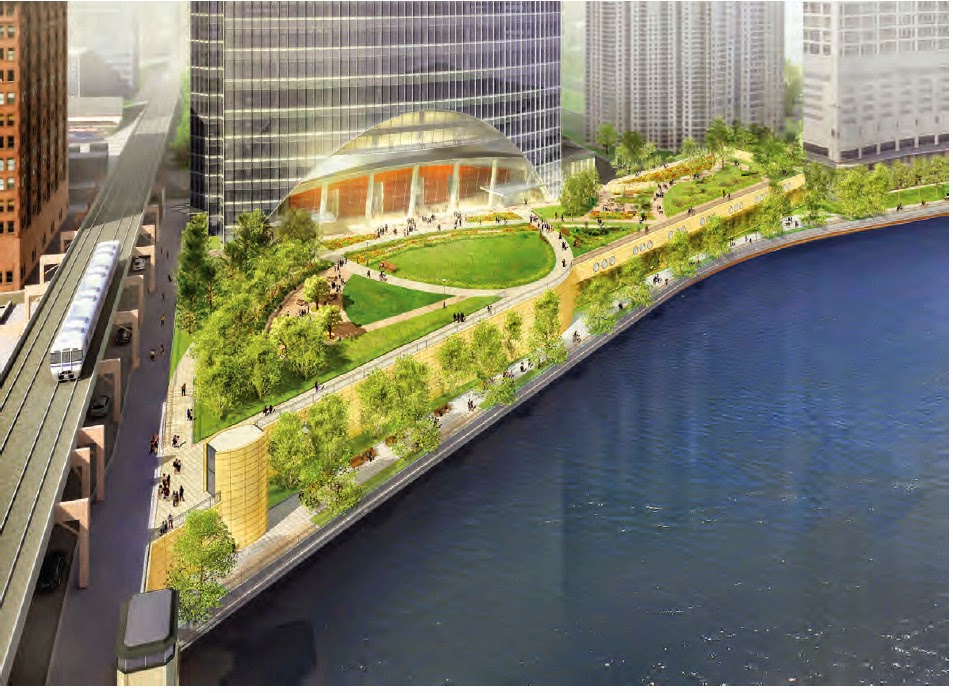 So while the idea of a riverfront Obama Library is certainly a stimulating one, it's not just divorced from reality, but in a parallel universe, unless you could build it at the tip of Wolf Point where an even taller skyscraper is planned.  Or maybe the Library could be tucked next to lower Wacker to serve as one of the monetizing engines that the City of Chicago has put out to bid to pay back the loans that have funded construction of the new Riverwalk.  Other than that, the Chicago Prize competition is less of a "What-If . . ." than a "Hey, wouldn't it be really cool . . ." proposition.

Get all the details and download the brief here.

Surely this is what the hole left by the Spire was made for.