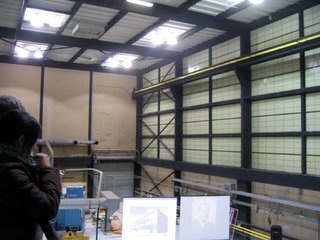 Last night, IIT Professor and architectural historian Kevin Harrington gave a highly informative lecture on Mies van der Rohe's Minerals and Metals Building. In the 1930's, Chicago's Armour Institute, soon to be renamed the Illinois Institute of Technology, brought Mies to Chicago to take over its school of architecture and design a new campus. It wasn't until 1942, however, that he was finally able to complete his first structure for the campus, the Minerals and Metals Building. Far less known than Crown Hall, it’s the building where Mies began to work out a new form architecture that would soon redefine modernism through the world. Recently, it’s been taken over by IIT’s rapidly expanding College and Architecture. I hope to soon write about Harrington’s lecture in greater depth. For the moment, here are some very informal photos to give you an idea of this unique building, whose two-story great hall hosted Wednesday night's lecture. 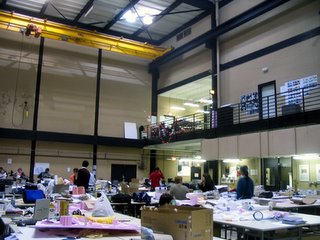 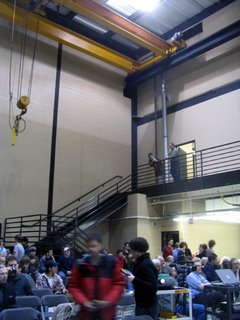