Voyeur on the Roof - What was the Art Institute Thinking? And You?

Say what you will about those blockbuster exhibitions at the Art Institute, the folks behind AIC's marketing have become especially adept at finding imaginative ways to sprinkle their promotions throughout Chicago's cityscape.
For Roy Lichtenstein: A Retrospective, the museum's school co-sponsored a competition that resulting in the entire upper reaches of a building along the Kennedy Expressway being transformed into a
giant mural of Chicago landmarks done up in the artist's signature Pop Art style. 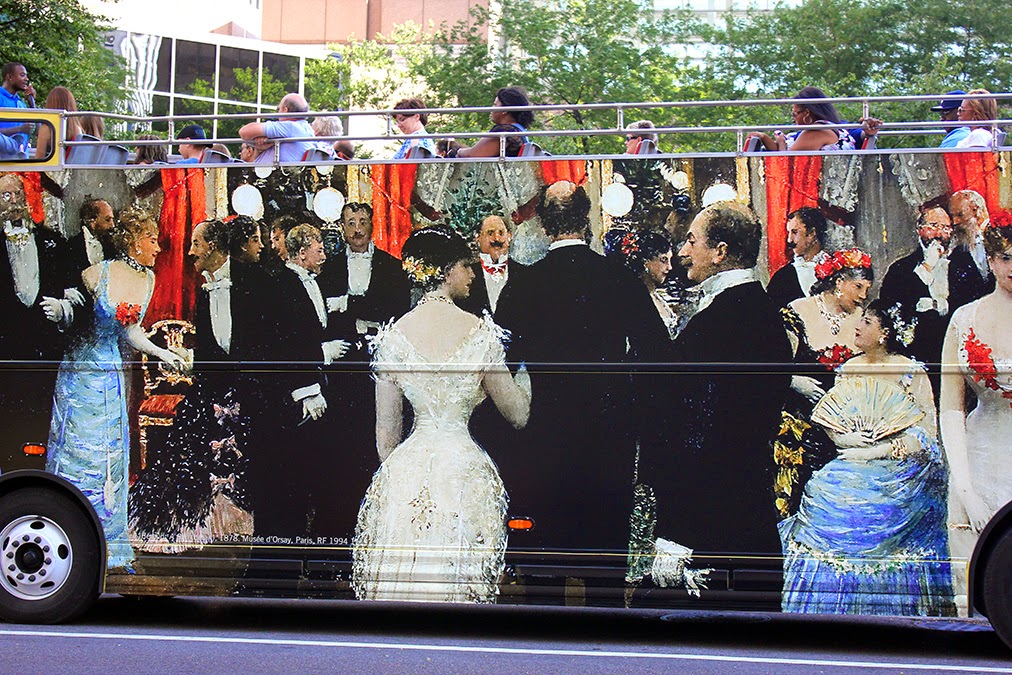 For Impressionism Fashion and Modernity, entire double-decker buses were turned into canvases that drew you directly into a painting of turn-of-the-century society at play. 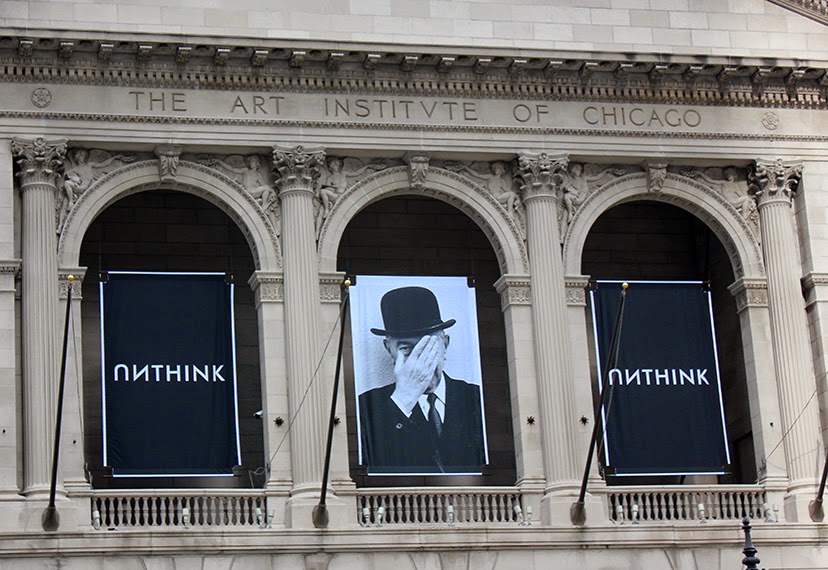 The Art Institute's current blockbuster is Magritte: The Mystery of the Ordinary, 1926-1938, running through October 13th.  It was drawing big crowds when I took it in on Saturday.  I recommend it if for nothing else than the experience of walking through the maze-like circuit of galleries in which it has been installed.

To promote the show, Chicago ad agency Leo Burnett has come up with an “Unthink” Magritte campaign that includes a mobile app and links the word to a host of different values in different iterations of the theme.  In addition to use usual appropriation of tour buses and trolleys, there's installations like these at the Chicago Avenue Red Line stop . . . 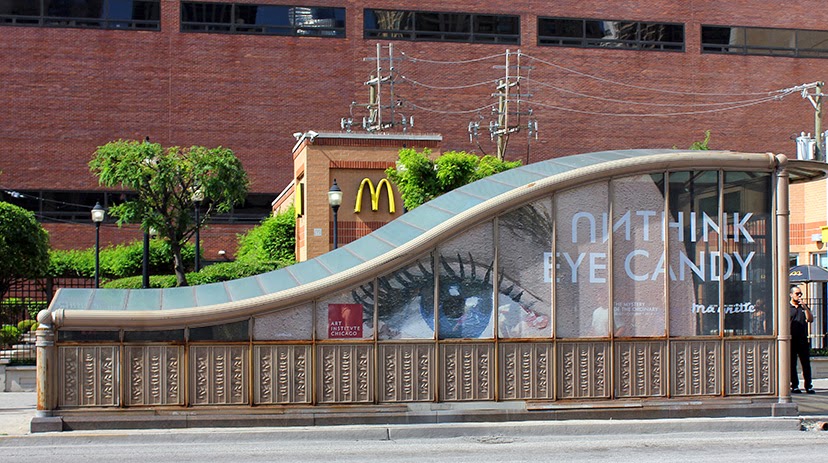 One variation of the theme, however, has been a little-known secret, not in intention but by design.  We're grateful to our indefatigable correspondent Bob Johnson, who uncovered the secret for us in these photos.
Can you see it?  In the right side of the photo, right next to the Metra tracks?  Let's get a little closer.
The larger part of the roof of the Art Institute's Morton Wing has been turned over to a striking Magritte seaside portrait of a seriously abstracted nude, with the inscription  “Unthink Voyeurism”.  Visible only to people in nearby tall buildings, birds, and passengers in low-flying planes, this has to be one of slyest, most surreal adverts ever.

Email ThisBlogThis!Share to TwitterShare to FacebookShare to Pinterest
Labels: Art Institute of Chicago, Bob Johnson, Leo Burnett, Magritte: The Mystery of the Ordinary

Google earth. That is what they were thinking.

Better hope they bribe Google to update the satellite image before the show closes.