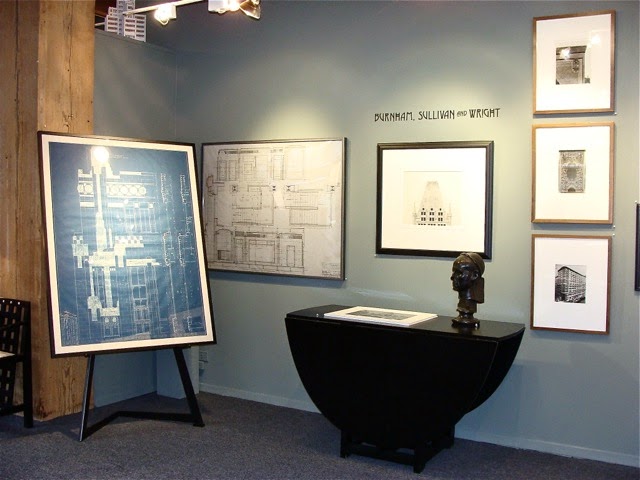 A city's character is built out of the unique things that raise it above the generic underpinnings common to all.  As of the end of December, Chicago will lose one of its unique things with the closing, after sixteen years, of the ArchiTech Gallery of Architectural Art.  You only have through this Saturday, November 28th, to see the gallery's final show, Burnham, Sullivan and Wright, featuring "drawings, blueprints, photographs and objects" drawn from three of the architects associated with Chicago throughout the world.

The show is typical of those put on by the gallery since its opening in December of 1998, initially drawing on the collection of the short-lived Kelmscott Gallery, which specialized in works of Frank Lloyd Wright and was located in the former Krause Music Store,  whose ornamented facade was the last major design of Wright's Leiber-Meister ("beloved master"), Louis Sullivan.  ArchiTech owner David Jameson was manager at the Kelmscott, and for nine years ran the vintage shop Gallery Kitsch, "known for its outrageous fashion and decor". 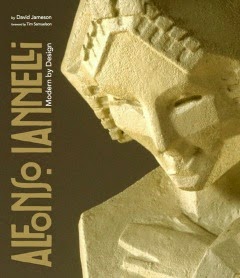 Not long after opening ArchiTech, Jameson acquired the archives of sculptor, architect and designer Alfonso Iannelli, ultimately resulting in the 2013 book, Alfonso Iannelli: Modern by Design, one of
the essential volumes on Chicago's cultural history.  Lavishly illustrated, it covers, often in never-before-revealed detail, the life and work of both Iannelli and his equally talented wife Margaret.  Central figures in their time but then largely forgotten, Jameson's book does major service in restoring them to their rightful position in the timeline of Chicago artists and advocates. 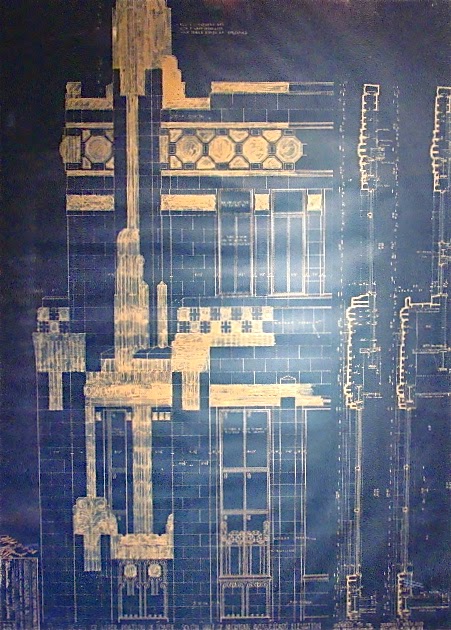 The exhibition archive section of the ArchiTech website is a treasure trove both of amazing images and highly personal and informative essays on a wide range of topics, from Frank Lloyd Wright, to Bertrand Goldberg, iconic photographers Hedrich Blessing, Napoleon's engravings of the monuments of ancient Egypt, lesser-known architects and designers such as Alfred Browning Parker and Henry Glass, and even architectural toys.
I'm hoping the website will survive even after the gallery closes, but I'm making myself a pdf just to be safe.

As I'll be writing more on next week when I take on the controversy over the Lucas Museum, Chicago's pretensions to being a world-class supporter of architecture are often punctured by its real-life actions, and the way the ArchiTech Gallery has often had to struggle speaks to this fact.

I've never been astute enough financially to acquire enough capital to become a collector, but if you love architecture in general and Chicago architecture in particular, and would some of its history for yourself, there are wonderful things to be found at ArchiTech, and you'll find it well worth your while to stop by and have David walk you through his collection.  December 31st is the gallery's published "final closing", but the last show, Burnham, Sullivan and Wright, is up only through today, Friday, November 27th and Saturday, November 28th, noon to 5:00 p.m.

The ArchiTech Gallery is something quite special.  We shall not see its like again. 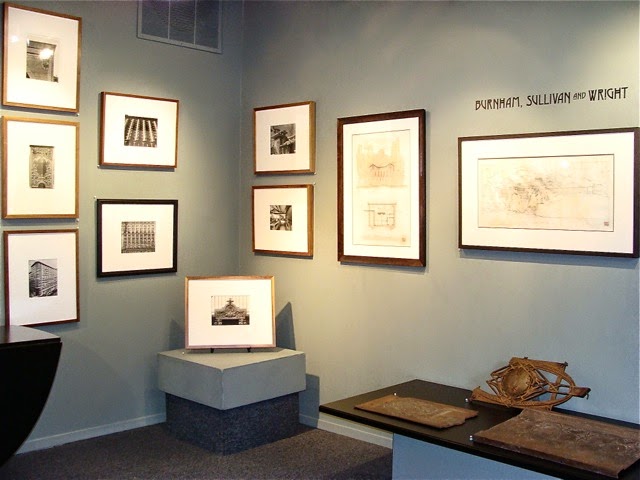 Is it yet known if the collection will ever be made available for public viewing again?