"All the lights were on, but no one was home."

Did you ever walk down a street late at night and have that phrase pop into your head.? 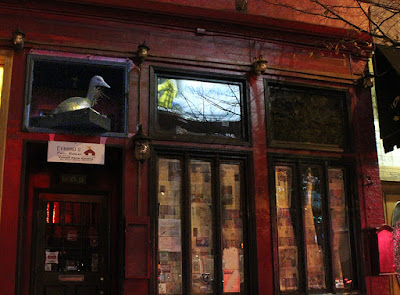 A street with restaurants you were used to seeing bright and filled with people?

A street they've told you is about to change utterly?  About to become still another avenue of tall, sleek residential towers, the light of the apartments beaming the image of their monied interiors out into the evening? 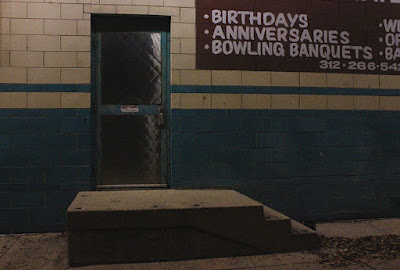 A street where you could swear you hear footsteps behind you.  They stop. You take a few more steps, and hear them again, muffled.  And then you turn quickly around and gasp . . .

. . . as a gang of 30-foot pizza slices stand looming over you, shedding grease that has dried into flakes down onto you like dandruff.  And then, as quickly as they had appeared, they vanish from sight.

It's clear they don't want you there. 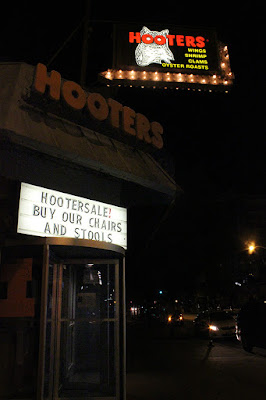 It's like everyone decided to move out, really fast.   Had the Hooter Girls insisted on going on that midnight walk alone in the woods, even after we had warned them? 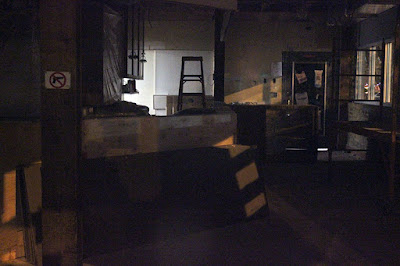 The once polished interiors stand empty and violated. 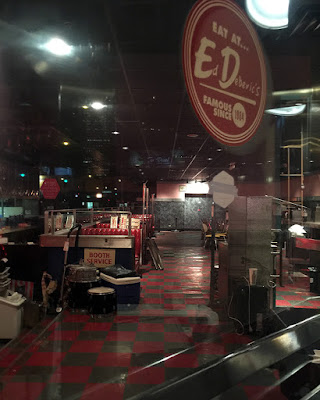 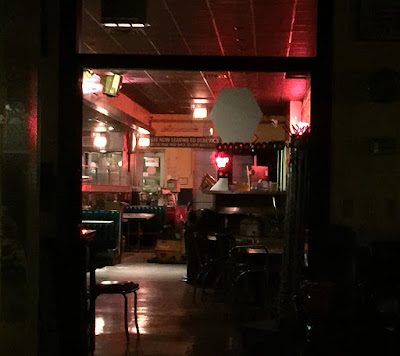 You can hear the unnerved spirits that were left behind, still cracking their gum, their insults reduced to inaudible whispers. 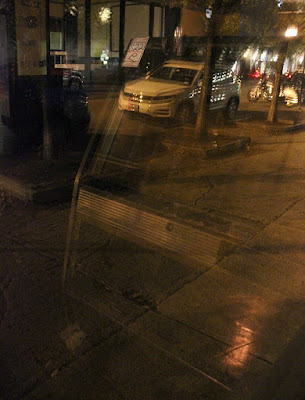 An invisible jukebox insinuates grotesque polkas out onto the street . . . 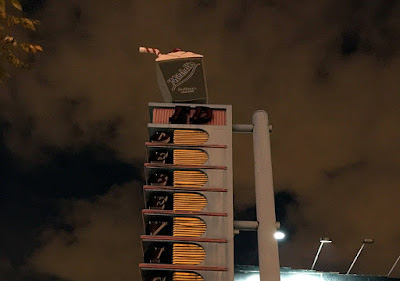 . . . as the tower of shake stands darkened and forlorn against the night sky. 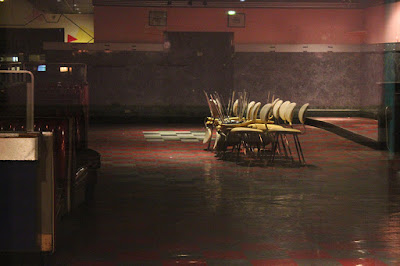 The witching hour approaches. The chairs huddle tightly together in mute terror.