Flip City: Smiles of an Autumn Night at New City

There are many nasty things to be said about New City, the massive 370,000 square-feet retail/residential center now coming on-line just south of the booming Halsted/Clybourn/North retail corridor. 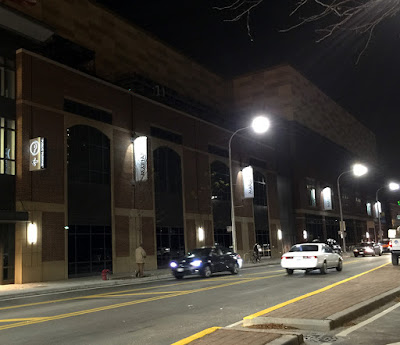 Most of all, that the seemingly endless exterior elevations  are not just bad, but horrifically, what-were-they-thinking, soul crushing bad.  Actually it's easy to imagine what they were thinking.  Those fortress-like walls, especially the one stretching down Clybourn, are prophylactics against the current state of the adjacent neighborhood, with the CHA's Thomas Flannery senior citizen public housing towers to the east, and the still resolutely empty expanses of land to the south left behind by the demolition of the infamous "projects" of Cabrini-Green.  The irony, of course, is that if New City succeeds in gentrifying its environs, those same walls will become an ugly, impermeable repellent to attractive urbanism.  Don't get me started.

But, as the barrister told the policeman in the classic Monty Python sketch, there will plenty of time for that later. 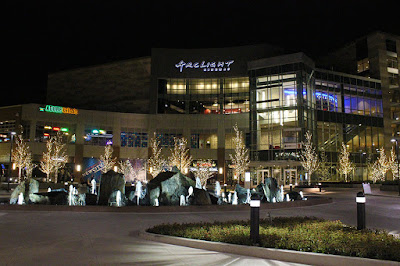 For now, I want to give you a picture of the optimism of New City, designed by OKW Architects, as found in its soft, chewy center, a privatized piazza around which the shops, restaurants and attractions of the shopping complex revolve.  (Except for the 83,000-square-foot, multi-story Mariano's - the chain's largest - which has its own grand entrance at New City's Southeast corner).  There's a green-boulder fountain . . . 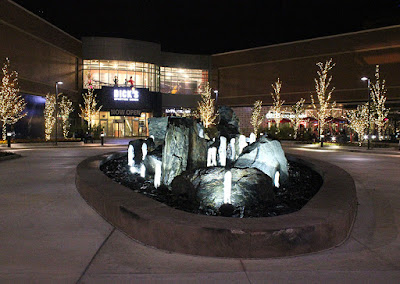 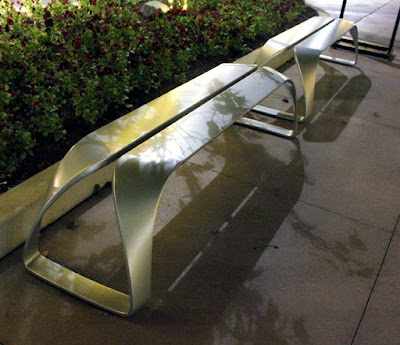 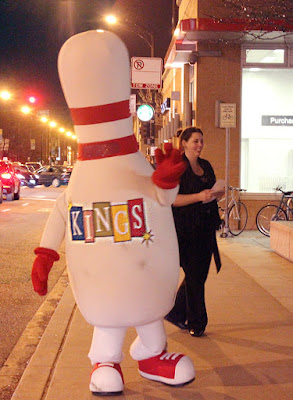 Clearly, it could have been a lot worse.  Instead of a strip mall awash in an ocean of surface parking, we have a 1,000 car garage, and a very real- if privatized -  public square.

There are still empty storefronts, but the center is filling up with such retailers as a large Z Gallerie, and a colorful It'Sugar offering over 200 varieties of bulk candy.  Dick's Sporting Goods second Chicago location is, at 50,000 square feet, the complex's major retail anchor.  Its placement follows the stacked model where smaller shops are on the ground level and destination stores placed above, journey's end via a long escalator ride.  (It was worth visiting the big central plaza just to hear a father say offhandedly to his wife and kid, "There's a big Dick's right over there.") 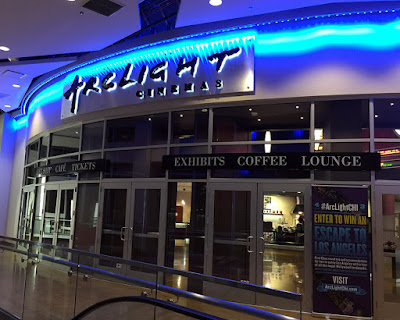 The other major anchor is the Chicago outlet of the Arclight Cinemas, perhaps best known for its Hollywood multiplex that includes the 1963 Cinerama Dome.   Earlier this year, Arclight took over the former Glen 10 theater in Glenview, but the New City facility was built specifically for the company and showcases its attention to top-quality projection and sound, as well as offering a bar, no ads other than trailers, (three max), no dinging arcade games, reserved seating and the top ticket prices in town. 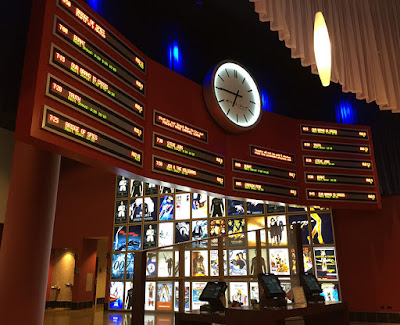 Arclight is situated on the third floor, above the Mariano's, so it's two long escalator rides to the top, although there's elevators and what appears to be direct access to the garage level adjacent to the theaters.

New City is a little bit of suburban lifestyle mall tucked within the protective armor of its long blank street walls.  The brick facades around the piazza may be totally undistinguished, and it's a puzzle why one end of the space is butted up against the bare-bones parking garage . . . 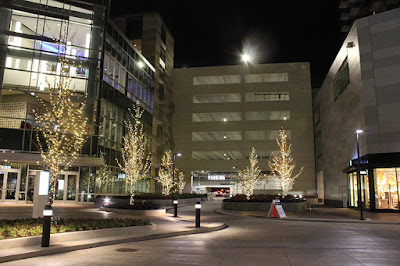 . . . but there's no denying that on an evening far more pleasant than we had any right to expect for the 4th of November, with the banality of the interior facades softened by the night and the young trees ablaze with the light, the New City piazza was a fairly pleasant place to be.  Patrons were taking advantage of the el fresco dining at one of New City's several restaurants, kids were running along the side of the fountain, and gracious young women in crisp white shirts and black skirts were gently bearing down on people in the piazza to offer them quite tasty samples of meatballs and shrimp roll from Earl's Kitchen + Bar. 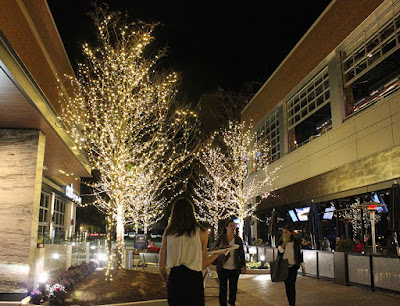 As the Chicago Housing Authority seems finally poised to bring its vacant lands to the south under development, New City looks to be a major transitional pivot in taking the neighborhood from poor to privileged.   Just don't look at it from the outside.