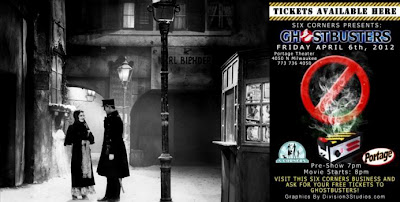 click images for larger view
In our post on the Portage Theater, we correctly reported that the theater will have a rare screening of the 1933 Max Ophüls film Liebelei on Wednesday, but Wednesday is, of course, April 4th, and not April 6th, as we reported.  If you show up at the Portage on the 6th - Friday - you will not see Liebelei but a showing of Ghostbusters, the film Ophüls had originally intended to make as the follow-up to his masterpiece Lola Montes, but never completed, due to the disastrous reception to Lola and the fact that Bill Murray was only seven years old at the time of Ophüls 1957 death. 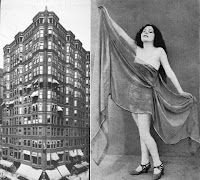 It was Holabird and Roche, and not William LeBaron Jenney, as we reported, who designed the Tacoma Building.  In addition, Belle  Delevan was not the first female architect employed at Jenney and Mundie, as we reported, but was, in fact, a highly regarded exotic danseur at Haverly's Theatre during the 1907-08 and 1911-12 seasons.

The role of cats in the subprime mortgage collapse was, in actuality, not as decisive as we reported in our post of January 14th.

Charlie Sheen has not, in fact, ever won the Nobel Prize for Chemistry.

The Slough of Despond was not, as we stated in a March 3rd post, one of the original 13 U.S. colonies.

On revised consideration, that dress does not, as we reported in a post on February 17th, make your butt look fat.

Contrary to our post of March 5th, Mayor Rahm Emanuel never smacked himself in the forehead and exclaimed, "Gee, I could have had a G8!"

A suggestion in our post of March 14th was incorrect.  Holding an aspirin between your knees will not get you girls.

In our recent post on presidential candidate Rick Santorum, the statement about the sun orbiting the earth may have been exaggerated, and makes me want to throw up.

The statement you just read in the paragraph above about Rick Santorum's statement making me want to throw up was incorrect.  We're now thinking it was some bad mackerel.

ArchitectureChicago Plus regrets these errors.

Mr. Becker, you are a national treasure. I'm not sure what the acronym is but I did laugh out loud.