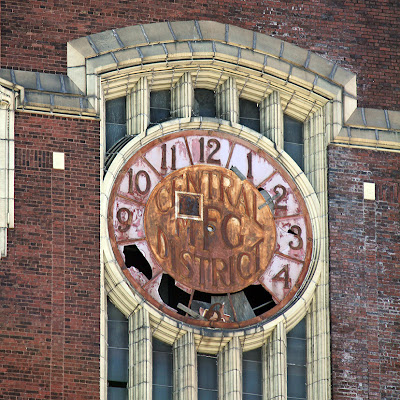 click images for larger view
Barring the organizers coming to their senses or my running off to Brazil,  I'm now scheduled to appear at the fittingly numbered Pecha Kucha #0 When Less is More, on July 19th, the first ever at the Louis Sullivan/Frank Lloyd Wright designed Charnley-Perksy House.  Pecha Kucha is the international phenomenon in which you tell your story using just 20 images, shown for 20 seconds each.  So the good news is that I can cause no more than seven minutes of damage in what will otherwise be a fascinating evening.

Unless someone stops me, I'm thinking I'll be talking about Chicago's Central Manufacturing District. First opened in 1905 on a half-mile square tract north of the old Union Stockyards, it's often referred to as the first planned manufacturing district in the United States.  Largely designed by architect S. Scott Joy, by 1915 it was home to over a hundred companies, now mostly forgotten, but also including Wrigley Gum, whose factory complex we wrote about earlier this year, in Four Buildings and a Funeral - Wrigley:  The Architecture that Remains after a Great Company Dies.

If nothing else, my talk will provide a perfect opportunity to pop out for a washroom break, a smoke, or some quality time playing Style Me Girl on your iPhone,  while waiting for more grounded lecturers to take the stage.  Tickets for the July 19th event, co-sponsored by the Society of Architectural Historians, are $15.00, and will include refreshments and the chance to inhabit one of Chicago's architectural masterworks.  Doors open at 6:00 p.m.; presentations begin at 6:30.  The full roster of presenters will be revealed soon, here.  Tickets go one sale July 5th, at the SAH website here. 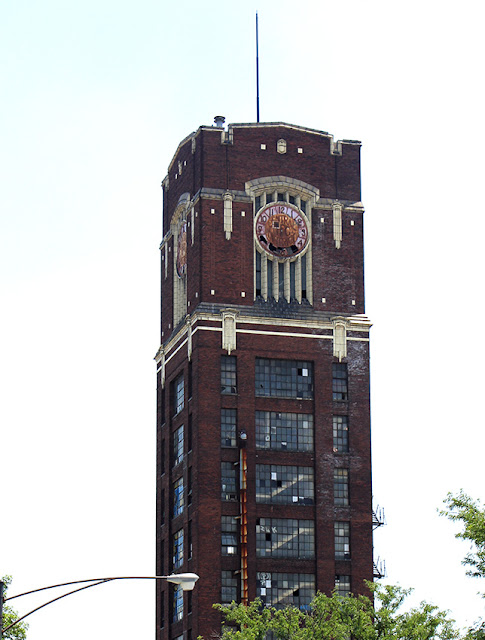