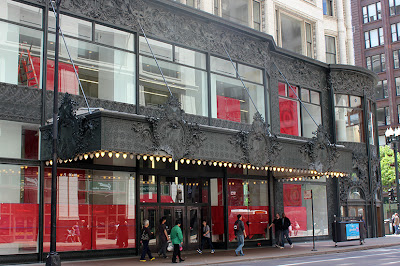 click images for larger view
Business Week writer Matt Townsend is calling it Target's "most radical experiment since bringing designer goods to the masses 15 years ago," and it's right here on State Street, in the landmark building Louis Sullivan designed over a century past for Carson Pirie Scott.  The department chain, like Lord and Taylor, decided there wasn't much future in Chicago's center city, and shut down their flagship State Street store in 2007. 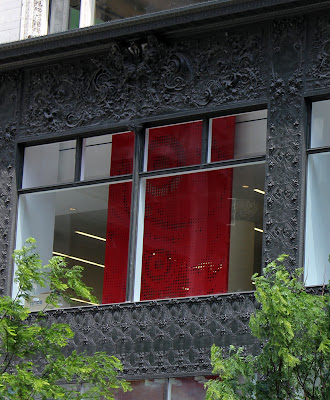 Yet even as traditional department store chains deep-sixed the downtowns,  the competitors who have been eating their lunch - big box retailers like Target, who built their empires on cheap suburban land, vast parking lots and warehouse-styled stores - are now turning to the city as the best bet to keep their companies growing. 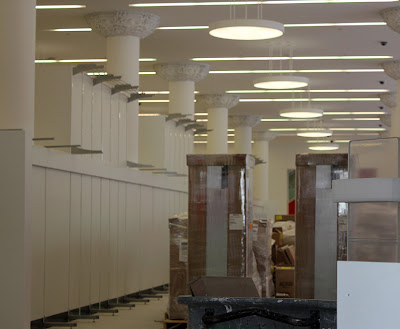 According to the Business Week story, in the first quarter of 2012, Target has added but one new location.   The smaller-sized State Street store is a prototype for growth via moving into downtown.  And so they're working on re-calculating their winning formula - athletic clothes rather than women's apparel at the entrance, smaller sizes and product lines suitable for apartment dwellers,  and - window displays.  The State Street store will be the first Target ever to use window mannequins. 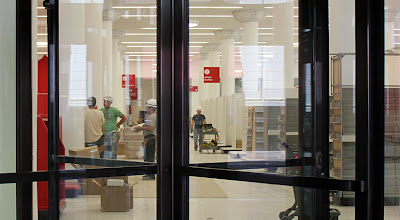 A DSW Shoe outlet has just opened south of Target, in the last Carson's addition on State Street, the design handed over, not to Sullivan, but to Burnham.  And more big changes for State Street on our their way.  Burlington Coat factory is going into the space recently vacated by Filene's Basement at 1 North State, and Old Navy is leaving its flagship store at State and Washington for smaller digs in the former Border's store at State and Randolph.  While The Gap told the Sun-Times' David Roeder that they'll continue to use the Washington Street building for "other concepts", the sale of the building last year for $23,000,000 would indicate that new, taller construction may be in line for the site, once home to W.W. Boyington's 16-story Columbus Building. 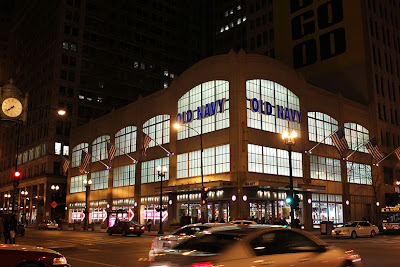 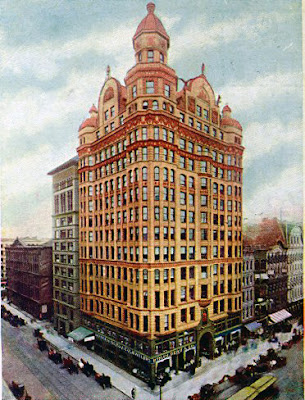 Target is scheduled for a July opening, with other in-city stores set for L.A. Seattle and San Francisco.  You can read the Business Week article - and see a striking rendering for the L.A. store - here. 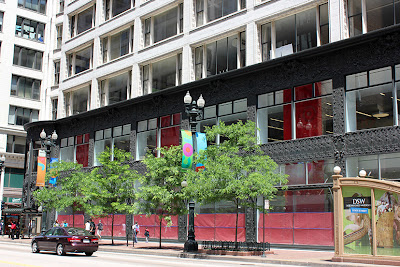 Factual correction: Lord and Taylor did not leave because "there wasn't much future in Chicago's center city." They left because their lease was up and GGP wanted to divide the space and get higher rent. L&T has said a number of times that it wanted to stay and that it's still looking for a new location in Chicago.

Rumor is Lord & Taylor may be looking at space in Block 37.