The Studio/Gang Campus North Residence Hall?  We're working on it.  So, for today, here's some late-afternoon shots of the new Earl Shapiro Hall at 5800 South Stony Island, undergoing the finishing touches for a fall opening. 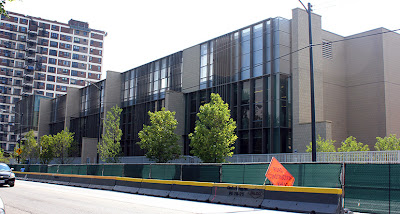 The new building is part of an expansion of the University of Chicago's Laboratory Schools, founded by educator John Dewey in 1896. 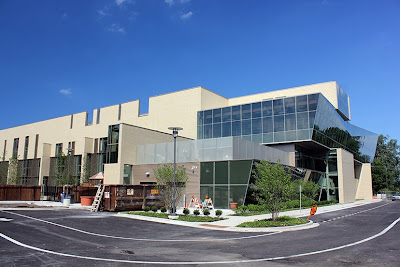 The structure carries the name of Earl Shapiro, grandson of the Russian immigrant who, from a 1911 beginning making ice cream cones, went on to found Maryland Cup and its Sweetheart brand.  Earl Shapiro's contribution was to push the company into plastic dinnerware.  A long-time local philanthropist, he died in 2008, the same year his family gave $10 million to the Laboratory Schools. 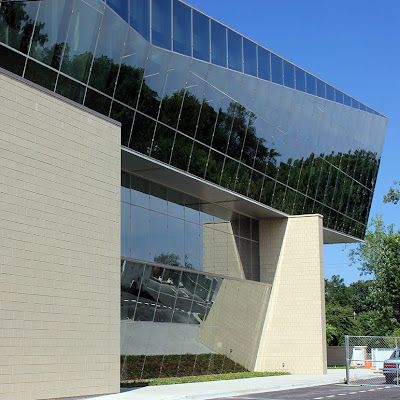 The 117,000 square-foot design is by Valerio Dewalt Train, with FGM Architects as architects-of-record, Rubinos and Mesia as structural engineers (with ARUP), and Mikyoung Kim Design as landscape designers. 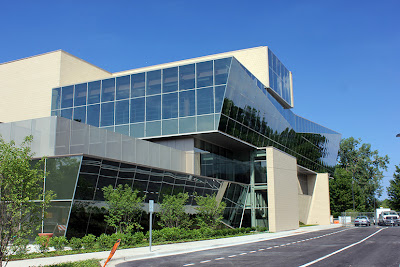 With no room to expand on its original 59th street campus, the Laboratory School is splitting off nursery school, kindergarten and first and second grade classes and moving them to the new building.  According to the U of C . . .


. . . Earl Shapiro Hall has been planned to optimize the Reggio Emilia approach to learning, an educational model [in which] the learning environment is meant to be another teach, stimulating natural curiosity and providing room for independent action.

The cantilevered porte-cochere offers views across Jackson Park towards the dome of the Museum of Science and Industry.  The new building is projected to support an increase in Lab School enrollment from 1,750 to 2,050 students.
Shapiro Hall was constructed on the site of Schmidt, Garden and Martin's Hyde Park Hospital, built in 1914 by the Illinois Central Railroad both as a public facility and to provide free care to its employees (friggin' socialists).  The IC sold the building in 1973, and it was bought by Doctors Hospital in 1992.  After racking up $60 million in debt, the hospital was closed without warning in May of 2000, and, after a abortive plan to replace it with a hotel, was purchased by the University of Chicago for $10 million in 2006.  It was demolished in 2011. 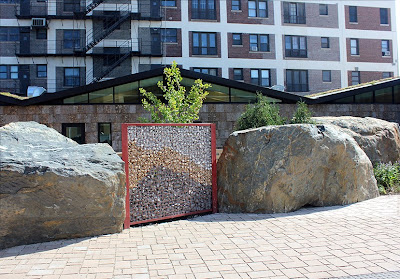 Also scheduled to open this fall is the $5.1 million, 13,000 square foot Child Care Center East child care center, just south of Shapiro Hall, designed by Wheeler Kearns Architects, with MIG landscape architects.  It will serve 124 children from six weeks to five years.  Wrapping around Shapiro Hall to the south and west, it resembles a series of cottages, and features a folding green roof, tree bark siding, and a play area enclosed with 400 tons of massive, multi-colored glacial boulders. 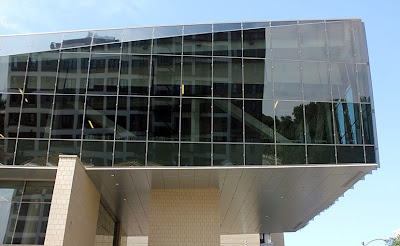 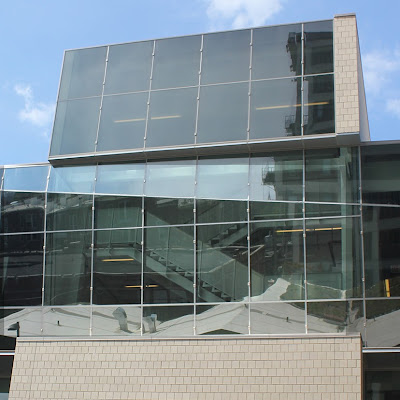 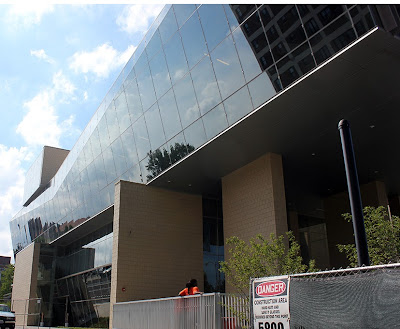 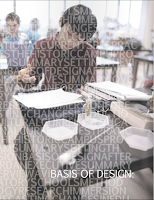