Holiday Excursion: Architecture Seen and Inhabited at Museum of Science and Industry and its anniversary show, 80 at 80, ripe for Dali-ance 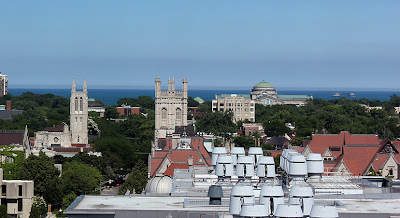 A couple of weeks ago we are out at the Museum of Science Industry, whose great dome rises in the Hyde Park skyline alongside the towers of the University of Chicago.  It's the last great structure surviving from the 1893 World's Columbian Exposition, designed by Charles Atwood for Daniel Burnham in the classical revival style , complete with Erechtheion caryatids . . . 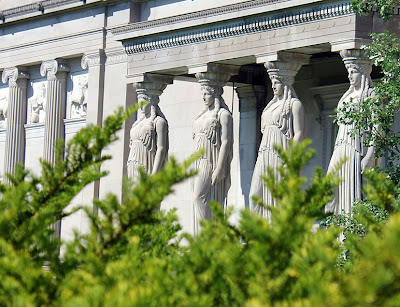 . . . that Louis Sullivan bitterly predicted would set back the course of American architecture half a century.  The summer after the exposition's closing, a great fire swept through the site and destroyed most of the buildings, but unlike those structures, whose timeless elegance came not from stone but sprayed concrete, Atwood's palace was built of sterner stuff, including a brick substructure to protect the priceless art treasures that it had displayed.

The building became the temporary home for the Field Museum of Natural History, but after the Field moved to its own home in 1920,  Atwood's structure was left to rot, until Sears Executive Julius Rosenwald spearheaded the effort to turn it into the Museum of Science of Industry. 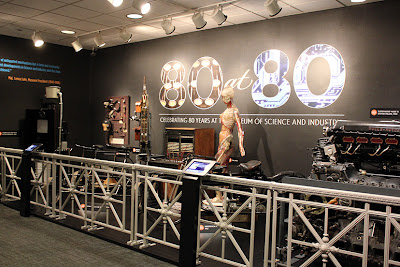 On June 19th, the MSI celebrated the 80th anniversary of its opening with a birthday party and opening of a new exhibit, 80 at 80, that reaches into the storerooms to give a timeline of mothballed items, many once quite popular, another moment in the sun.  The newest item of the 80, a Google Glass, was modeled by MSI President David Mosena before being put the display. 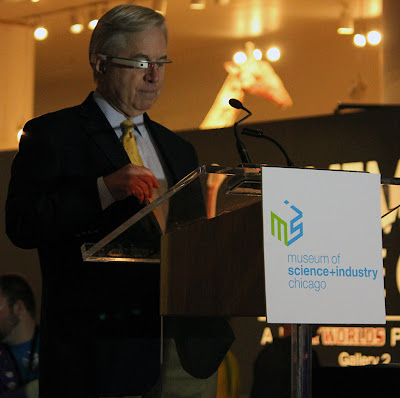 The party included the Jesse White Tumblers, a stroboscopic cake, and a big finale that included a rapid-fire sequence of science experiments . . . 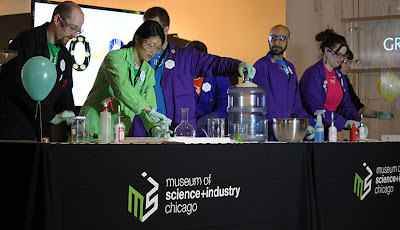 . . . of which an unexpected highlight was an errant spark burning a nearby 18-foot-high plasticine giraffe to the ground.* 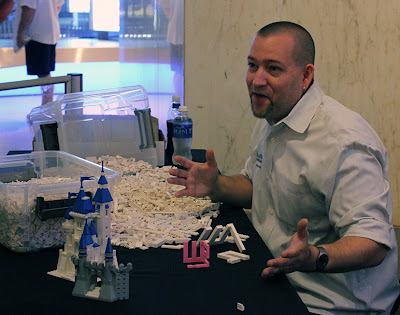 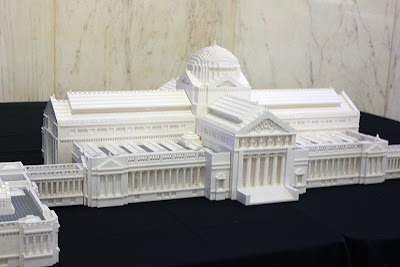 Among the architecture-related items in 80 at 80 are a model for the 1933 Century of Progress exhibition . . . 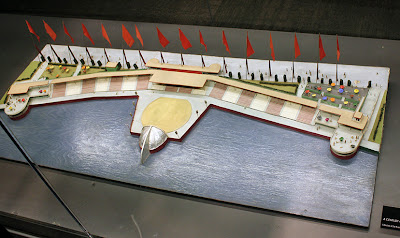 . . . Edwin Howland  Blashfield's painting of the Palace of Fine arts (a gift from Daniel Burnham, Jr. . . . 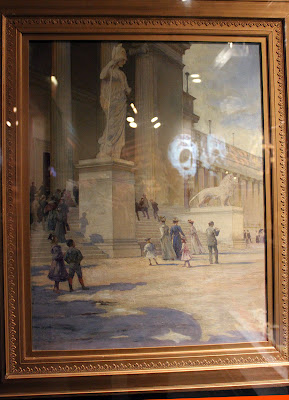 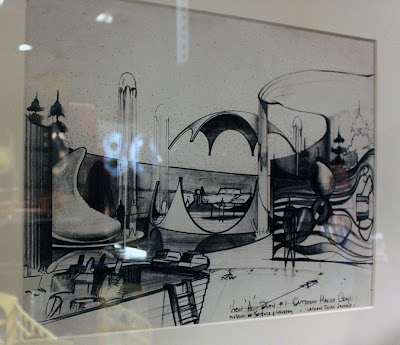 . . . and, best of all,  a Salvador Dali lithograph of the museum that demonstrates how much the art of architecture rendering would be improved if there were only more large nudes . . . 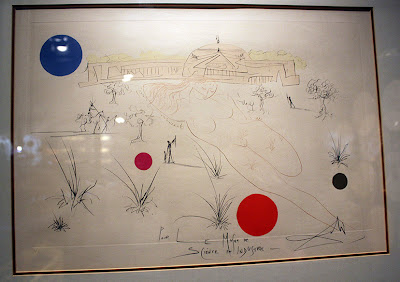 . . . and its great bronze doors with fourteen reliefs illustrating elements of science. 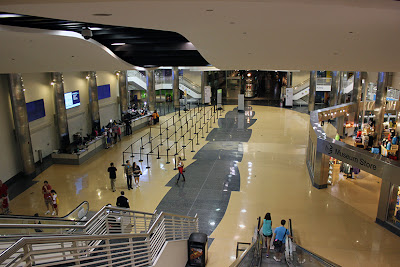 Fifteen years ago, visitors began to be redirected to the current subterranean shopping mall barn where they now line up in queues to to contemplate ticket options only slightly less complex than those for buying a car, and, with top prices of $35.00 for adults and $25.00 for kids, feeling nearly as expensive. 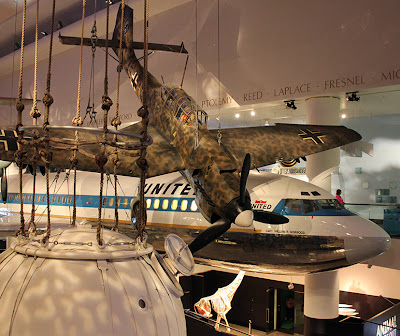 What endures at the MSI, even in our increasingly digitized age, is the sheer visceral rush of encountering tons of different cool stuff, often animated in increasingly sophisticated and instructive ways, filling to the brim the spacious, acoustically buzzy halls opening off the rounded atrium beneath the great dome. 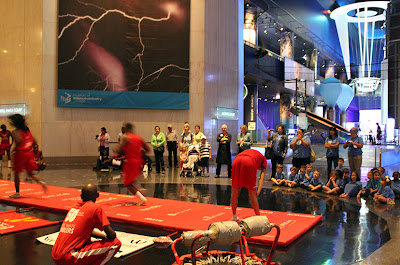 And after all this, it was comforting to still find, just as I remembered from my childhood, the 3-D printers in the basement . . . 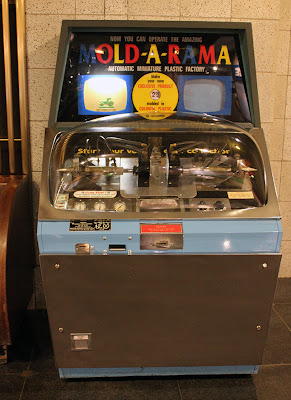 Legal Disclaimer:  portions of this article indicated by an ‘*’ may have been enhanced for dramatic effect.