What Could Be More American? For Independence Day, Charles Ives' Fourth of July

And as a follow-up, what could be even more American than Leopold Stokowski, an English cabinet-maker's son who came to America to successfully invent himself, complete with aristocratic Polish accent, as the romantic ideal of a symphony conductor, created the world-famous sound of the Philadelphia  Orchestra, married not one, but two heiresses, romanced Greta Garbo, shook Mickey Mouse's hand, and became one of the great and enduring champions of the new music of the 20th Century, even as he continued to lead orchestras into his 95th year.  America - what a country.

In the video below he see Stokowski in 1965, when he was a mere stripling of 83, conducting, only days after the world premiere with the same artists, Ive's Fourth Symphony, half a century after the composer's completion of a work so complex it requires two conductors.  (I vividly remember the end of a 1977 CSO performance of the Fourth where Gennady Rozhdestvensky responded to the thunderous applause by holding up the score to the audience.)

Have a Glorious Chicago Fourth! 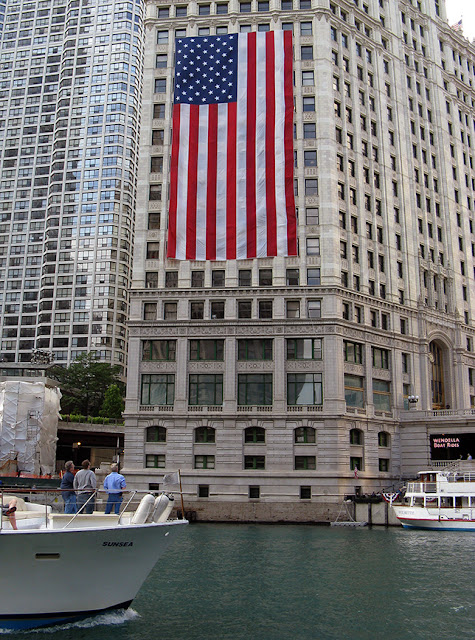