We Have a Winner! Place your bets: Willis Tallest Building Decision to be handed down Tuesday morning 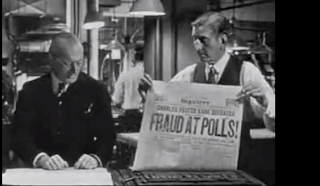 Update, Tuesday morning:  The CTBUH has just ruled the One World Trade gains the title of North America's tallest.   In response to a question from the Trib's Blair Kamin, the CTBUH denied they responded to political pressure.  "Ultimately, these were 25 rational people who made a non-emotional decision."  Five hour meeting, heated debate, one abstention.  Blair's report.  And the official press release.

For the title, Tallest Building in North America . . . 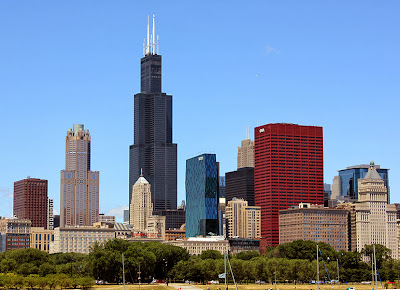 Will the Council on Tall Buildings and Urban Habitat's "height committee" (there's a marker outside the meeting room:  You Must be THIS Tall to Serve") declare that the antenna a "spire" and include it in measuring the building's height, thereby clinching the title for New York, or will reject the antenna as a gaming-the-system poseur, leaving the Willis winner and still champion?

I know, the suspense is killing you.  But you only have to wait until tomorrow.

On Tuesday, November 12, concurrent press conferences - 10:00 a.m. in Chicago; 11:00 a.m. in New York - CTBUH will announce its final decision.  I'm hoping we'll see a Le-Sacre-like riot breaking out in the losing city.  If the decision goes against Chicago, look for the Willis's 300-foot-high antennas to be quickly enwrapped in styrofoam and declared structural for a return match.

Freedom Tower, from Tragedy to Farce

Most of the attention has focused on the WTC's "is it a spire, or is it an antenna", but there has been little mention of the fact that the first 19 floors are basically just a big concrete block. Should that really count towards the overall height? Good thing it wasn't built in Chicago's marshy soil, it would have sunk right down into the ground.