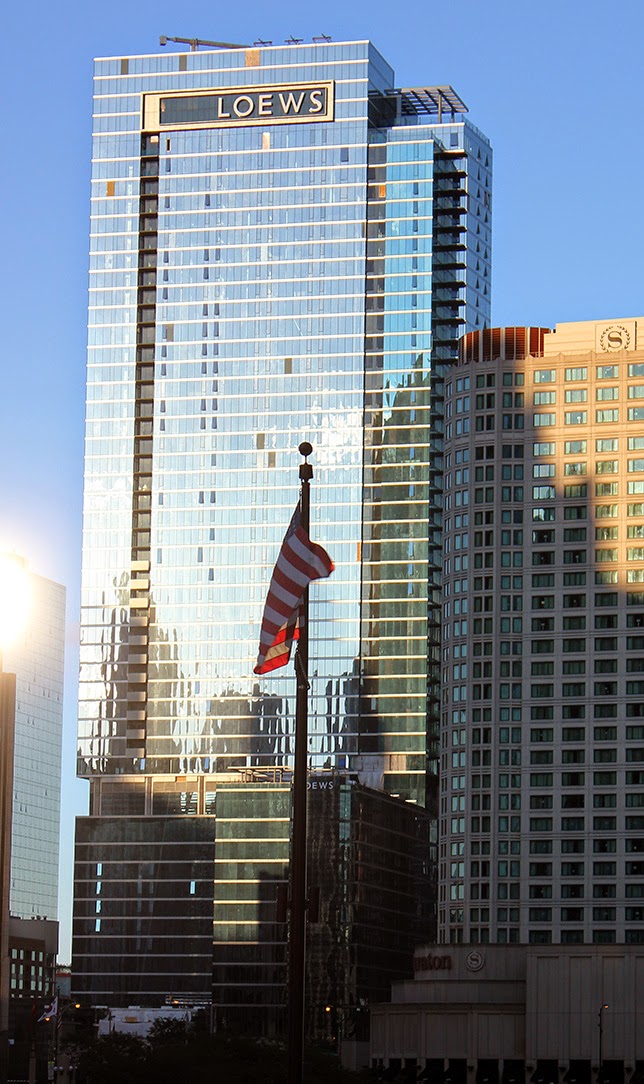 And no, there is no Mr. Loews, but there was a Mr. Loew - Marcus Loew, to be exact - the source of all things Loews, co-founding in 1904 the theater chain which went on to create powerhouse movie studio Metro-Goldwyn-Mayer.  When the Tisch family acquired the company in 1969, they killed the possessive apostrophe and Loew's became just plain Loews, which Tisch brothers Laurence and Robert merged into their growing hotel business, forming the conglomerate still known today as Loews Corporation, which sold off the theaters in 1985.

Photographs taken on the evening of July 16th, 2014, the 10th anniversary of the opening of Millennium Park . . . 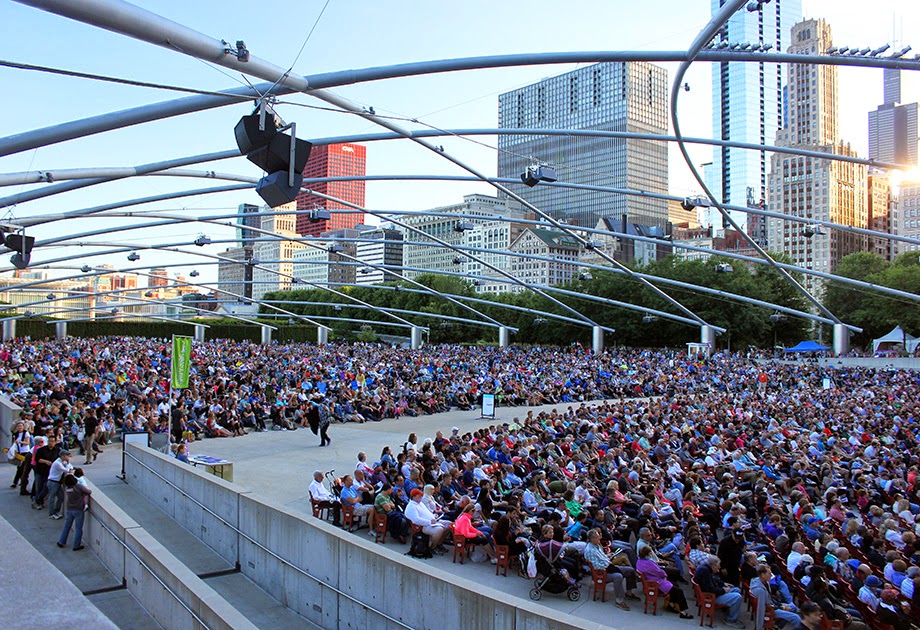 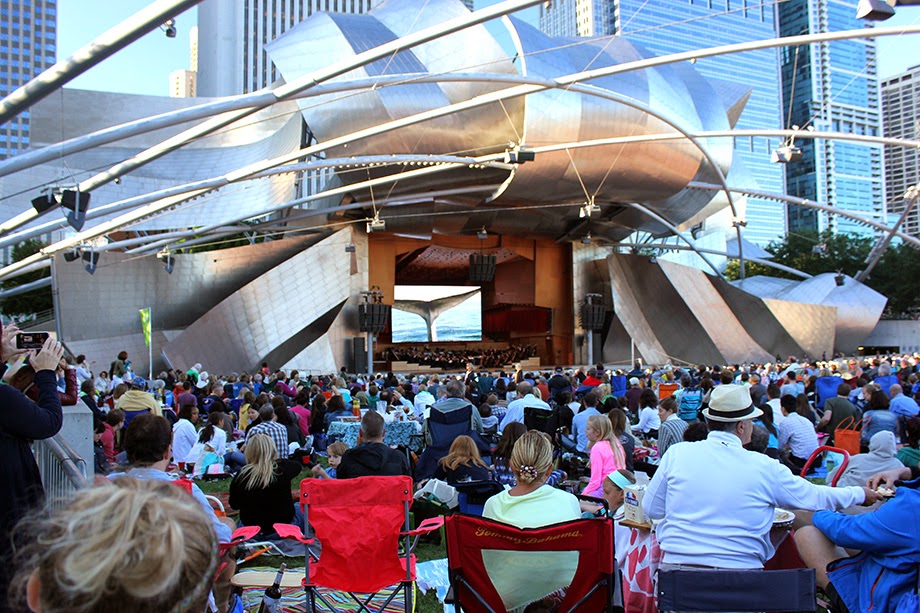 I thought there couldn't be a worse NAME treatment on a skyscraper than TRUMP's, but it appears LOEWS has trumped the Trump. That is just hideous. What an awkward placement, not fitting with the character of the building.

Maybe it's the angle of the lighting, but the rectangle with the name totally doesn't match the rest of the building. I'm really quite perplexed by this rectangle treatment.

The Loews sign is properly scaled, unlike the monstrously scaled TRUMP
sign. Hopefully a developer will build
on the sight south of the NBC Tower
soon, then I won't have to look at the
LOEWS Tower and the LOEWS sign every time I cross the Michigan Avenue bridge.

I like the Loews because it's designed.
Trump's is just some gaudy, bold, serif font. That's why it won't become an icon, much less Hollywood sign.

They should have painted it to look like a three dimensional sign, then it would have been trompe Loew