Four Years Past its Due Date, Striking Hotel Godfrey Readies for its Debut

Last month, Chicago Magazine's Nina Kokotas Hahn had a preview of The Five Most Anticipated Chicago Hotels of 2014.  First to debut will be the longest in gestation.  Construction on the $42 million dollar project originally named the Duke Miglin stopped in 2008, and for most of the next four years, the orphaned, uncompleted building remained wrapped in protective sheeting as the Mummy of River North.   Then in 2012, Oxford Capital announced they had acquired  the property and would be bringing it to completion as the Hotel Godfrey.

According to Hahn, The Godfrey is now set to open on February 1st as the first in a tsunami of new hotel developments destined to bring the rebounding occupancy rates of Chicago hotels back down to their previous perilous lows. 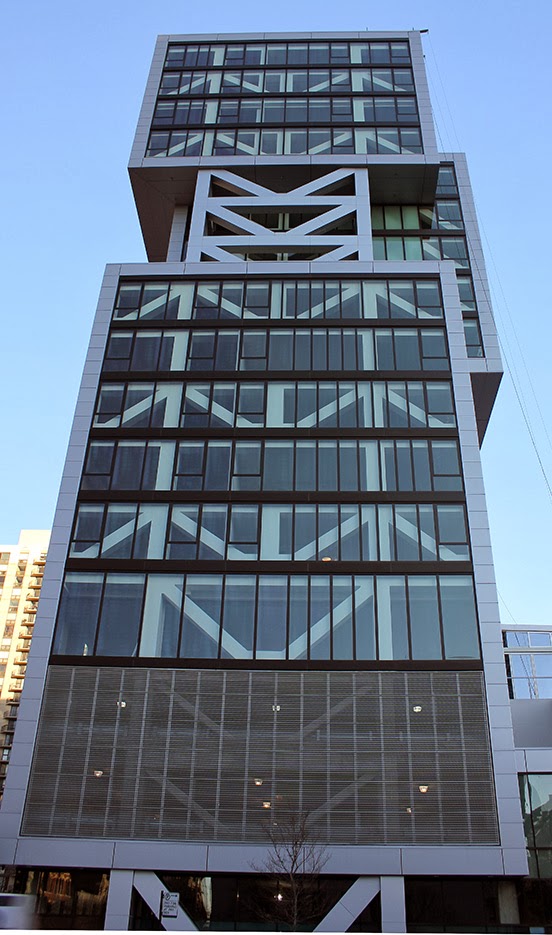 As finally realized, the vision of Valerio Dewalt Train architects looks to be a handsome addition to River North.   The curtain wall of the stacked volumes of the LaSalle Street elevation make up in drama what they lack in finesse, putting the building's innovative staggered truss framing on full display.   It'll no doubt look even more striking when lit from within. 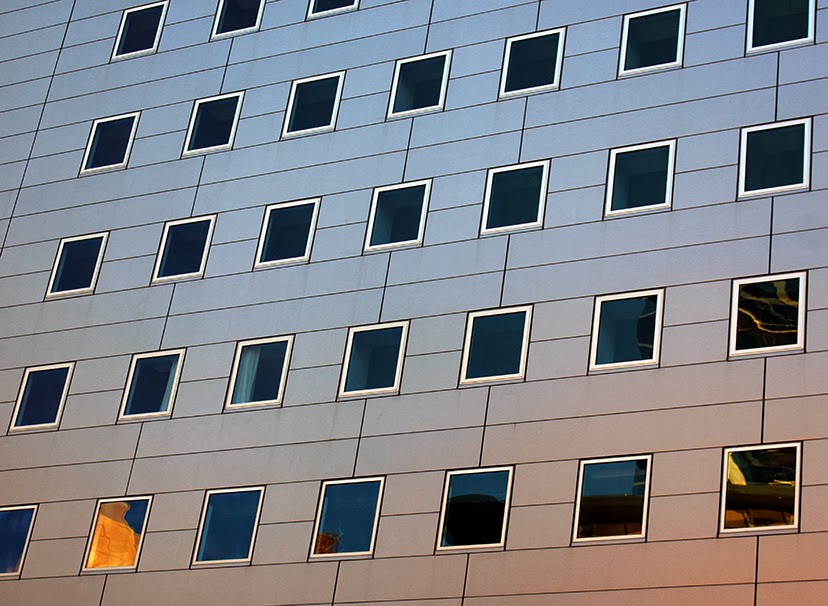 The longer, north and side elevations offer sculpted solid facades with grids of punched-in windows. 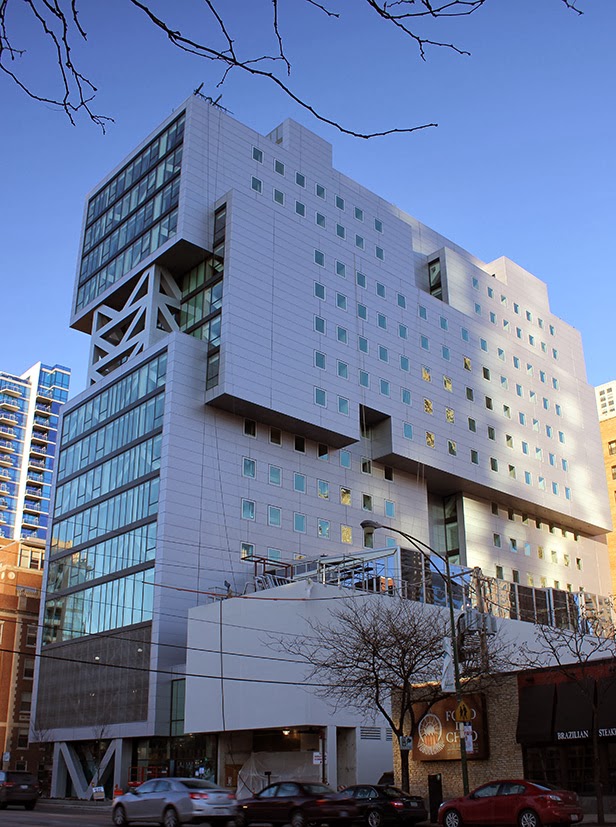 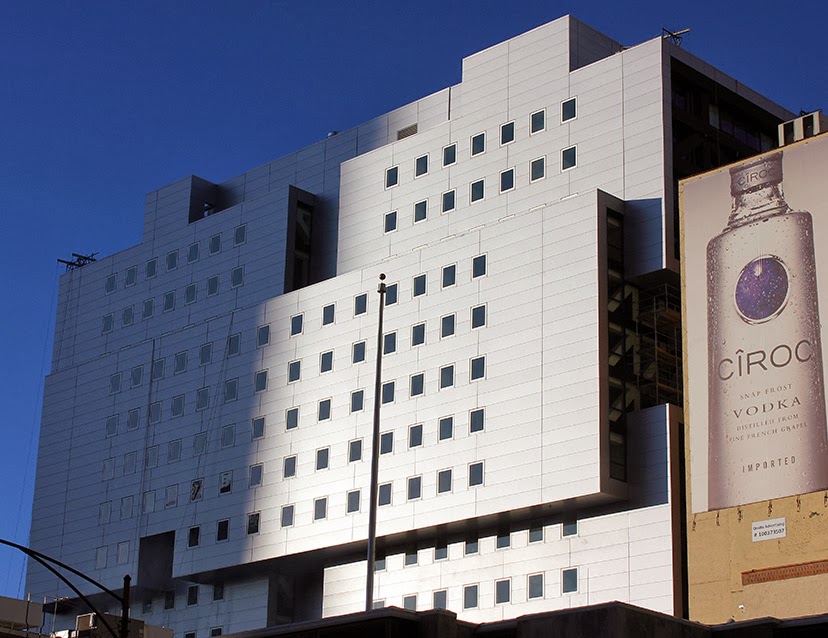 They actually resolve more cleanly than the spectacular short-end curtain wall, especially when set off against the traditional ornament trimmed masonry of Oxford's Hotel Felix, flush next door.

Mummy No More: Valerio's Staybridge About to Escape its Wrappings 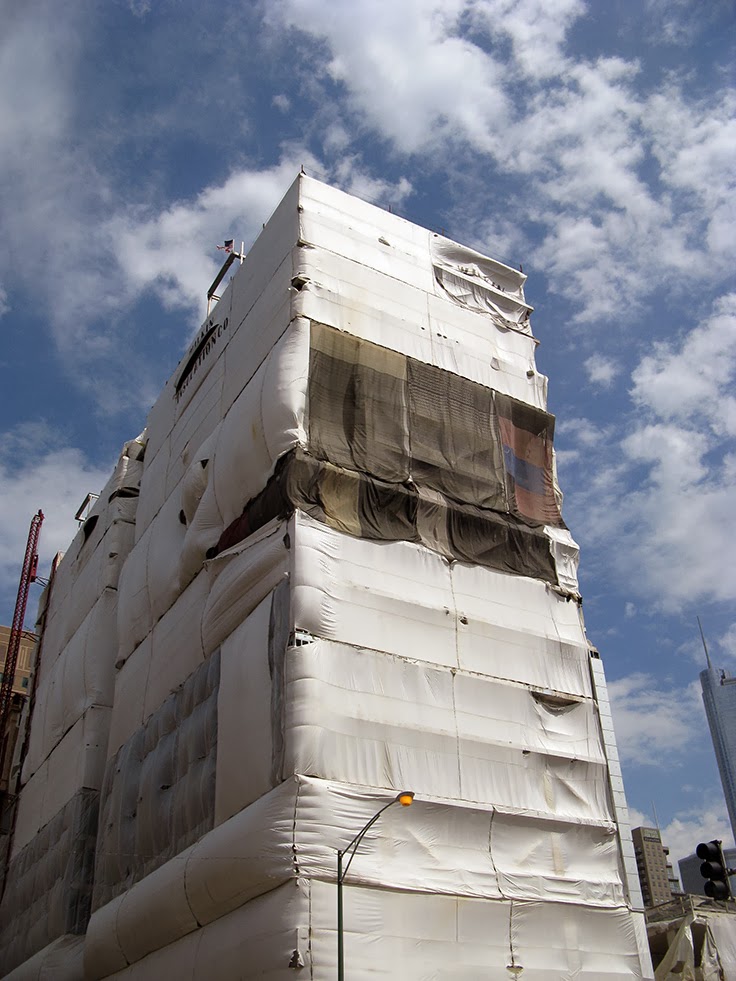 The Mummy of River North 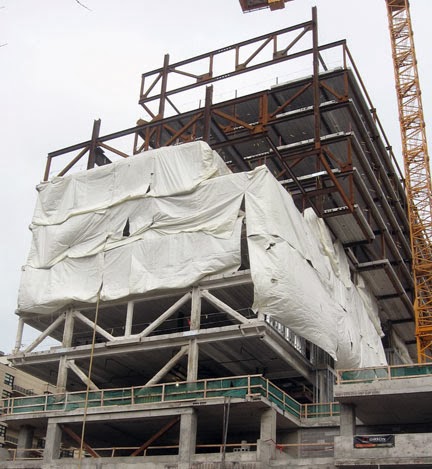 Staggered Truss: not as Painful as it Sounds 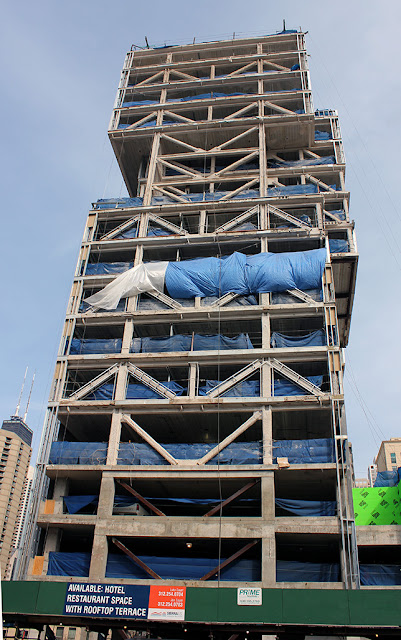 Striking? This is what passes for quality architecture in Chicago?

Not a huge fan of a lot of what's going up in Chi, but I really like this building. Mixes high-tech with postmodern windows and over-emphasized shifts in massing. Looks like a giant HVAC unit in a good way.