Beyond Superhighways and Supertalls: Jan Gehl's The Human Scale, at the Siskel Saturday and Wednesday 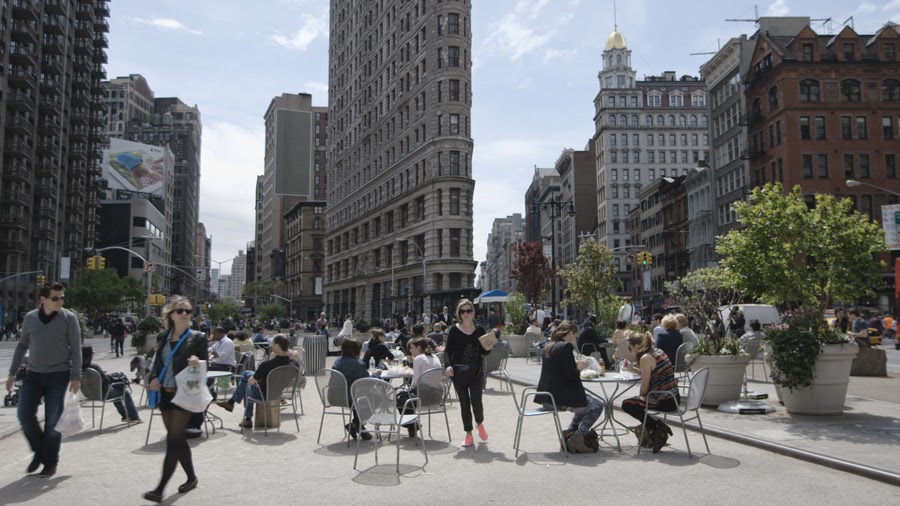 Saturday is filling up.  Yesterday, we reminded you of tomorrow's 11:00 a.m. open-to-public ceremony for the 2014 Richard H. Driehaus Award to Italian architect Pier Carlo Bontempi.  Now we've got another great event.  Late that day, Saturday at 5:30 p.m., the Gene Siskel Film Center will be presenting the first of two screenings (also April 2nd at 6:00 p.m.) of the 2013 documentary The Human Scale . . . 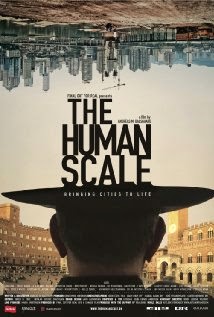 The future of Earth is cities, but which future will we choose? 50% of the world’s population now lives in urban areas, with 80% expected by 2050. Using the ideas of visionary Danish architect Jan Gehl as a jumping-off point, this lucid and engaging documentary investigates the possible scenarios offered by cities around the globe, from Bangladesh’s car-choked Dhaka to pedestrian-friendly Copenhagen to New York’s recently transformed Times Square to earthquake-leveled Christchurch. The results are varied, but the film’s case is compelling and convincing: the suburban, car-oriented culture of the past is a dead end, and the road to a sustainable future lies along bike paths and walkways.


Gehl has spent his career remaking cities and their public spaces to be attuned less as engineerings for circulation and development and more for human needs, as reflected in the title of his first book, 1971's Life Between Buildings, carrying through to his latest volume, How to Study Public Life.  His firm has prepared studies on urban interaction for cities from Christchurch to New Zealand, Melbourne, Sydney, Perth, New York  and London, with the reclaiming of urban streets for bicycles and pedestrians an ongoing theme.

The Human Scale's Rotten Tomatoes rating is 56% from critics, and 81% from the public.  Even the film's advocates describe it as  being a little dry, so don't go in expecting an urbanistic thrill ride, but as a visual portrayal of Gehl's ideas, it looks well worth checking out.