The Morning After of the (Not-Entirely)Great Chicago Fire Festival 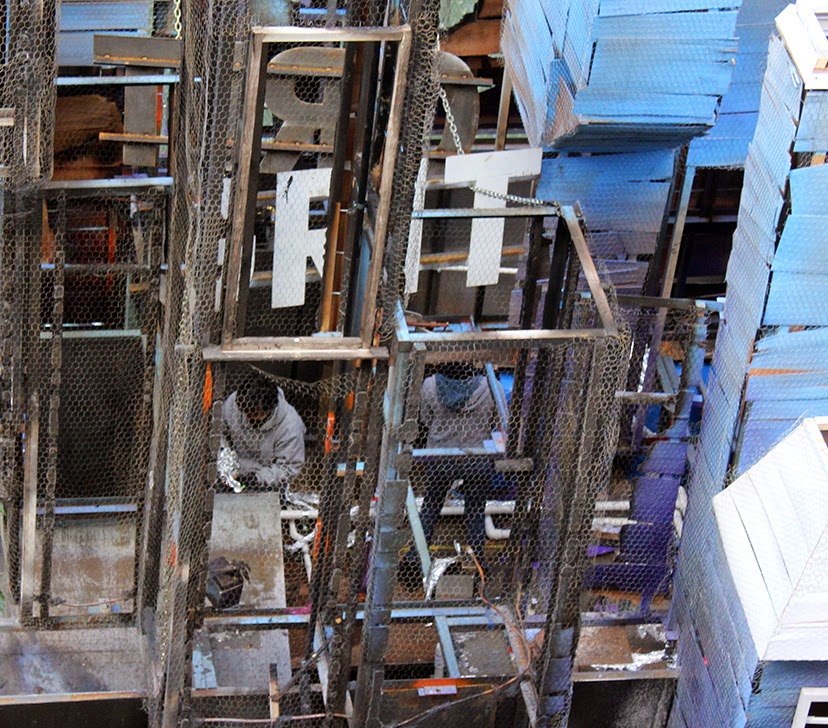 The morning after Saturday night's Great Chicago Fire Festival, the three structures representing the city that been floated into the middle of the Chicago River to burn up in dramatic fashion as the event's spectacular grand finale, remained dispiritedly intact, the letters of the messages that were to be revealed still largely secreted inside (Surprisingly, they did not spell out “Brought to you by Rahm”.) 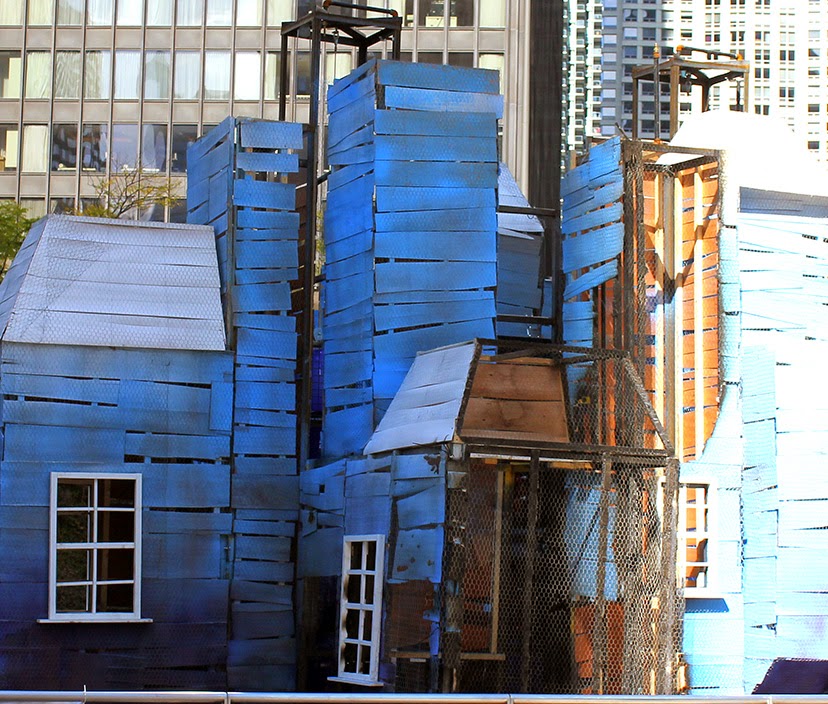 Sunday, a flotilla of techs boarded all three barges for the postmortem . . . 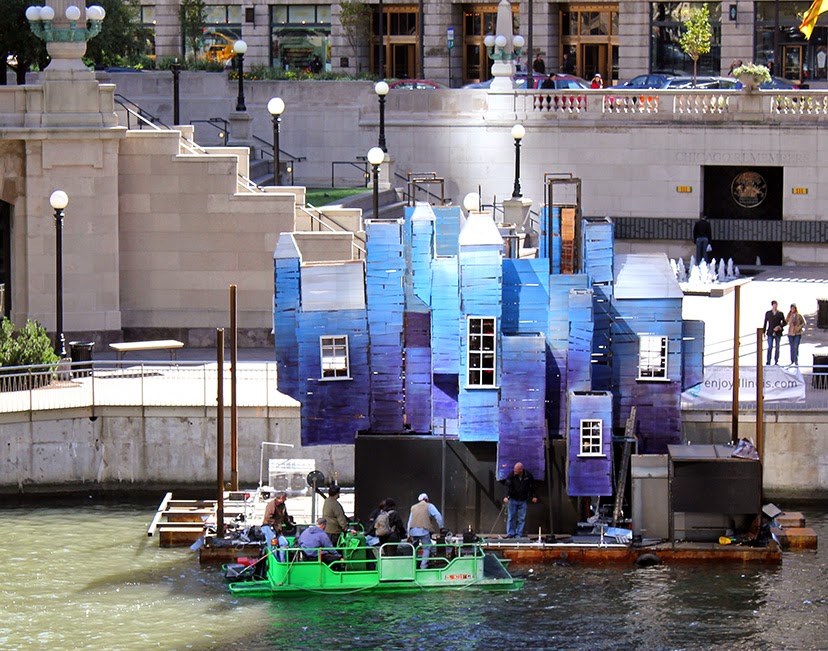 With electricians contemplating the wiring that had failed to set the river ablaze . . . 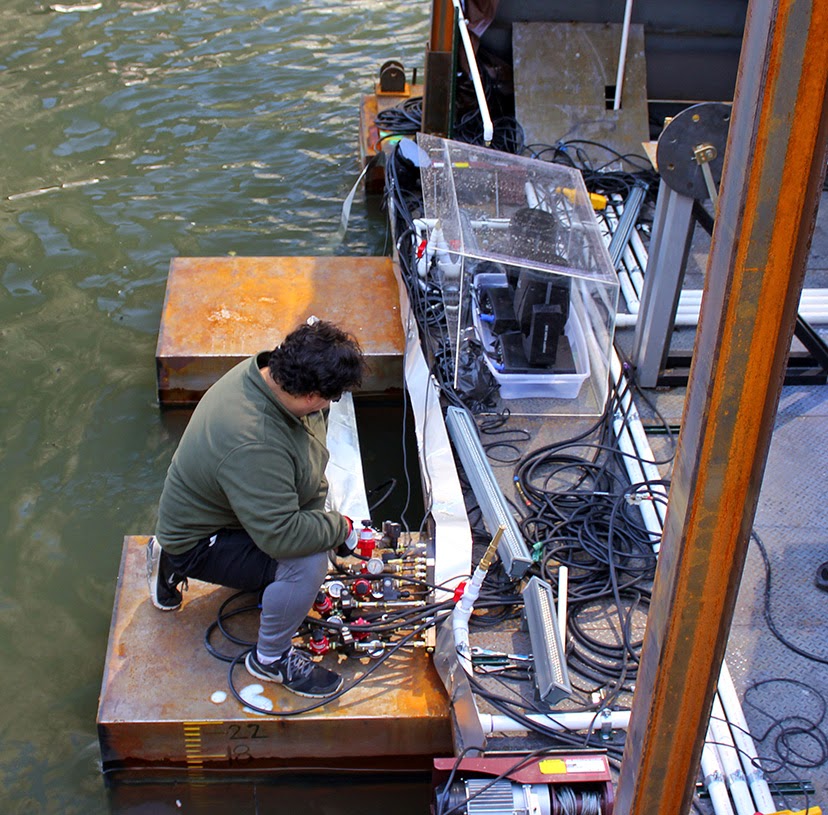 Tens of thousands of spectators had crammed the sidewalks and bridges to catch a glimpse of the $2 million spectacle, mounted by Chicago's storied Redmoon Theater Company. 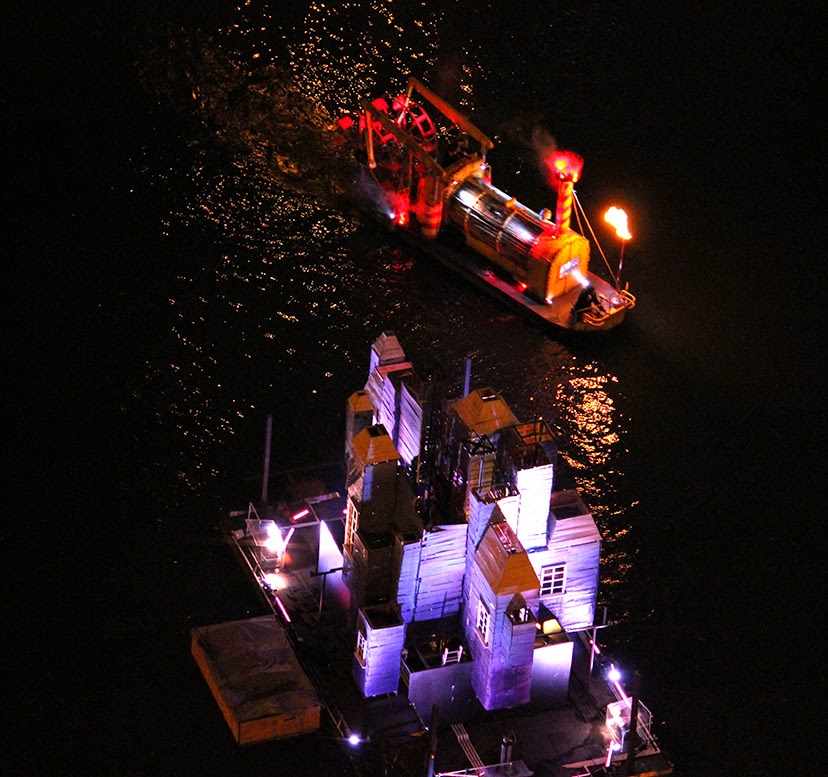 Earlier, to be sure, there had been music and food, fiery cauldrons, flaming buoys, and a floating locomotive that breathed fire, and after the bonfire fizzled, the crowd came alive for a final fireworks show. Read Chris Jone's review here.

And the interminable waits for not much of anything to happen gave the spectators time to take in the architecture of Chicago's spectacular riverfront, which was still there in its full glory and without a single singe the following morning. 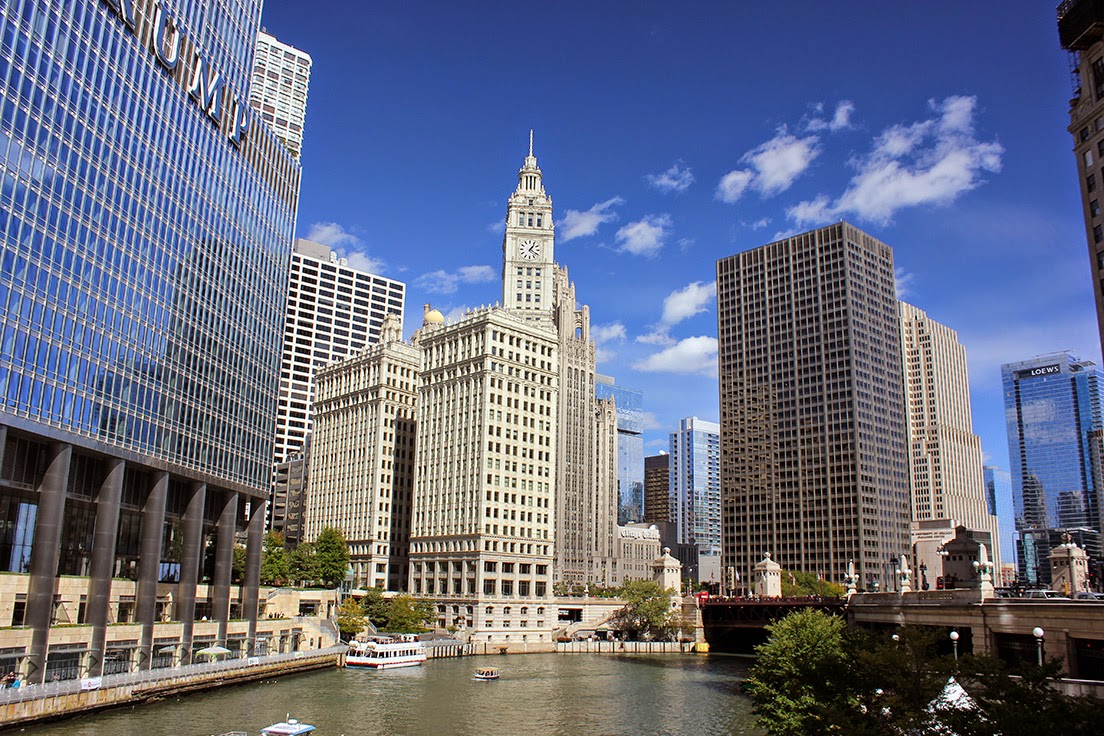