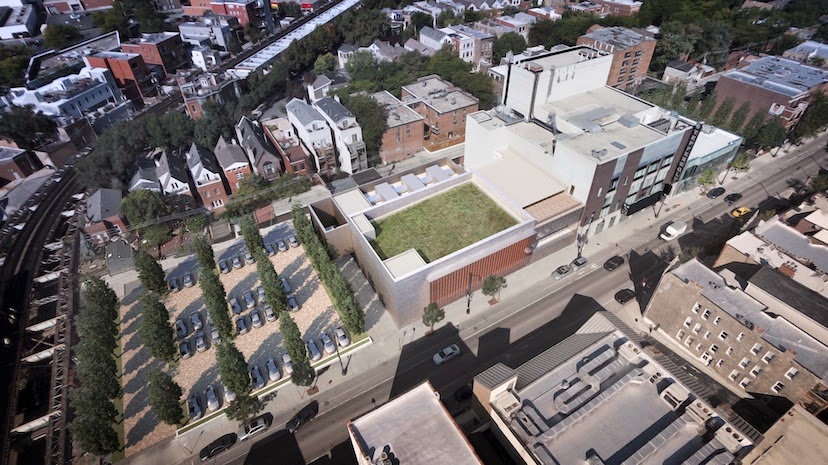 In place of that garage, there will soon be the forested surface parking lot of a new Steppenwolf Theatre Company "campus", which was part of a series of major announcements on the storied Chicago stage's future. Key among these is Anna D. Shapiro taking over from Martha Lavey as the company's artistic director in the fall of next year. Also announced was a major new architectural initiative, designed by Gordon Gill of Adrian Smith+Gordon Gill Architecture with theater and acoustical consultants Charcoalblue out of London . . . 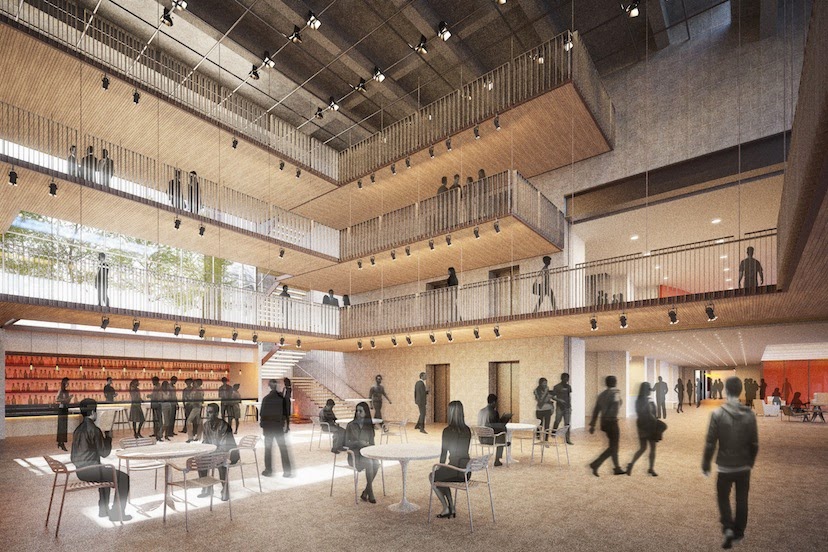 The vision for Steppenwolf’s future plan will expand and unite its campus, adding two buildings that will complement the intimate 500-seat main theater. A new facility south of the main building will house a 400-seat theater to replace the temporary Upstairs Theatre and a Public Square atrium dedicated exclusively to audience engagement and community building. To the north, the newly renovated building at 1700 North Halsted will serve as the Lab at Steppenwolf, housing a black box theater, a flexible space for community and teen programs and offices for artistic, production and administrative staff. The lobby of the existing main building will also undergo major renovation, allowing the three structures to connect seamlessly on the ground floor

Steppenwolf had bought the then uncompleted parking garage in 1994 after it had been abandoned by its original developer, along with the 36,000 square-foot lot it stands on. 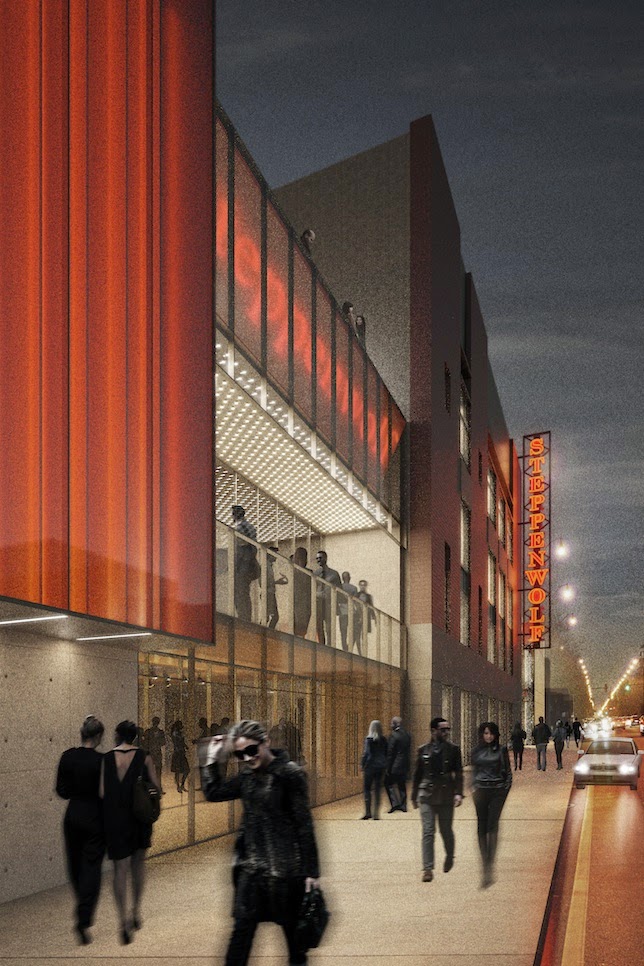 40-year-old Steppenwolf, founded by Jeff Perry, Terry Kinney and Gary Sinise, has come a long way from its origins in a Highland Park church basement. Steppenwolf currently mounts an average of 16 productions a season on three stages with annual attendance exceeding 200,000 people. Last year, the company's acclaimed production of Edward Albee's Who's Afraid of Virginia Woolf won three major Tony awards after its transfer to Broadway.
Construction will be in phases, as old structures are replaced by two new ones. No price tag or final completion date was announced.  In today's press release, Gill promised "a unified campus that connects with the community and utilizes a palette of materials that are of Chicago, and on a scale appropriate for the neighborhood.”
(Click on time for permalink) 12:36 PM