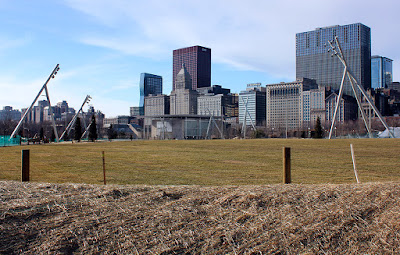 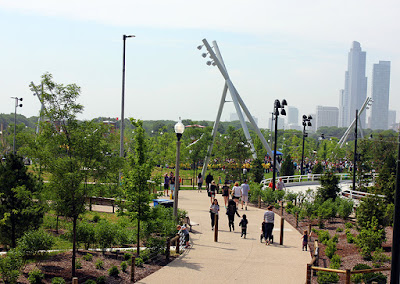 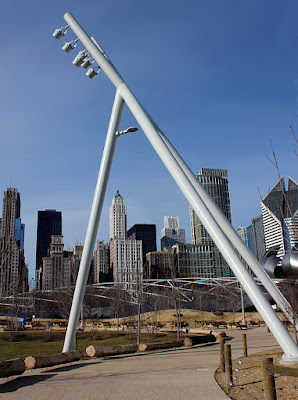 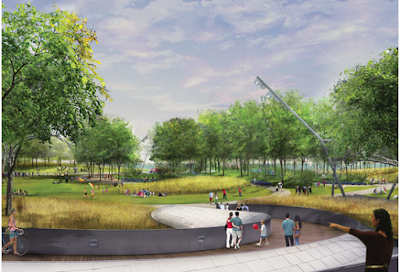 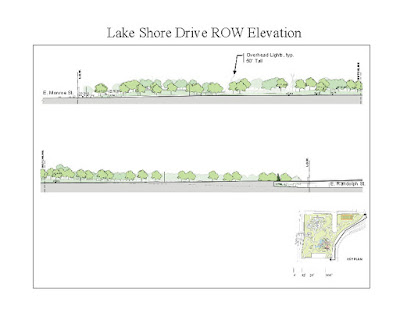 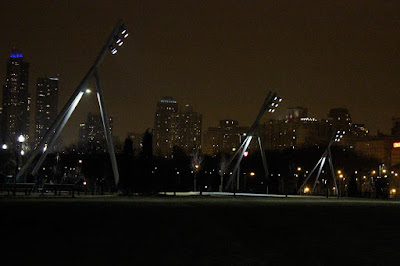 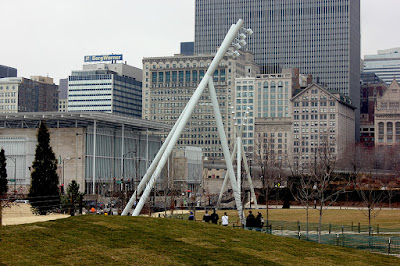 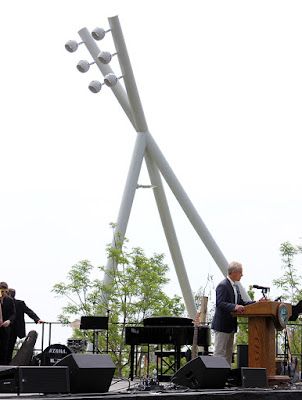 The lights go in a different visual and material direction than the log playground, so the view towards the park from the southeast, that used to be quite elegant in large part due to the trees, appears cluttered and dissonant.

The log playground is an aesthetic disaster. It has the appearance of an oversize suburban deck, constructed by a weekend woodworking hobbyist. Placing this in a such a prominent location, with the urban wall/skyline as backdrop is an extremely flawed design decision.

It's definitely an interesting choice for lighting - though hearing the explanation makes it make a little more sense. Of course, it'd be nice if they could have made the lights work with what's in the park more - it's just a little TOO jarring!