A reminder that Tuesday, September 29th, will see an architecture-centric edition of Pecha Kucha Chicago, where presentations are brisk and visual, each one done in 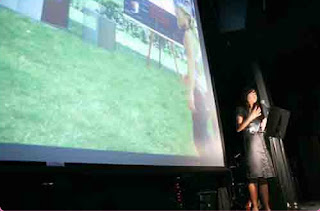 20 slides at 20 seconds each. The special Burnham Plan Centennial edition will take place at the Chicago Tourism Center, 72 E. Randolph, site of the exhibition, Big. Bold. Visionary. Chicago Considers the Next Century.

Presenters for the night are scheduled to include both Tracey Dear, 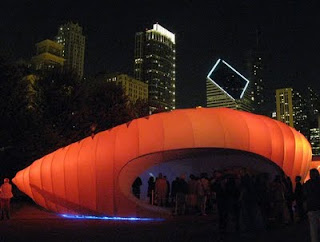 the architectural lightning designer whose colorful nightime illuminations added magic to the two Burnham Pavilions designed by Ben van Berkel/UNStudio and Zaha Hadid, and Thomas Gray, whose striking short film on Burham and Chicago was invisible during the largest part of the summer in its intended venue, the pavilion by Zaha Hadid Architects, because the design leaked so much daylight into the interior as to make daytime projection impossible. Also on the schedule is a presentation by cartographer and historian Dennis McClendon.

Architects abound on the night's agenda:
And, on a down note, there will also be . . . me, talking about what may be Chicago's last great show, the 1948-49 Chicago Railroad Fair. On the plus side, I'll have pictures to divert you from my Ben Stein-like drone.

Again, it all takes place this Tuesday, September 29th, at the Chicago 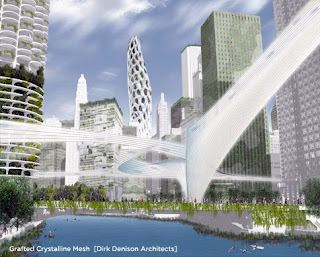 Visitors Center, 72 E. Randolph. Doors open at 6:00 p.m., program starts at 7:00 p.m., concludes by 9:00 p.m. or so. The co-emcees will be Pecha Kucha Chicago's Peter Exley and Julie Burros, Director of Cultural Planning, City of Chicago Department of Cultural Affairs. Tickets are $25.00, and can be purchased here.

And, by the way, the Big. Bold. Visionary exhibition has been extended, through October 11th. We hope to be writing more about it soon (apparently there's a law I can't write about an exhibition until just about when it's supposed to close - I think it's a federal law.) It's an important show with a lot of great work from of Chicago's most creative architectural minds, whose concepts will engage you and encourage your own thinking on where Chicago's future should lie.