The story goes that when Pope John XXIII was asked by a reporter how many people worked at the Vatican, he wryly replied, "About half of them."

I'm not quite sure what that has to do with anything, but Iker Gil of Mas Studio and his band of 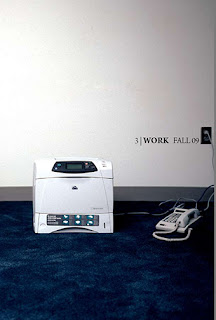 contributors have just brought out the latest version of Mas Context, an on-line quarterly journal on "issues that affect urban context." The Fall issue is a collection of eight essays that . . .

. . . explores how WORK is changing the landscape of our environment and determining the decisions that are affecting our cities. WORK diagrams economy, analyzes workplaces, studies appropriation of public space, interviews entrepreneurs, and portraits isolation.

It's not by accident that one of Andreas Larsson's photographs in Mas Context's Empty shows a chair holding a copy of S.M.L.XL, the iconic collaboration between architect Rem Koolhaas and graphic designer and futurist Bruce Mau. Mas Context captures that book's combination of inquiry and eye-catching graphics, leading off with Work Review, a snappily charted portrait in statistics of work worldwide. 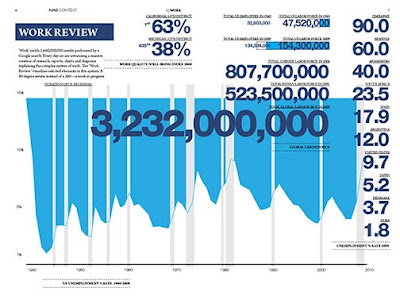 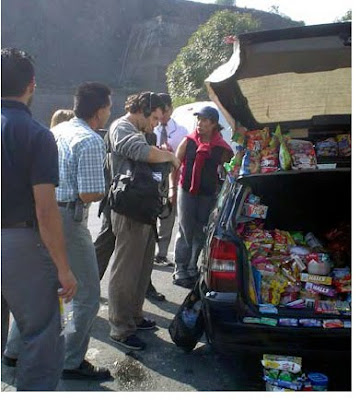 Maria Moreno's Public Works: Reinventing Street Vending in Global Mexico City zeroes in on one of the poster children of the new global economy. Santa Fe, Mexico, just outside Mexico City. Not long ago, it was made up mostly of sand mines and a massive garbage dump, the principal population 2000 garbage pickers. What better place to convert to a home for transnational companies?

The new Santa Fe has 10,000 residents and 100,000 workers. No new urbanism here, just a Corbusian hellhole, shorn of the master's great parks and design genius: skyscrapers, a shopping mall, few pedestrian crossings, almost nothing within walking distance. The only vitality comes from a small guerrilla army of street vendors, creating the only the true urbanism in this arid landscape when the usually deserted streets fill with office workers fleeing their cubicles to buy snacks and hot lunches sold out of the trunks of cars, Maxwell Street redux, where the vendors, probably the only poor people still allowed in Santa Fe, will also take your order on their cell phones. 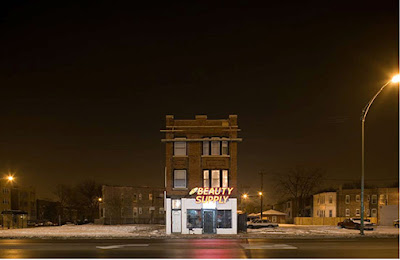 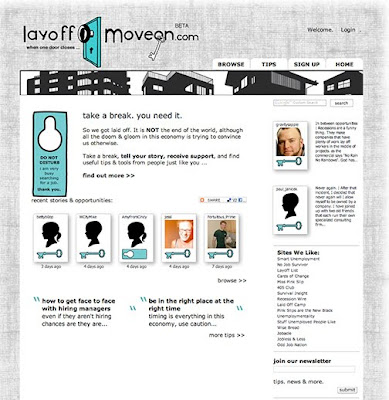 Iker Gil interviews Jessica Lybeck, co-founder of the layoff moveon.com website, a sort of Facebook for the laid-off, where they can advance their job search and forge bonds by creating a profile, chronicling the story of their layoff, and talking about their talents, job-seeking adventures, and ambitions.

In Farmer's Work architect Kathryn Clarke Albright looks at how farming and the city. Agricultural labor efficiency increased from 27.5 acres per worker in 1890 to 740 acres in 1990, but now the number of small farms is increasing by 2% a year, with an emphasis on organic farming and farmers markets, which have exploded in number from 1755 in 1994 to unofficial 4800 in 2009.

And there's more where that come from, including two videos available on the website. Work is a great read or you can just look at it for the pictures. The entire edition can be downloaded, free, in pdf form, here.

The next Mas Context promises a issue on Living with Winter. It's due out in December, but, boy, we could really use the help right now.