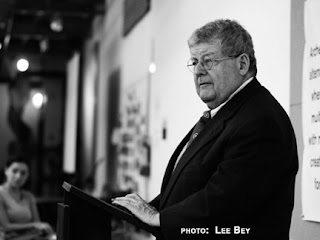 Schools of Architecture (ACSA) today announced the awarding of its 2008 Topaz Medallion for Excellence in Architectural Education to Stanley Tigerman, who has influenced and worked with generations of Chicago architects, as well as the moving spirit, along with co-founder Eva Maddox, behind Archeworks, the city's alternative design school.

The award "honors an individual who has made outstanding contributions to architecture education for at least 10 years, whose teaching has influenced a broad range of students and who has helped shape the minds of those who will shape our environment."

From the AIA release:

In a culture that struggles to grasp a deep or broad understanding of the power and delight of architecture, Tigerman has been a remarkably influential and effective advocate of the profession we love and the work we do,” wrote Jane Weinzapfel, FAIA, principal of Leers Weinzapfel Associates in her nominating letter. “Tigerman is a nonpareil instructor whose impact on the students he has taught formally and informally for so long is magnified many times over by the informed and passionate love of architecture those students, now teachers and practitioners themselves bring to the world. 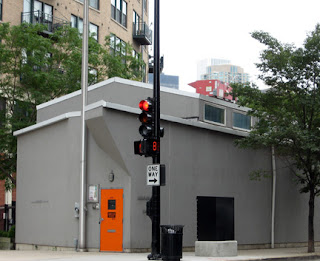 The award comes as Tigerman, 77, is preparing to pass on the reins to Archeworks, which he has been running with Eva Maddox since they co-founded the institution in 1993.

Archeworks is sponsoring a January 16th symposium, Passing the Baton: The New Generation of Design Leadership in Chicago, at which the schools new co-directors are scheduled to appear, along with a panel of Chicago architectural illuminati including:
The panel will be moderated Ned Cramer, formerly curator at the Chicago Architecture Foundation and now Editor-in-Chief of the new Architect Magazine, who in a recent editorial

expressed a desire to crawl back into the womb of classicism, which he equates with the teaching of "traditional design."

"Tradition", of course, is what the great orchestra conductor Arturo Toscanini once defined as "the last bad performance." All great architecture draws on the past; most bad architecture, including much of what passes as "traditional design," merely parrots it. The Tigerman-McCurry website talks of tradition, not as a generic slather, but as having its roots in "the Chicago architectural tradition of innovative design, as well as construction."

It should be an interesting evening.

I hate to say this because he is old and stuff but OMG!!!, am I on crazy pills? Am I the only person that can see that Tigerman is absolutely horrible? Enough with awards and commissions for this guy. He is not even fun bad or cool bad or boring bad he is just bad bad and not in a good way. Archeworks is a carpet tiled hell hole where design goes to die.

The above comment was maybe a bit strong but I agree with its point. I fail to understand why certain members of the media and some professional treat Mr. Tigerman as if he is an expert. Huh? They also treat him as an acclaimed architect. Huh? His main accomplishment seems to be a colorful surname.

The above commenter has said something that others like have felt all along but have not bothered to say. The emporer has no clothes.

Please - Should Tigerman get an award for destroying UIC's program to? No wonder architectural education is a joke - this is who they look up to.

Sounds like a big evening of incest is at hand. Tigerman, Somol, Cramer.... YAWN!

Time to move on. Tigerman has left a legacy of favoritism and shallowness.

Ive often thought architects retreating into the sacred cloak of social concern or environmental evangelicalism seem to be running from failure. The new Homeless shelter is by far in my opinion his best work, however, much ado about nothing really imho.