And, no, it's not Vincent Falk's day-glow wardrobe or a spectator giving the finger just as the cameras turns on the onlookers waving from the other side of the glass. 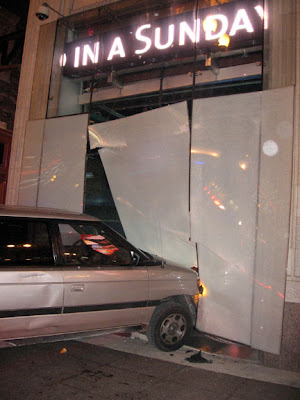 Minutes into Sunday's 10 P.M. newscast, viewers heard a loud crash. A startled look crossed anchor Ravi Baichwal's face as a silver mini-van crashed into the ABC7 Chicago studio on State Street, smashing a large plate glass window and leaving it in a precipitous incline into the space. In what bystanders described as a deliberate act by the van's driver after the driver was asked to move the vehicle, the crash occurred less than thirty feet from the desk from which Baichwal was broadcasting, in an area of the set used for studio-based sit-down interviews, thankfully unoccupied. The newscast continued, as a headline describing the incident soon began scrolling across the studio's animated ticker, just above the van and smashed window it was describing. 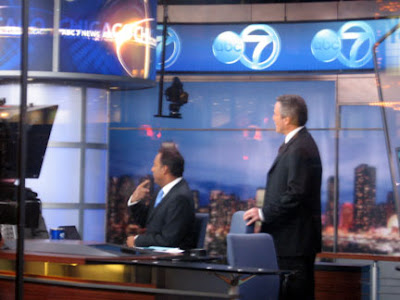 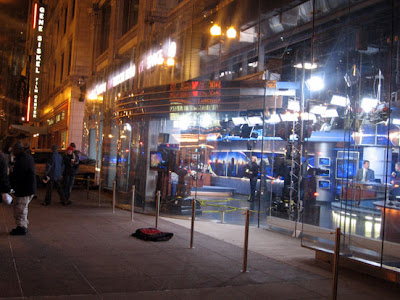 Hey, Ravi Baichwal - I wondered what happened to him. He used to be an anchor up here in Toronto on CTV Newsnet. Their studios are so far out of the city that nothing like this could have happened.

It's unfortunate what's going to happen because of what this person did. Now they're probably going to ruin the beauty of the studio (and State St.) with huge concrete barriers.