Anselm Franke on Jimmie Durham, at the Graham February 24th

In a late addition to the February calendar, Anselm Franke, Artistic Director of Extra City Center for Contemporary Art, Antwerp, will give a talk 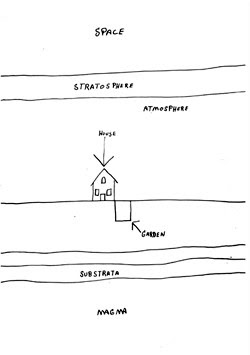 Durham, a Wolf Clan Cherokee born in Arkansas in 1940, was an American Indian Movement activist in the 1970's. His sculptures of the 1980's "radically challenged conventional representations of North American Indians." After moving to Mexico in 1987, and then to Europe in 1994, his work has become a quest to find ways of liberating stone from architecture's straightjacket of monumentality.

"I'm calling my thesis 'Against Architecture,'" Durham said in a 2005 interview with hEyOka magazine, "and I also mean 'Against Narration, 'Against Structure.'"

"I try to make art that's not connected to metaphor," Durham has , "that hasn't this descriptive, metaphorical, architectural weight to it . . . I already have an ongoing 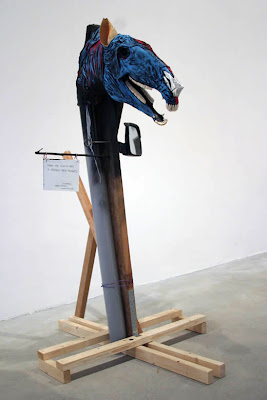 Franke considers his most treasured possession to be a work of art by Jimmie Durham given as payment for an article. He has written a major essay on the artist's work for the catalogue of Essence, a 2007 solo exhibition at the de Pury & Luxembourg Gallery in Zurich.