Out of the Rubble, a Bertrand Goldberg Gem Shines a Little Brighter 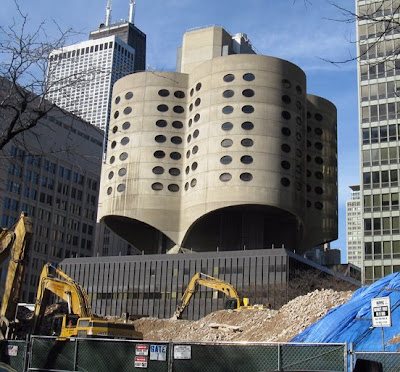 At the time they were constructed in 1975, the concrete cloverleaf towers of architect Bertrand Goldberg's Prentice Women's Hospital rose like a flower over their Streeterville neighborhood. Over the years, larger, taller buildings rose all around, squeezing Prentice to the cramped, shadowed confines of its lot lines.

Now, thanks to the destruction of a skyscraper that actually predated Prentice, we can again see the beauty of Goldberg's building in a more flattering perspective. The graceful, 17-story slabs of Schmidt, Garden & Erikson's 1950's Lakeside Veterans Hospital, just across the street, are now mere stubs, steep on the incline to oblivion, and their absence is giving Prentice a little temporary breathing room, casting its beauty in higher, brighter relief. 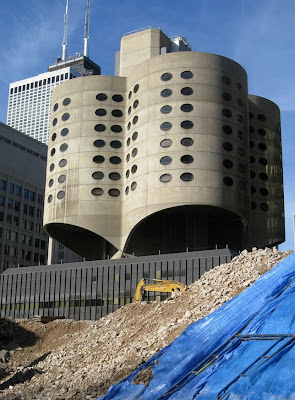 Let's hope the mountains of rubble above which Prentice now rises won't turn out to be an omen of its own eventual fate. In 2007, hospital operations moved to a new, 18th story, VOA, OWP&P designed tower at Chicago and Fairbanks. The Northwestern Hospital behemoth has spared Prentice for the moment, but there are no long-term guarantees, and the Goldberg work has no landmark protection. 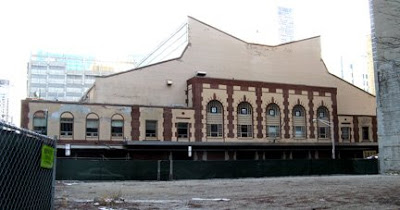 Water is sprayed like a rainstorm to keep down the dust rising from Lakeside's freshly crumbled debris, but a bit of death still lingers in the air. Just in the next block, another remnant of Streeterville's past, the amiably eccentric former Chicago Riding Club, for decades the home of CBS Chicago and the site of the first 1960 Kennedy-Nixon debate, staggers toward erasure. 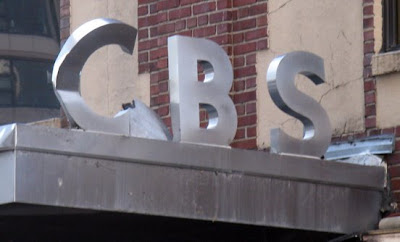 Loved the photos of the Goldberg pavilion. I can remember that quirky tower hidden in the cluster of buildings that make up Northwestern.

Living in LA for all these years, it's nice to reminisce.