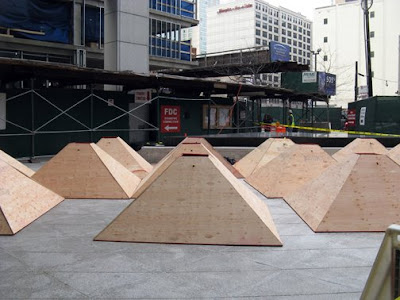 Those passing by the plaza of Kenzo Tange's AMA Building Thursday morning were confronted by what appeared to be a rogue art installation, a series of perfect plywood pyramids set in counterpoint to the diagonal seams of the plaza's paving. 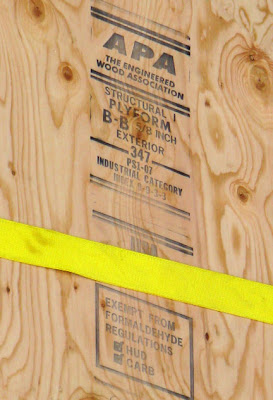 Actually, as a construction worker at the scene explained, the devices were about to be lifted onto the roof of the building's lobby pavilion to protect its skylights from the construction of the adjacent 505 North State Street. 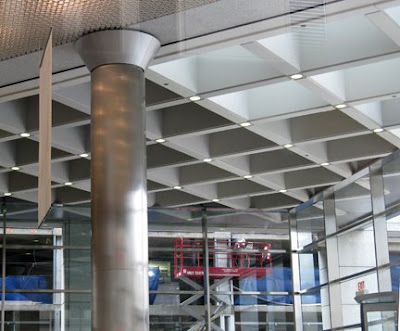 Why this protection was being provided after most of the construction has been completed was not immediately clear, but I'm sure I'm just missing something. 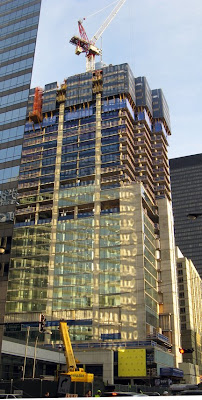 The construction guy estimated the pyramids would be removed by the end of June, after which they will be bundled off to the Art Institute and put on permanent display in the garden of Renzo Piano's new Modern Wing. 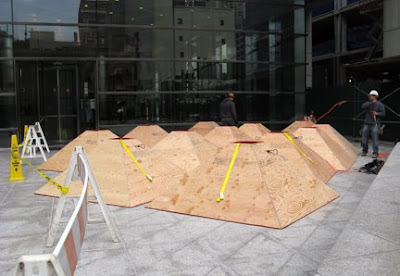 I'm sure they could donate it to a skatepark or something. Olympic spirit and all that.