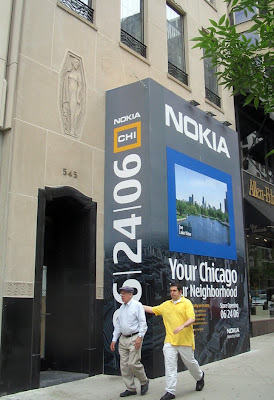 Crain's Chicago Business is reporting that, after only three and a half years, Nokia is closing both of its United States showcase stores, including its outlet here, in Philip Maher's stately Jacques building at 543 North Michigan. 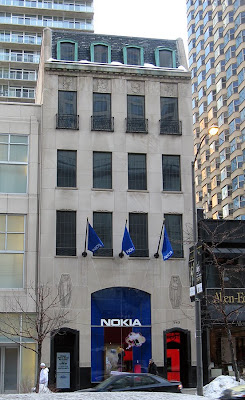 Nokia never got around to carving cell phones into the hands of either of the two bas relief women above the doors. They remain very much an expression of their time, when high fashion was expressed not in high tech gadgetry but designer gowns. 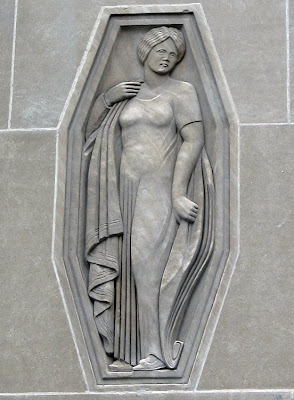 Reports that the site will now become the first American site for a ZhuZhu Pets store remain mere rumors. Personally, I'm holding out for making it the elegant Chicago outpost of Peeps & Co. 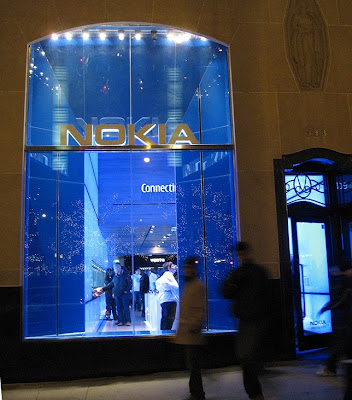 The women are clearly wearing an early prototype of the Snuggie (TM).

I could see Abercrombie and Fitch liking this location for one of their flagship stores. These days, only big name mall brands can fill up spaces like this.

I forgot about this little gem..another reason to honor Philip Maher. What was the name of red brick georgian style building he did that was torn down on the other side of Michigan? I think it had sort of large Paladian windows on the 2nd floor and it may have had Stuart Brent books in it?