For a publication with no 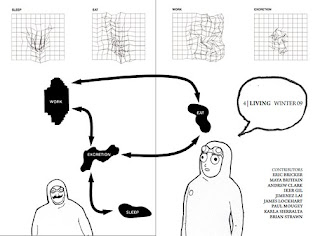 visible means of economic support, MAS Context manages to keep churning out great content, for sure. Case in point is Living, the just-issued Winter edition of the quarterly edited by architect Iker Gil. It's another real keeper.

Your Living is Not My Living, And That is Fine
, is how Gil titles his 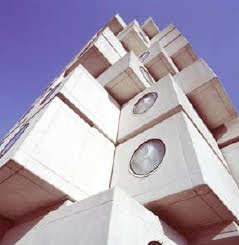 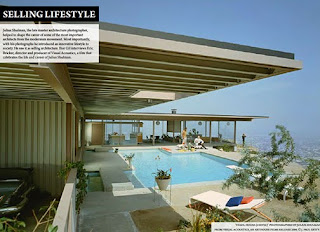 living in Venezuela's Maracaibo, a boom town where gasoline can be bought for next to nothing but water for a family of four runs $300 a month. There's a fascinating interview with Eric Bricker, the director of Visual Acoustics, the documentary on legendary architectural photographer Julius Shulman that derives its title from Shulman's description of the interior of L.A.'s Bradbury building, featured in films from Jack Nicholson's Wolf to Ridley Scott's Blade Runner. The 90-year-old+ Shulman's response to Bricker's proposal to create a film on his life could well become my new manta: "Well, I don't see why not."

For his photoessay Assembly Required, Andrew Clark has actually taken the time to count up all the packages, steps and pieces 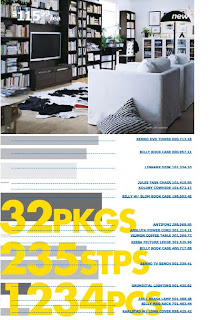 required to put together all the furniture featured on individual pages of the Ikea catalogue (this living room, at 32/235/1234, will send chills down the spine of even the most dedicated DIYer).

Pride of place, however, goes to Living in Cabrini, where photos of the infamous housing project run next to vivid memories of former resident James Lockhart to provide one of the most eloquent expressions I've ever encountered of the actual experience of a specific architectural space.

There's much more, it's all good, and it's free. Check out Mas Context here, and download the Living issue here.
(Click on time for permalink) 7:32 AM