This weekend: Edgar Miller and Virtual 1893

Great additions to this weekend's calendar: 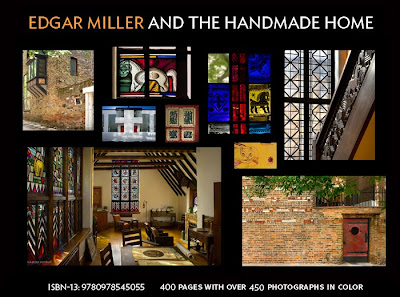 Edgar Miller and the Handmade Home: Chicago's Forgotten Man - this new book by Richard Cahan and Michael Williams documents in 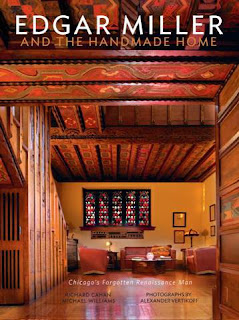 words and in striking photographs by Alexander Vertikoff the life and work of Edgar Miller, a chief creator of the north side Artists Colony that eventually evolved into Old Town, including the Carl Street Studios on Burton Place, as well as other works such as the murals for the Tavern club and artwork of the Fisher Apartments. (read my previous post on Miller here.) You'll be able to meet the authors and pick up a copy of this lavishly illustrated work at a series of book signings this weekend:

As the Burnham Plan Centennial celebration draws to a close, the MSI will again be offering a tour of the "virtual" White City, the incredibly detailed - and evolving - digital reality version of Chicago's 1893 World's Columbian Exposition. Dr. Lisa Snyder, associate director of UCLA's Experimental Technologies Center and UCLA Simulation Team, will present the latest version of their work. Chicago's Cultural Historian Tim Samuelson will provide expert commentary and undoubtedly have a few great stories to tell.

The boats you see in the simulation above were replicas of Columbus's ships, the Nina, the Santa Maria, and the I-Can't-Believe-it's-Not-India. The image below, taken from an MGM documentary short on Chicago, shows the Santa Maria replica in Jackson Harbor over a half century later. 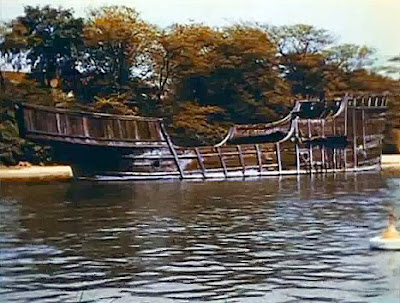