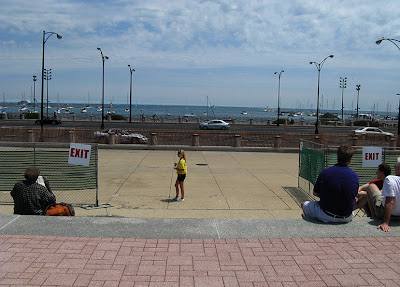 click images for larger view
The news about Grant Park just keeps getting better and better.  The Children's Museum plot to jam their bunker of a building into the park is dead.  There's a great new plan for the Daley Bi rehab emerging from Michael van Valkenburgh.  And in today's Chicago Tribune, Jon Hilkevitch is reporting that the city is in the process of reversing the 2005 shutdown of the crosswalk at Queen's Crossing that turned the route from Buckingham Fountain to the lakefront promenade a complete dead end.

The action, put in place almost overnight without discussion and debate, was one of the rotten fruits of the increasingly imperious last years of the reign of Richard M. Daley.  (One worker putting up the obstruction told a neighborhood resident it was because the mayor had been ticked off hitting the red light on the way to his Michigan summer home.)

According to Hilkevitch, the new stoplight will be activated only when pedestrians push a button, and it will include a countdown clock to keep them from getting stranded halfway across the drive. 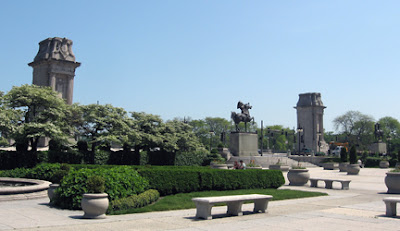 The reopening of the crossing unsevers what should be one of  Chicago's great promenades - an echo of the 1909 Burnham Plan - down Congress Parkway, between the Bowman and Spearman gateway, to Buckingham Fountain, and to Lake Michigan, itself.

Read: Restoring Burnham's Vision for A Grand Gateway to the Lake

Lost Panoramas Regained
Elsewhere, we've added two more events to the November Calendar of Chicago Architectural Events, both revolving around the publication of The Lost Panoramas: When Chicago Changed its River and the Land Beyond, which includes 150 never-before-published photographs from a stash of over 20,000 glass plate negatives taken in 1894 to document the mega-project that reversed the flow of the Chicago River.  On Monday, the 14th, the authors will be at the DePaul Art Museum, and on Thursday, November 17th, at the Peggy Notebaert Nature Museum an event marking the re-opening of the exhibition showcasing a number of the images blown up to a size where you can really appreciate the scale of the project and of the Chicago of that era.

Deansearch, IIT Edition
Meanwhile, architect and IIT professor John Ronan has set out an email seeking candidates to succeed the School of Architecture's Donna Robertson, who has resigned effective at the end of the Spring 2012. semester after 15 years as Dean. Robertson's tenure included the first major construction on the Mies van der Rohe designed campus in decades, bringing it into the 21st century with the addition of Helmut Jahn's State Street Village, and Rem Koolhaas's McCormick Tribune Campus Center, and keeping the faith with the restoration of Mies's iconic Crown Hall . . . 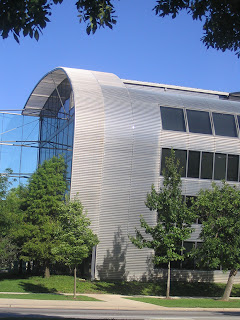 Through its deep commitment to a rigorous architectural education and its historic contributions to the legacy of modernism, the IIT College of Architecture enjoys an unparalleled international reputation. The College is one of the largest and most international architecture schools in the United States, with over 800 students from fifty countries and more than 100 full and part-time faculty members. With a pedagogy based in the synthesis of practice and research, IIT offers B.Arch., M.Arch., M.S., and Ph.D. degrees in architecture, as well as a recently accredited M.L.A. degree . . . 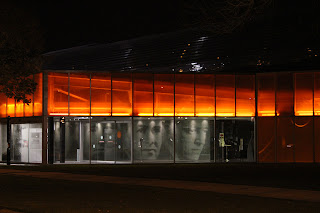 . . . The new Dean of IIT’s College of Architecture will have the opportunity to set the next vision for the school.  The Dean is the chief academic and executive officer of the College of Architecture and is responsible for all matters related to the management of the College.  In response to the College’s recent growth in students and faculty, the Dean will have an opportunity to oversee both administrative reorganization and the expansion of the tenure-track and tenured faculty.

We are seeking an architectural educator of the highest quality, with a deep understanding of architectural practice and its needs, with an internationally recognized body of experience in practice, research, and/or scholarship. The Dean will have a clear vision for leading the school to greater excellence by building on the existing strengths of the College and by thoughtfully expanding into new areas of education and research . . . 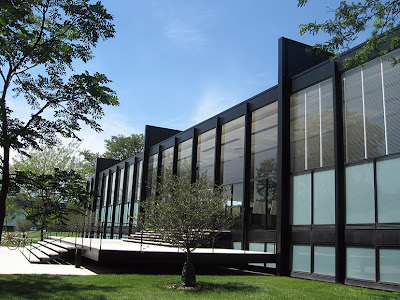